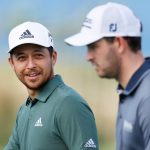 Xander Schauffele and Patrick Cantlay are top-10 players in the world. But will they benefit from the PGA Tour's new program?

It was only fitting that just a few hours after Golfweek reported the PGA Tour’s new $40 million popularity-related prize pool, two top pros unlikely to make the top 10 list addressed the media.

“You all seem to write articles saying that we’re ‘under-the-radar’ or ‘unsung’ or whatever — you guys have better adjectives for that,” Patrick Cantlay told reporters on Tuesday. He was sitting beside Zurich Classic playing partner Xander Schauffele, who was grinning.

No two Tour stars are better suited to speak to the new program than Cantlay and Schauffele. Or are they “Tour stars?” Both rank inside the top 10 in the world, which measures on-course performance. But neither is likely to crack the top 10 of the Tour’s new Player Impact Performance ranking, which factors in things like Google Search performance, social media engagement and Q rating.

In theory, the PIP would seek to directly influence the activity of pros like Cantlay and Schauffele. The prize fund would incentivize increased social behavior, and top players who aren’t yet household names might lean into the idea of becoming Tour-promoting content creators, too.

So how much is it affecting their behavior?

“We don’t know much about it, in all honesty,” Schauffele said. “It’s just sort of — apparently we were told about it in January, I was not made aware, Pat and I were in Hawaii, we weren’t made aware of this news, maybe we were and we forgot about it, but I can’t really speak on it.”

“Yeah, I don’t know any of the particulars on it,” Cantlay said. “So I’m just going to try and win as many tournaments and see how far up I can get on it.”

The timing of the Golfweek report coincided with the announcement — and ultimate disbanding — of soccer’s Super League. Schauffele compared golfers to soccer stars:

“I think all the top guys are with the most social media followers are the highest-paid and the best players, so in the league I don’t know too many players that would have a better social media account than their actual foot skills. So I like to relate it to golf and I think Pat said it right, wins and good golf take care of everything and the rest is secondary.”

“I can speak for both of us, we’re maybe a bit old school when it comes to that,” Schauffele said. “I’m not on my account — my brother helps run my account, Pat doesn’t even have an Instagram on his phone, neither do I anymore, so we’re hard to reach on there.”

Pros have always been incentivized to build up their popularity and social followings. Those numbers are tied to equipment sponsorships, ad deals, appearance fees and all manner of off-course revenue. Some players have leaned into those opportunities. Others have let their clubs do the talking (and the bill-paying). Will the new prize pool be enough to change their behavior?

“I think you want to — you do want to incentivize the top players to create content,” said Justin Rose on Tuesday. But he, too, seemed unclear on the precise purpose of the program or whether he thought it was a good idea.

“With media dollars being so astronomical these days and obviously four, five, six guys always being the ones that are being used to promote the tournament, I guess it’s just a way of trying to sort of incentivize them and help them out,” he said, then pointed out the counterargument. “Not that they need much helping out.”

“It’s just a way of maybe saying thank you,” he said. “Or, I don’t know. But obviously there’s lots of ways that that money could also be used in different ways to support the Tour. So there’s going to be lots of people with different opinions. But yeah, it’s going to be — I guess it’s been announced, so let’s just see what the reaction is.”

“I’m just not sure if I can keep up with some of the guys and do enough practical jokes to broaden my following to have an impact,” he said.

Cameron Smith agreed that he’d be unlikely to change his habits.

“It’s just another bonus for playing good golf, I think,” he said. “Yeah, just go out there, do your stuff and yeah, let the rest take care of itself.”

But Marc Leishman suggested the program has already shifted his focus.

“If you’re 11th in the FedExCup points or 9th or 10th or wherever you are and if you’re not active on social media and that costs you, it sounds like it could be quite a lot of money,” he said. “So I think, yeah, definitely it’s something that I’ve looked at and I heard about it a couple of months ago, I’m trying to become more active, just in case you do get a hot hand and start pushing that edge.”

So in total, are players fans of the new system? Rose summed it up best with a laugh.