Here’s the newest way to get into the Masters 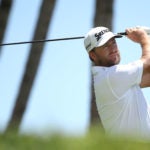 The Masters will now take an additional player.

Except he can’t be a part of either the United States or European Ryder Cup teams.

In a series of announcements this week related to the rescheduling of events due to the coronavirus pandemic, the PGA Tour said that the Corales Puntacana Resort and Club Championship will qualify as a regular event for the 2020-21 season – meaning that its champion will automatically qualify for the 2021 Masters. The tournament and its winner previously had not received that designation, as they had been scheduled against the World Golf Championships-Match Play event in late March, but it was moved to Sept. 24-27 – where the only other event on the schedule this year is the 24-player Ryder Cup.

The move will likely boost the field for the tournament, which had started as a Korn Ferry Tour event in 2016.

“I think I did a great job of adjusting my attitude and my understanding that these weeks are fantastic opportunities,” last year’s champion, Graeme McDowell, said, according to the tournament’s Twitter account. “It’s a PGA Tour event that still has all the perks with winning a PGA Tour event. I look at my approach last year as something that was very important. It’s all about how you view opportunities.”

No players from the 2019-20 season will lose eligibility for 2020-21. With the decision, no players will graduate from the Korn Ferry Tour at the end of this season.

“This eligibility update,” the Tour said in a release, “was deemed the best and most equitable solution for the membership at large after research by our competitions department and significant conversations with the Policy Board and Player Advisory Council.”

The Tour also said all winners from the 2020 calendar year, along with those who qualified for the 2020 Tour Championship, will be eligible for the 2021 Sentry Tournament of Champions, and the Tour said that for the remainder of the 2019-20 Tour schedule, the number of qualifying spots will be reduced from four to two.