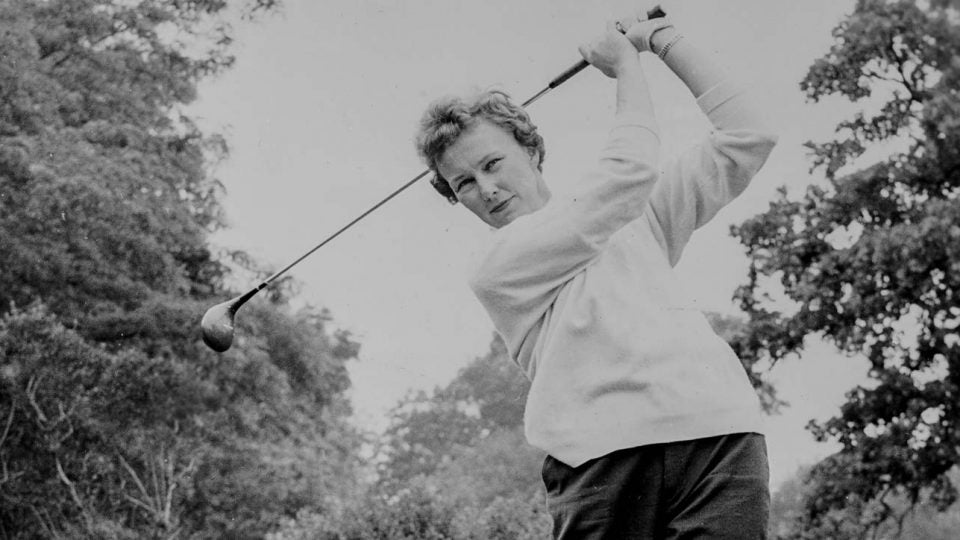 A million pieces have to fall into place for you to arrive in this world without a single swing thought and leave it as Bobby Jones, as Ben Hogan, as Arnold Palmer, as Mickey Wright, to cite the four golfers on the Mount Rushmore of American golf. (Yes, there’s room for only four, and you can’t be alive. Sorry Tiger, Jack.) Wright’s father grew up in Michigan. After graduating from the University of Michigan’s law school in 1910, he sought his fortune in greater San Diego. He moved there on a horse.

“My father told me, `You’d pass someone on the road, you’d tip your hat and move on,’” Mickey once said.

On that basis, Mary Kathryn Wright, who died Monday at 85, was born — on Feb. 14, 1935 — in San Diego, amid all that sunshine and opportunity. She knew Billy Casper when he played in a T-shirt. Mickey said that Casper’s chipping and pitching game made Phil Mickelson’s short game look like “child’s play.”

There was a two-year period when Mickey’s mother, a fetching, displaced Georgian, drove her daughter to the San Gabriel Country Club in Los Angeles for a half-hour lesson with a legendary teacher named Harry Pressler. Three hours and 125 miles each way. Mickey had gifts and Pressler knew what he was doing. Hogan once told Mickey’s friend Rhonda Glenn, “She had the finest swing I ever saw — man or woman.” It was a tall, lanky full, flowing swing, with great speed but not a hint of violence. It oozed art. She won 82 LPGA events, including, in one seven-year period, four U.S. Opens.

Mickey Wright tolerated me with immense grace. She allowed me to call her as I wished and she answered whatever questions I had that day with wit, intelligence, insight and humor. We also corresponded by mail and email. Over the years, and more than once, I asked if I was ever getting closer to making a home visit. She’d laugh and say no. I could hear her smoking but I don’t know her brand. She read the Wall Street Journal in the kitchen table of the small house she shared with her partner, Peggy Wilson, also a professional golfer. They lived on the Sinners’ Course, a Club Med property in Port St. Lucie, Fla. For a while, I was on her ladies-only joke-of-the-day email chain. That was fun while it lasted.

Mickey didn’t care much for modern professional golf. She felt modern equipment diminished the game’s charm and killed the finesse game. She didn’t watch much American golf. She did like to watch the men’s European Tour events on Golf Channel but would keep the volume off unless Renton Laidlaw was announcing, with a Scottish accent that lulls you into a golfing dreamstate. She was particular.

She liked Tom Watson, Ben Hogan, Jack Nicklaus. Arnold did nothing for her. Mickey and the late Barb Romack once played a made-for-TV match, in Las Vegas, against Palmer and his great friend Dow Finsterwald. Arnold took a long lunch break. That didn’t sit well with Mickey. She took it as the slight it was. The ladies won. Mickey was convinced that CBS never aired the event because Arnold lost, but it wasn’t true.

Peter Kessler, in the early years of Golf Channel, did an extraordinary series of interviews with various golf icons and notables. He got everybody he could have wanted, pretty much, with two exceptions, Ben Hogan and Mickey Wright. You could say one exception, as Hogan and Wright were essentially the same person. When Hogan stopped playing he stopped playing, and nobody could possibly get him to change his mind. He famously said, “I am the sole judge of my own standards.” Or was it Mickey who said that? The USGA dedicated a room in its museum to Mickey Wright. Mickey gave the USGA everything it could want. She wasn’t a no-show for its opening. There was no chance she was ever going to come. She had closed the book on the golf chapter of her life years earlier. 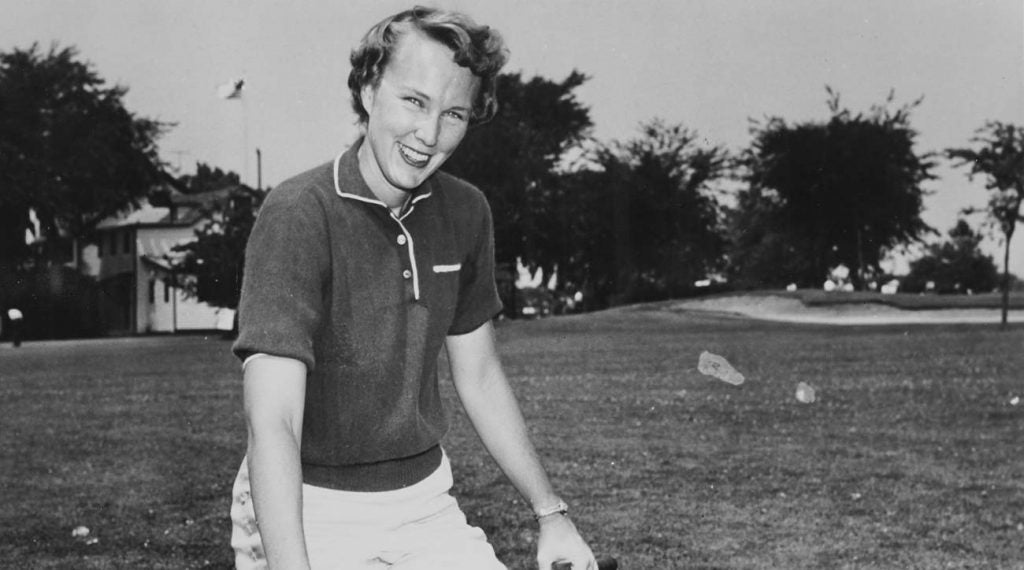 In 1993, Mickey played in a senior event. It was a one-off. The Hall of Famer Patty Sheehan had never met Mickey. She watched from a distance and told me later, “Everybody knew Mickey didn’t want pictures taken, so I just watched by myself, trying to take it all in. I had seen old film clips of her swing. It looked the same: very fluid, very powerful — flawless. You could see she was in love with golf and dedicated to hitting a ball purely. She had these old clubs, old as dirt, and it was clear they were her best friends.” They were 1963 Wilson Staffs.

A man named Harry Dobbs who worked at the Sinners’ Course told me 20 years ago about watching Mickey hit a 7-iron, from her backyard on to the course, in early morning, 40 or 50 shots, off a plastic mat. “She’s beautiful to watch,” he said. “Solid, even, fluid, smooth, round, not a wasted motion, no wasted energy. Her shots make a great sound, right on the sweet spot, shot after shot. She hits it high, with a little draw. It’s a picture.”

She was a soul golfer. She did it for herself.

I once wrote a letter to Mickey with some questions and within a few days received this response:

Nice to hear from you. I never was much into networking, so didn’t really have many relationships outside of the golfers. They were like family, though never spent a whole lot of time with them off the course.

A few friendships have lasted down through the years. Girls whom I consider close friends and talk with quite often are Peggy Wilson, Kathy Whitworth, Pam Higgins, Mary Bea Porter, Betsy Rawls, Sandra Spuzich and others occasionally such as Sherri Steinhauer and Marilynn Smith.

It’s interesting; never talk with non-golfers about golf. Only other pros who have been there seem to know what it’s all about.

My dearest friends outside of golf are a couple, Max and Gertie White, from Angola, Indiana. They lived across the fairway from us for twenty years and they were the only people I ever gave golf lessons to on an extended basis. They’ve now moved back to Indiana and we miss them very much.

Went out and hit a few wedges the other morning for the first time in years. The 78-year-old muscles hollered at me but it was fun, as is always the case. Was working on my grip and ball placement. Some things never change in golf. Seems strange looking at those big faces and having the long shafts hit you in the stomach. The new 6-iron is the length and loft of my old 4-iron. New game out there.

If you still have any questions that you think would be helpful to you, please feel free to send them along.

Hope this finds you well and enjoying life one shot … oooops, meant one day at a time.

Notice how expertly she avoided the first-person pronoun. That is, I. That alone is proof that she was not of these times. Her father moved to California from Michigan. By horse.