Being ill-equipped to capture the totality of the life of Mickey Wright, I would like to instead steer you, dear readers, to a day the late, great golfer played in Midland, Tex. in the fall of 1964.

It was the final round of the Tall City Open, and Wright sat in an unfamiliar position: 11th place, 10 shots off the lead. She wouldn’t stay there for long.

For context, the event that week was being held at Hogan Park Golf Course (named for F.T. Hogan, not Ben Hogan, the golf legend who called Wright’s swing the greatest he’d ever seen). Hogan Park was a 6,286-yard par-71 course, plenty of distance for both men and women. A few days before the tournament, some of the best male amateurs in Texas played the same tees and produced a low round of 69. The course record was 66.

Sports Illustrated has by far the best account of what happened next. At the par-5 1st hole, Wright hit her second shot to kick-in range for an opening eagle. At No. 2, she hit wedge in tight for another birdie. She made a 15-footer for another birdie at No. 3. To quote SI:

This was a very fast start, but clubhouse grillrooms echo with stories about golfers who have started fast on the first three holes and fizzled on the next 15. Mickey Wright’s round went into the golfing equivalent of overdrive on the 4th hole. To make another birdie she had to roll her 25-foot putt into a cup that was on the side of a mound.

“Son of a gun, it went right in,” she said later. “Now I started getting scared. I knew I was onto something.” 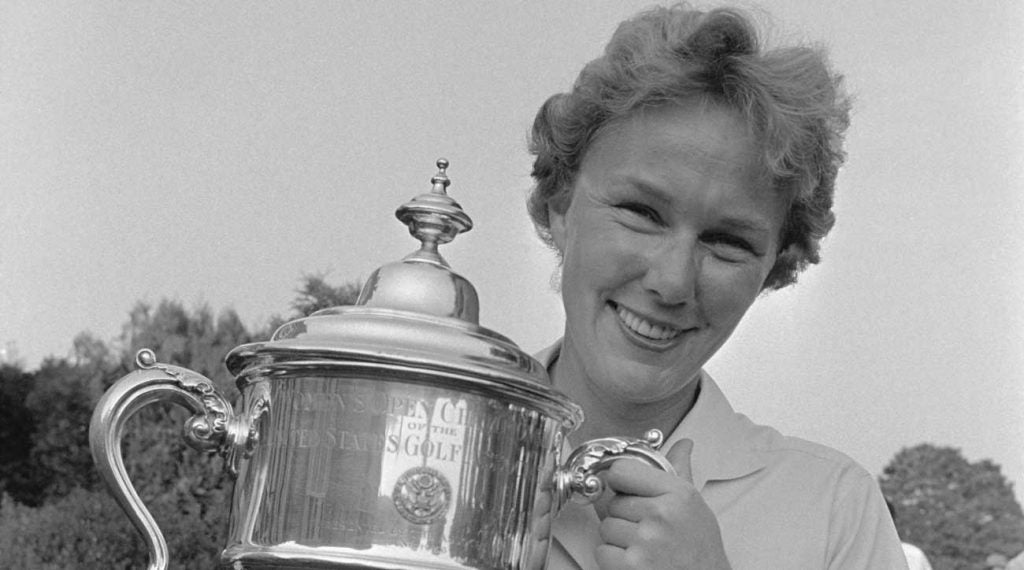 Mickey Wright, winner of 90 professional events and 13 majors, died Monday at the age of 85.
Getty Images

She tied an LPGA record by going out in 6-under 30, then birdied 10. Her day of perfection was briefly interrupted by a bogey at 11 before she got back on track with birdies at 14, 15 and 17. Nine under. A two-putt par on 18 secured a 62 that put her two shots clear of the LPGA’s scoring record, four shots clear of the course record and directly into the history books.

Somehow, Wright’s day wasn’t over. Her 62 was also enough to earn her a spot in a playoff against Sherry Wheeler. Sure enough, Wright birdied the first two holes of the playoff to claim victory. Twenty holes. Eleven under.

Ten shots remains tied for the largest final-round deficit overcome at golf’s top levels, men or women. Read SI’s full version of the day’s events, “When Mickey Wright Did Nothing Wrong,” here. That was a contender for the best day in a career full of great days. Mickey Wright won’t soon be forgotten.