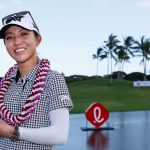 Lydia Ko won on Saturday for the first time since 2018.

Before her final round at the LOTTE Championship, Lydia Ko had a mantra in her head.

“Trust your training,” she told herself.

That training has been intense. According to Golfweek, Ko has added fifteen pounds of muscle since reconnecting with trainer Craig Davies. According to swing coach Sean Foley, Ko’s desire for a better golf game has never been in question. According to Ko herself, the only tricky thing has been trusting that all the work she’s doing is the correct work. Until she won again, how would she know she could?

She woke up on Saturday holding a one-shot lead over Nelly Korda, with a host of other top pros waiting in the wings. She was keenly aware that any contender who got hot — like Inbee Park, who shot 63 — would pose a serious threat to her chances. But Foley sent her a text.

“Trust and conviction,” he wrote.

The message hit home. Ko wrote the three-word message on her pin sheet.

“It’s kind of the mindset I took,” she said.

It worked. Ko rode impeccable distance control and a laser-like performance with her irons to a seven-under 65, her third consecutive bogey-free round. Her lead grew from one shot to three to five to seven, which is where it finished. She posted a four-day score of 28-under 260. Her five most recent tournament rounds look like this:

But forget the specific numbers. On Saturday (in primetime, no less!) she slammed the door on her competition, re-entering the winner’s circle for the first time in more than 1000 days.

Ko’s win is massive for the entire sport. Her career arc — world No. 1 at age 17, endless pursuit of something better, winless for three years — is among the most fascinating in the game. She’s charismatic, thoughtful, insightful. Her approach makes her a great ambassador for golf. In other words, Ko winning is good for everyone.

But it’s especially important for Ko herself. Completing her “comeback” didn’t mean changing the fundamentals of her golf swing. It meant executing on that three-word goal. Trust and conviction.

Let’s unpack that a little bit. Where does trust come from? And how does it disappear? During tough times, Ko said, she felt like other people — Foley in particular — believed in her more than she believed in herself.

“I was putting more pressure on myself and doubting myself, and I’ve been very fortunate to have a very supportive family and team and friends that have just built the confidence in me,” she said. “And when you stay patient and keep working on the right things, everything naturally follows.”

That’s easier to say, of course, once everything has naturally followed. But what comes first: The winning or the self-belief that allows you to win? The winning or the patience that allows you to win? Does perspective allow you to win? Or does winning free you up to have perspective? Those questions, like most interesting golf mysteries, are largely unanswerable. But Ko, one of the game’s best talkers, gave us some hints in her post-round press conference.

Off the course, she stressed, it’s important that she find balance, stay relaxed and maintain proper perspective.

“Sean has always been helpful where he says, ‘Even if you win, it doesn’t make me a better person,'” Ko said. “Yes, it’s going to make me a little happier at that moment, but it doesn’t change anything else.”

This week, her focus was on the golf — but it was a broad focus. She enjoyed her surroundings. She got out for hikes, escaped her hotel room and soaked up the Hawaiian experience.

“This week I’ve kind of had my blinds open and just enjoying being here. I think that’s almost helped me to be a little bit more relaxed. To just accept that if things go great, that’s great. If not, I can’t do much about it.”

“I think especially with Covid, I think we’re very grateful that we can come out and play and compete,” she said. “With that kind of mindset you end up enjoying it and want to embrace the whole journey ahead.”

That’s all admirable. Balance. Perspective. Gratefulness. But standing over a golf shot, Ko’s approach is distinctly different. Her focus goes from big picture to extremely small-picture. Blinds open to blinders on. Conviction is essential.

“I feel like when I’m hitting it with confidence and an aggressive kind of mindset, that’s when I hit it the best and play the best, because it’s more free and I’m controlling it less,” she said.

Why was she able to pull that off this week?

“I guess things just clicked,” she said. “And I don’t mean like it clicked in a technical way, but I think it just clicked between the ears. I think just having my team to kind of always remind me of my keys, my key aspects, has really been helpful for that.”

“I’m out there just playing golf,” Ko concluded. “I’m not trying to make it to perfection.”