Louis Oosthuizen on skipping Olympics: ‘They didn’t really make it easy for us’ 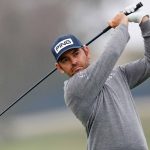 Louis Oosthuizen qualified for the Olympics but elected not to go.

BLAINE, Minn. — Louis Oosthuizen, after yet another tough major loss, is back on the PGA Tour this week. He’s one of the marquee names teeing it up at the 3M Open, which comes less than a week after his third-place finish at the Open Championship at Royal St. George’s.

On Wednesday, speaking to the media for the first time since Saturday at The Open, Oosthuizen touched on his heartbreaking loss, why he didn’t speak to the media on Sunday night and more. He also discussed his reasoning for opting out of the Olympics.

Oosthuizen is among a handful of big-name players to pass on the Olympic Games in Japan, which are July 29-Aug. 1 for the men. In short: there’s a lot going on right now.

“It’s a lot of golf for the way I am in my career and what I know I’m capable of with my body to do,” Oosthuizen said. “I need to manage it quite good and it was not an easy decision. I was very keen on going to the Olympics, but it wasn’t the easiest — they didn’t really make it easy for us. There was no way of me working with my physio there that week. He couldn’t go, he couldn’t end up going, so that made my decision a little bit easier. And then scheduling. [A World Golf Championship] the week after is a massive week for competing in the FedExCup, and then you have the whole FedExCup left, and on top of that, trying to figure out how I’m going to get three more events up for the Race to Dubai. At the end of the day, to me majors, four majors and world events, are the events that I grew up playing for and the events that I really want to focus on.”

Due to Covid-19, which moved the 2020 Olympics back a year in the first place, there are heavy restrictions for this year’s Games. Fans won’t be allowed, there will be several Covid-19 precautions for athletes and media, and golfers won’t be able to bring all of their usual staff that might follow them to other Tour stops.

Rory McIlroy, who is representing Ireland in the Olympics, spoke on the topic last week. He said he’s playing because “I think it is the right thing to do,” but…

“I don’t know if there’s much to look forward to,” he said. “It’s obviously going to be a very different environment. Looking forward to getting another week’s golf in and trying to get my game in shape. As I said, there’s not much else to do there.”