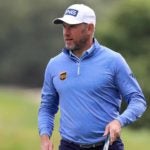 Lee Westwood isn't making the trip to the States for the upcoming PGA Championship.

Forty-seven-year-old Lee Westwood has 19 career top tens in major championships, and despite a resurgent game over the last year, the Englishman says he will not take the trip across the Atlantic to compete in next week’s WGC-FedEx St. Jude Invitational at TPC Southwind in Memphis, or the following week’s PGA Championship at TPC Harding Park in San Francisco, which begins on August 6th.

“I still don’t feel comfortable and I don’t feel like it is right to jump on a plane for 12 hours,” Westwood said after finishing his final round at the British Masters on Saturday. “I’ve felt like out of my comfort zone this week, so, if I got to Memphis, I would feel uncomfortable playing golf tournaments at the moment.

“The two America tournaments, next week and the following week, I’m still more concerned that America doesn’t take [the coronavirus] as seriously as the rest of the world,” Westwood continued. “It still seems to be one of the hot spots for outbreaks. I can control me not getting the virus and take all the measures I can, but somebody might pass it on. I don’t really want to get ill with it and I’m slightly asthmatic. If I tested in Memphis I would have to stay there for two weeks and I’m not sure about insurance policies, etc. Right now there are too many what ifs. If you take all them into consideration, there is something wrong.”

The PGA Championship was never a sure thing for Westwood, who told Golf Channel back in May that his attendance was unlikely because of a mandatory two-week quarantine upon arrival in the States, and again upon his return to the UK afterward. But even though the U.S. arrival quarantine restriction has since been lifted, Westwood says he’s out — and struggling to adjust to the Tour’s new “normal.”

“It’s just not the life I’m used to,” Westwood said. “Whenever I come out and play the tournaments now it is almost about seeing my mates and the sociable element of it all and you’re not getting that at the moment. I go out on the golf course and I am struggling for motivation a little bit. There is a lot more to consider.”

Westwood recently claimed his 25th career win on the European Tour and is currently ranked No. 34 in the world. He held the No. 1 ranking for a total of 22 weeks back in 2010 and 2011.