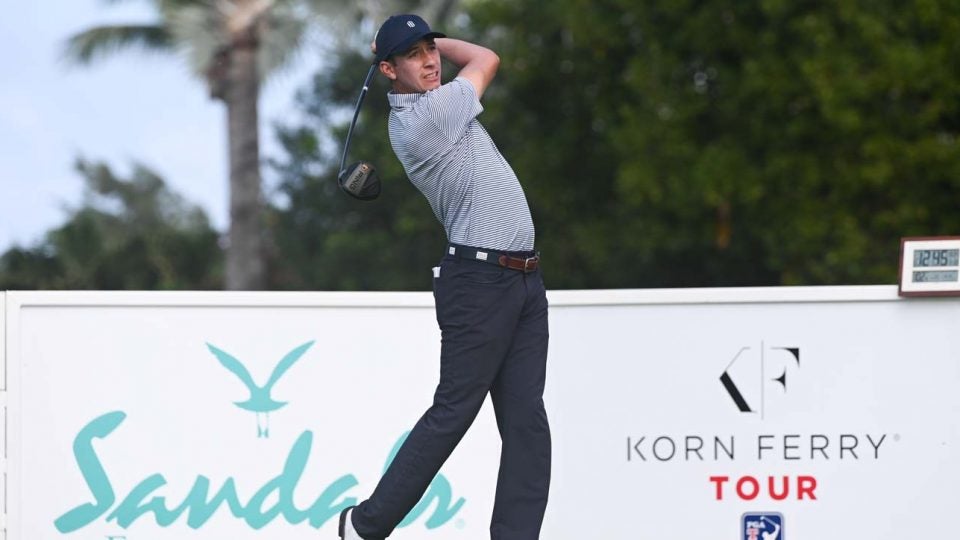 Vince India has much more time on his hands these days now that pro golf is on pause.
Getty Images

Vince India’s life isn’t wildly different than it was. Wake up, drink coffee, meditate, read a book. Sometimes he even gets to play golf if the Chicago weather cooperates. Still, life has slowed down for the Korn Ferry Tour pro. Ever since the coronavirus scare forced officials to suspend play on the KFT, as they have across nearly all of professional golf, India has had some unexpected time on his hands.

His feelings are shared by many as the world copes with the global pandemic. Everyday life has been upended by the virus, and the life of a professional golfer is no exception.

No golf means no opportunity to earn a paycheck for many players. The earnings are already meager on the PGA Tour’s top development circuit with just under $19 million being doled out in purses this season (for reference, the winner of the Tour Championship on the PGA Tour takes home $15 million for the week). But now with two months of competition canceled, the margins become even slimmer.

The loss of potential earnings even had India contemplating taking a part-time job in the shipping department of a family friend’s business. A steady income with flexible hours that allowed him to work out and practice was appealing, but that idea was squelched with the stay-at-home order from Illinois governor J.B. Pritzker.

“I’m pretty sure I’m not the only player who has thought about it,” India said of finding another source of income. “I bet a lot of guys are in the same boat as I am.”

While some of the best players in the world can take reasonable, golfy shelter at their Jupiter compounds or home clubs, Korn Ferry Tour players are left wondering when their next checks will come.

“It’s kind of strange,” said J.T. Griffin, who ranked 21st on the KFT points list with $51,569 earned when the postponements began. “There’s not a whole lot of answers as to what’s going on either … It’s stressful. Nobody knows what to expect. Nobody knows where to go.”

Griffin is one of at least a couple of KFT pros who has turned to social media to supplement his income. Fifty dollars will get you video breakdowns of your swing and accompanying drills and commentary through his Instagram account @JTGolfLessons. Griffin said he enjoys dissecting swings, so why not monetize that hobby during the downtime?

“It’s something to pass the time and make a little bit of money while we’re not making money,” Griffin said. 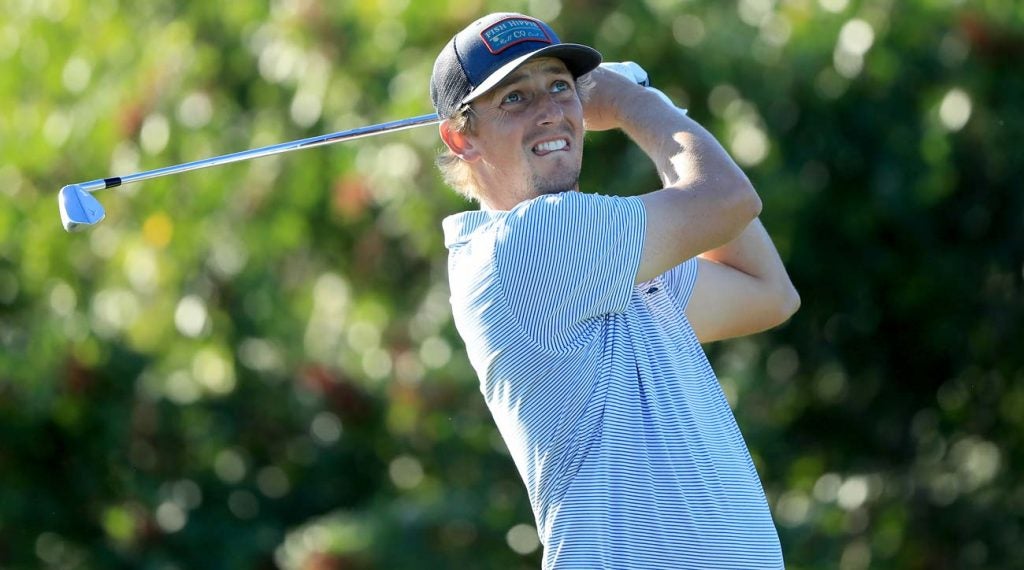 J.T. Griffin has turned to giving lessons on Twitter to supplement his income.
Getty Images

The lost earnings don’t stop on the course. Griffin was in talks with a number of sponsors and club manufactures for potential deals as he capitalized off his solid early-season play. Those deals have been shelved until 2021 as uncertainty looms over this season.

Unlike the PGA Tour and Champions Tour, the Korn Ferry Tour does not have a pension fund for players. In this unprecedented situation, there have been some rumblings that there might be some sort of financial relief for KFT players in the works from the PGA Tour, as Major League Baseball has done for its minor league players, but it’s unclear if funding will materialize. When contacted for this story, the PGA Tour declined to comment.

Finances are not the only part of life for Korn Ferry Tour players that’s been upended by the pandemic.

Colombian Marcelo Rozo has been stuck in his native country since teaching a junior clinic there at the beginning of this month, as his wife Manuela continues to work from their Midtown Manhattan apartment. Rozo has made several attempts to reunite with his wife, but the dangers of the ever-evolving pandemic have rendered that nearly impossible.

“It has hit me hard in the last few days,” Rozo said.

It’s a grim situation, but Rozo has pledged positivity in the face of adversity. Trips to the golf course have been replaced with online courses and meditation sessions. And though they are apart, Rozo and Manuela still enjoy some Netflix time together via nightly FaceTime sessions. 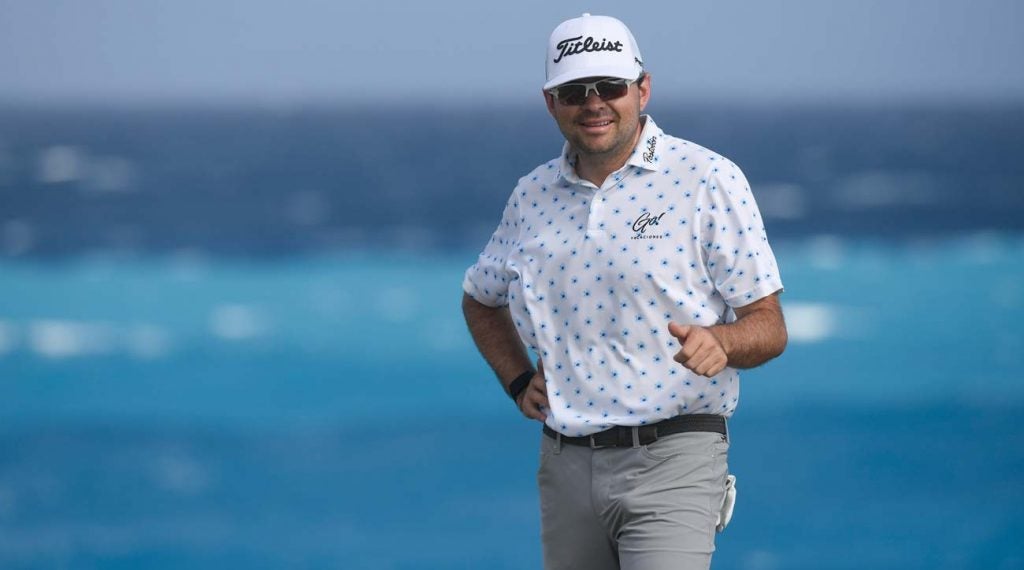 In the face of adversity, Marcelo Rozo has pledged positivity.
Getty Images

“We have to be positive in the worst-case scenarios, always,” Rozo said. “Try to be in that mindset that we’re going to get through this. We’re learning a lot of things from ourselves and we’ve just got to keep fighting.”

India echoed the sentiments of his fellow pro. Sequestered in a Chicago-area apartment with his girlfriend, India is spending more time cooking and trying out new recipes. He might not be beating balls in fading daylight every evening, but he’s still finding ways to enjoy — and challenge — himself.

“There’s always a silver lining in anything,” India said. “The coolest thing about this is I’ll be able to work on myself.”