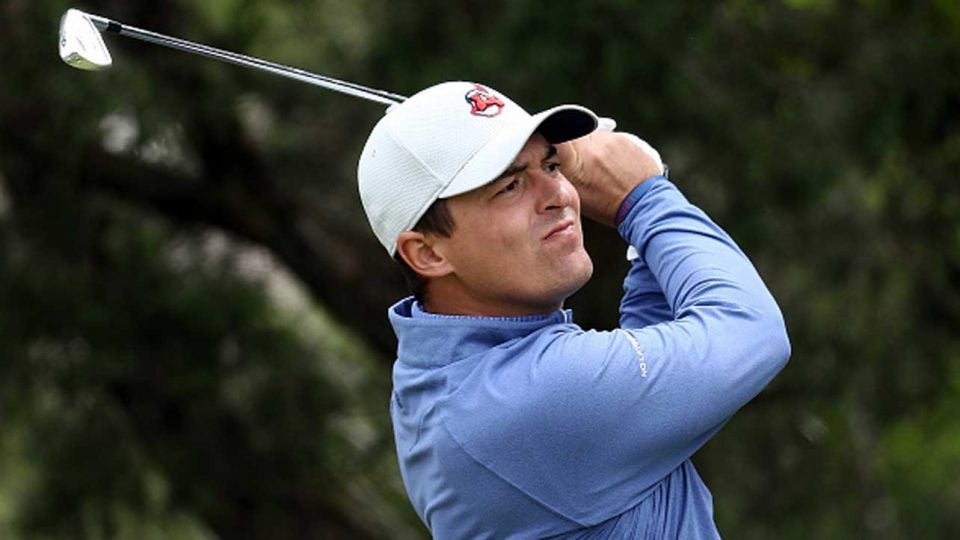 After falling just short of his securing his PGA Tour card last year, Justin Lower has another shot at qualifying for the Big Show this year.
Getty Images

The Web.com Tour Championship — excuse us, the Korn Ferry Tour Championship — is the most brutally Darwinian tournament in golf. Last year its very essence was boiled down to one 8-foot birdie putt, faced by a mild-mannered, 29-year-old Ohioan named Justin Lower. Make it and he would earn a promotion to the PGA Tour; miss it and Lower was doomed to spend another year haunting the minor leagues, with all the frustrations and indignities and money-related stress that entails.

As Lower stalked his putt on the 18th hole at Atlantic Beach (Fla.) Country Club, Jim Knous was watching from a Golf Channel set a hundred yards away. (His Twitter nickname, “Jimmy Hard K,” offers a guide to pronunciation.) Knous had exited the 18th hole projected as 25th on the season-ending money list, which, if it held for another hour, would punch his ticket to the big-time. Lower was the last guy with a chance to knock Knous out of the top 25.

What made it all the more awkward is they are close friends, having bonded over the last two seasons in the podunk towns the tour visits. They would scour the Internet to find a local restaurant offering trivia night, and take on all comers with a rotating cast of other players, under the team name Grip It and Sip It. “We kinda stunk,” says Knous. “We were all very knowledgeable about sports but not literature and politics. Except Justin. He was our MVP. He’s like Rain Man when it comes to anything involving U.S. Presidents.”

Now the lives of these two friends would change with one putt. Thanks to the on-course scoreboards and the crackling tension in the air, Lower knew what was at stake as he stood over his 8-footer. He hit what he thought was a perfect putt but under-read the break fractionally, his ball burning the edge of the cup. Lower stumbled off the green in a daze but somehow had the presence of mind to find his pal and pull him in for a hug.

“It was a jumble of emotions,” says Lower, “but for sure I wanted to congratulate Jimmy. When your good friend makes it to the Tour, you have to be happy for him.”

Says Knous, “I’ve never heard of that. To miss out on your Tour card by a couple of hundred dollars and be that gracious? That says a lot about his character.”

Lower’s broad perspective was born of family tragedy. When he was 15, he was waiting to be picked up at Lyons Den Golf Course, in Canal Fulton, Ohio, but his father, Tim, and brother Chris never made it. In the wake of their fatal car accident, Justin lost himself in the game. Lyons Den became his sanctuary. He was given a key to the shed where the range balls were stored and he hit them by the hundred.

“I wasn’t working on anything,” he says. “It was just therapeutic.”

With golf and sorrow so inextricably linked, Lower had a heavy heart as he embarked on his pro career, after having played at Malone University. But going home again has brought him a newfound peace. Five years ago he reconnected with the one of the most popular girls from his high school, Janice Sandrock. Back in the day, he was a golf nerd and she was a cheerleader, ergo, “She wouldn’t talk to me,” Lower says. They are to be married next month, and late last year they bought a house in their old hometown. Lower is now once again frequenting Lyons Den, a par 69 of 5,591 yards at which his best score is a 58. Everyone there knows his name.

Tournaments
#AskAlan mailbag: Will the new Tour Championship format be a disaster?

Yet the bright lights of the PGA Tour still beckon. Lower calls his near-miss last year “a tremendous learning experience,” and he has been solid in 2019, ranking 31st on the Korn Ferry Tour in driving accuracy and 35th in ball-striking. Knaus, 166th in the final FedEx Cup standings, keeps close tabs on his friend and says it’s only a matter of time until he reaches the PGA Tour.

“That guy has the It Factor — the drive to want to be there,” Knous says. “I don’t see a lot of guys working as hard as Justin does.”

The Korn Ferry Finals, the three-event playoff series, begins today in his home state. At 44th on the points list, Lower is in position for a shot at redemption. Would he want to face another do-or-die putt to determine his future?

But what if he doesn’t? It’s a wrenching thought after all he has been through. Lower dismisses such talk.

“There are worse things in life than missing a putt,” says a man who knows that all too well.