#AskAlan mailbag: Will the new Tour Championship format be a disaster?

In this installment of the #AskAlan mailbag, GOLF senior writer Alan Shipnuck answers all your burning questions about the new Tour Championship format, the FedEx Cup Playoffs, and the significance of Hinako Shibuno’s big win.

Is joy making a comeback? I swear, Shibuno and Hovland look like they are smiling and legit enjoying themselves out there. Refreshing to say the least. – @laz_versalles

It really is. Gawd, how we’ve suffered: Furyk’s scowl, Stacy Lewis’ furrowed brow, Dustin’s blank stare, Bryson’s huffiness, J.B. Holmes’ look of constipation, Lexi’s slumped shoulders… we can go on and on. Golf is fun, and these people are supposed to be in the entertainment business. Shibuno’s delight was contagious, and her brisk pace of play a revelation — hopefully she can inspire other pros, and not just us observers. It would make for a more enjoyable product, and all these dour golfers might discover that if their attitude and body language improve their score might follow suit.

How would you rank Shibuno’s victory in terms of significant events in history of women’s pro golf? I’d put it very high on the list. -Dave (@popsandsunshine)

Well, it’s not Babe Zaharias winning the U.S. Women’s Open in 1948 or Nancy Lopez’s win streak in ‘78 or Se Ri Pak’s Open victory in ’98. It was certainly a joyous performance, but we won’t know the significance for a while. Can Shibuno keep winning and be a crossover figure who draws in fans and lifts the sport? Or is this Birdie Kim redux, a lovable character who has one great moment and then quietly fades away? I hope it’s the former, but only time will tell.

Which manager/coach would you most like to see in daily fancy dress at a tournament like Hinako Shibuno’s manager? -@MarkTownsendNCG 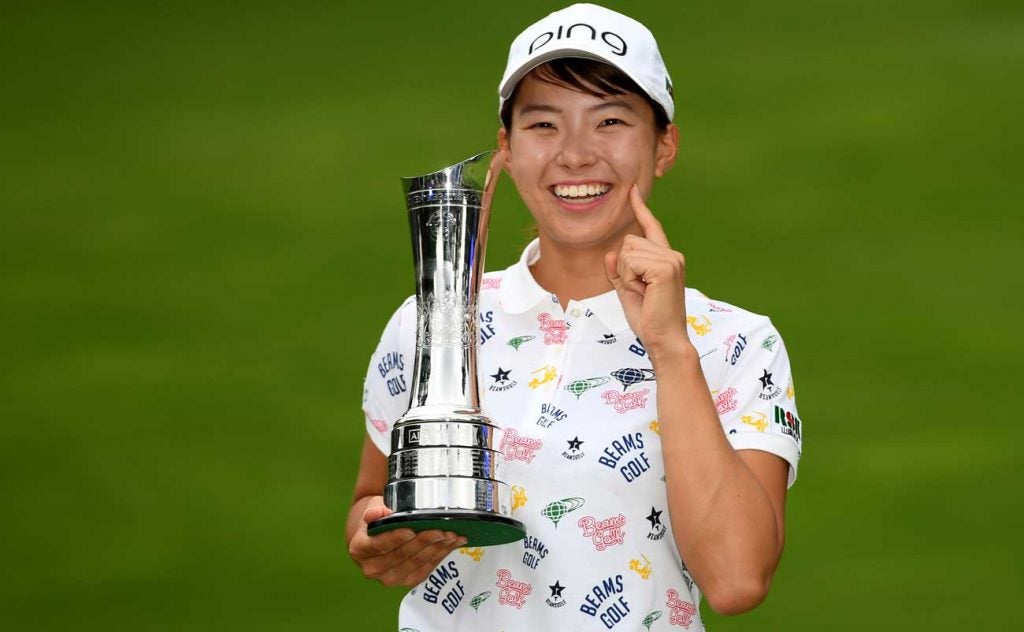 Hinako Shibuno won the Women's British Open in her first-ever start outside of Japan.
Getty Images

How can an event like the Wyndham survive if it’s always the last event before the playoffs? Listen, playoffs for golf don’t exactly get the juices going for even the most hardcore of fans – so the whole “let’s see who can make the 125 and keep their cards for next season” is not enough? -@KeithKHorton

The lack of starpower is certainly an issue, but I think this slot has actually given Greensboro some identity — it’s the Last Chance Saloon of golf tournaments. If you follow the game you have to be invested in some of the guys lurking in the nether regions of the Cup standings and thus fighting for their livelihoods. Sunday at Sedgefield is about as tense as it gets.

Aren’t you excited about the new Tour Championship format with seeding from -10 to even par? Will Brooks be able to muster a fist-pump after he boat-races everyone? -@mdstoner

I liked the idea when it was announced just for its sheer nuttiness, but now that the Tour Championship is nearly upon us I’m starting to rethink things. I mean, if Brooks does open with a 64 it could get ugly early. And if Tiger shoots the best 72- hole score but doesn’t win the tournament there will be hell to pay in Ponte Vedra Beach.

Exactly how much money will FedEx have to spend to make golf nerds care about their Cup? -@jarodhitchcock

No such number exists. But instead of kvetching about the Cup I try to focus on the fact we get three tournaments with good fields and pretty good venues and the added bonus that there is drama at the bottom of the leaderboard as well as the top. 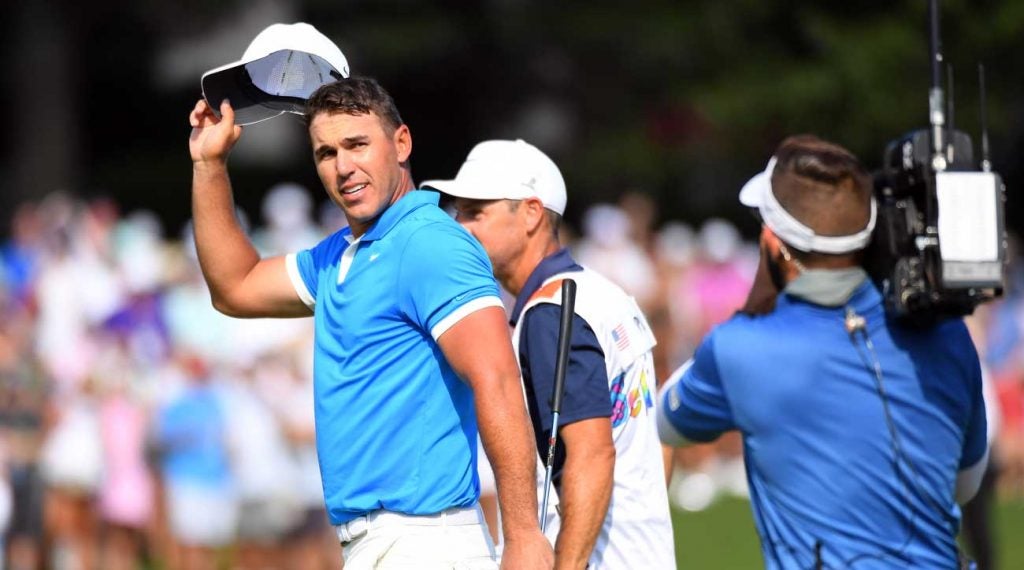 Brooks Koepka could run away with the Tour Championship after the first round under the new format.
Christopher Hanewinckel/USA TODAY Sports

Who is the highest ranked American golfer who would refuse a round with the President?  -@walldwarf

I want to say Mickelson, a social liberal who voted for Obama, but since Phil is always playing the angles I bet he’d accept the invite so he could lobby for some pet projects and/or glean some insight on upcoming monetary policies that could prove useful. You’d probably have to go all the way down to 114th in the Cup standings, to one Peter Malnati.

Why are so many stars having down seasons? From Jordan’s debacle, to JT, Rickie, DJ, Bryson & Xander doing very little after Feb (none contended more than 1-2x), to Jason Day being invisible, the non-majors have never wanted for star power more. -@brianros1

Some of the reasons are idiosyncratic, like JT’s wrist injury. I have an upcoming GOLF Magazine cover story about how Bryson has gone mental experimenting with wedges. Dustin has had his manhood taken by Brooks. But for sure it’s a disconcerting trend. The new schedule may be partly to blame, as some players have struggled to recalibrate their biorhythms. Hopefully things return to normal next season because it’s always more fun when the stars are playing their best.

Now that the season is effectively over, what are your thoughts on the ebbs and flows of this new season structure? Seems like some players (like JR) are not so crazy about it. -@SNESdrunk

I’m not so sure what all the kvetching is about – I like the rhythm of the new schedule. Pebble-LA-Mexico City-Players-Match Play is an awesome way to kick off things, and then it’s a major a month, which is kind of awesome. For all the bellyaching, the season ends basically three weeks earlier – not a big deal in my book. Yes, it’s a long wait until the Masters, but in the old days it also felt like an eternity from the PGA until Augusta. I, for one, am looking forward to having the chance to miss the Tour for a little while.

I know it feels like Dustin has been around since the days of Old Tom Morris, but he just turned 35. He still has plenty of time to win three or four more major championships and achieve his awesome potential. But, yes, if he ends his career with only the one major it will be epic underachieving. As for Shark, for a long time he was wildly overrated and now he’s skewing toward under appreciated. Yes, he should’ve nabbed way more majors, but his worldwide victory total is pretty mind-boggling, and the many weeks he spent at number one tells you how much of a force he was.

Thoughts on ditching all this side garbage including the Cup and returning to a calendar year schedule and a money list? -@davidqatar

I haven’t fantasized about something with this much intensity since Christie Brinkley was tooling around in a red Ferrari.