WGC-FedEx St. Jude Invitational live coverage: How to watch Round 3 on Saturday 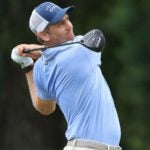 Brendon Todd took the 36-hole lead at 11-under.

The 2020 WGC-FedEx St. Jude Invitational continues on to Moving Day Saturday at TPC Southwind in Memphis, Tenn. Here’s everything you need to know to watch Round 3.

After a solid opening round, Brendon Todd continued his steady play in Round 2 firing a 65 to take a two-stroke lead at the halfway mark. His bogey-free performance was tied for the round of the day as he chases his first career WGC title, and third victory on the season. Defending champion and early leader Brooks Koepka was unable to continue his momentum after a first-round 62 as he fell behind Todd’s pace with a one-over 71. Even with his mediocre second round, Koepka still sits in solid position to record his second top 10 on the season heading into the weekend T3 at seven-under.

Rickie Fowler followed up his solid early play and came in with a three-under 67, good enough for a spot in the final grouping with Todd. Fowler had five birdies on the day, but a double bogey on the par-3 11th is the difference between he and Todd heading into the weekend.

Byeong Hun An and Chez Reavie join Koepka at four shots back of the leader at seven under while Sung Kang and Matthew Fitzpatrick sit a stroke further back.

Golf Channel will cover early coverage of the WGC-FedEx St. Jude Invitational from 12-2 p.m. (ET) before ceding coverage duties to CBS for the afternoon coverage from 2-6 p.m. (ET).

You can catch the early second round Golf Channel broadcast on golfchannel.com. Fans can also view Featured Group coverage of the opening round all day Saturday via PGA Tour Live, though you will need subscriptions to access both options. If you have a cable subscription, you can also catch CBS sports simulcast on CBSSports.com from 2-6 p.m. (ET).