Here’s how the 2020 U.S. Women’s Open field will come together 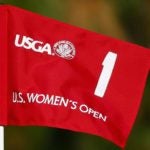 The 2020 U.S. Women's Open will be played in December at Champions Golf Club in Houston, Texas.

The USGA announced the exemption categories for the 2020 U.S. Women’s Open on Wednesday, and like the rescheduled men’s U.S. Open at Winged Foot, the ongoing Covid-19 pandemic will prevent sectional qualifying from taking place, so the field will be comprised entirely of exempt players. The U.S. Women’s Open has been rescheduled for Dec. 10-13 at Champions Golf Club in Houston, Texas.

While the U.S. Open field has always been filled with various exemption categories, the 2020 field will also include the top 75 point leaders and ties from the Rolex Women’s World Ranking Golf Rankings as of March 16, instead of the usual top 50. The top 30 finishers on the 2019 LPGA Tour’s Race to the CME Globe Final Points Cup list will also be exempt.

Players who are not already exempt will have a chance to earn their way into the championship field, too. The top 10 players on the LPGA Tour’s 2020 official money list, as well as the top 5 on the Symetra Tour’s official money list as of Nov. 11 will receive exemptions. Additionally, players who finish in the top 2 of the top 10 and ties (and are not otherwise exempt) of the 2020 Walmart NW Arkansas Championship, Cambria Portland Classic and ShopRite Classic, and the top 3 players, not otherwise exempt, in the top 10 and ties of the KPMG Women’s PGA Championship, will receive exemptions.

Amateur exemptions will be allotted via a player’s standing on the World Amateur Golf Ranking as of Nov. 4, when the top 20 players not already exempt will be added to the field.

Any remaining spots in the championship field will be filled using the Rolex Rankings as of Nov. 9.

“We are extremely pleased to still provide the world’s best professional and amateur players the opportunity to compete for this historic championship, despite forgoing qualifying,” said USGA senior managing director, Championships, John Bodenhamer, in a press release. “After carefully examining previous years, these exemption categories allow us to closely mirror a traditional field, and we are excited to witness one of these athletes win what is truly a milestone 75th U.S. Women’s Open.”