2020 Houston Open live coverage: How to watch Round 3 on Saturday 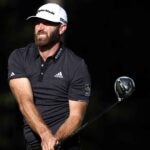 A second round of 66 launched DJ back into the mix at the Houston Open.

The 2020 Vivint Houston Open at Memorial Park Golf Course is already at the halfway point. Here’s what you need to know to watch the third round.

World No. 1 Dustin Johnson needed a big-time bounce-back after opening with a 2-over 72 on Thursday, and the odds-on favorite delivered on Friday, firing a 4-under 66 to launch himself over 40 spots up the leaderboard to put himself within shouting distance of the lead with two rounds left to play.

Another big name to keep an eye on? Jason Day. The Aussie’s rounds of 67-68 have him tied for second at 5-under overall and trailing leader Sam Burns by only two shots. Day has 12 career Tour victories but is seeking his first win in over two years while 24-year-old Burns is hoping to notch his first Tour win. First-round leader Brandt Snedeker is also still in the mix at only three shots back, and former Houston Open champ Adam Scott trails by four.

Below you will find everything you need to watch the third round of the 2020 Vivint Houston Open on Saturday.

How to watch Houston Open Round 3 on TV

Golf Channel will air the action for the third round of the Houston Open with three hours of coverage from 1-4 p.m. ET on Friday.

How to stream Houston Open Round 3 online

You can catch the third round Golf Channel TV coverage of the Houston Open on golfchannel.com. Fans can also view Featured Group coverage of the opening round all day Saturday via PGA Tour Live, though you will need a subscription to access both options.