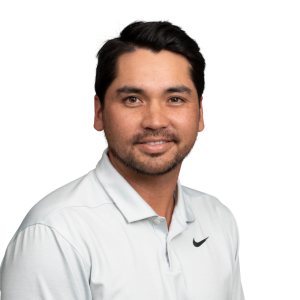 Winner of PGA Championship or U.S. Open from the past five seasons and the current season: (Exempt through December 31, 2020)

Day claimed his first major championship at the 2015 PGA, when he became the first golfer to win a major with a 20-under-par total. The win at Whistling Straits came during a span in which he won seven titles in 17 starts while earning a debut stint as world No.1.

Day formally took up golf at the age of 6 after father, Alvin, brought home a cut-down 3-wood from the junkyard. He learned to play golf at the Beaudesert Golf Club in Queensland. Day has revealed his father, who died of stomach cancer when Day was aged 12, was an abusive alcoholic and influenced Day to play golf out of fear of punishment. When Alvin died, the family experienced further poverty. Day recalls that, because the family home didn’t have a hot water tank, his mother, Dening, would boil water on the stove to use for showers.

How Jason Day picked up golf

As a teenager, several chance meetings would shape Day's career. In his early teens, an off-the-rails Day went through troubles with alcohol and fist fights. But he met Colin Swatton, who would become his coach, then caddie, and remains his coach. Later in his teens, Day would attend Hills International College, where he would room and befriend Luke Reardon, who gave Day a copy of Tiger Woods' instructional book, How I Play Golf. Reardon was Day's roommate and motivated Day to wake up daily at 5am to practice. At Hills, Day would also meet close friend Rika Batibasaga. Reardon and Batibasaga now share caddie duties for Day.

Day met eventual wife Ellie in 2005 when she was working as a server at Mavis Winkle's Irish Pub in Twinsburg, Ohio. Day was 17 and Ellie was 19. Day visited the restaurant with coach Swatton, as Swatton was helping a friend establish a golf academy in Twinsburg. When Day was back in town in 2006 for a Nationwide Tour event, Ellie came along to watch on the weekend. Inspired, Day won the tournament. The following weekend, Ellie drove to Columbus for a tournament and the couple had their first date – dinner at Applebee's and a horror movie, with Swatton as chaperone.

2017 was a tumultuous year for Day which delivered no victories. It began positively, with Day starting his tenure as a Nike ambassador, having signed a deal worth a reported $10 million a year. In March, an emotional Day withdrew from the WGC-Match mid-round and conducted a tearful press conference where he revealed mother Dening had been diagnosed with a tumor in her lung, which was initially thought to be terminal. Dening had successful surgery months later and did not require chemotherapy. In September, Day split with long-time caddie Swatton in favor of having close friends Batibasaga and Reardon share the bag. In December, Day's wife Ellie revealed she suffered a tragic miscarriage.

Day has become an avid Ohio sports fan. Although he enjoys watching the Cleveland Cavaliers, his biggest passion is for Ohio State football. Day became a Buckeyes fan when he first attended a game in 2013, then was engrossed as fellow Australian Cameron Johnston, then a punter with the Buckeyes and now for the Philadelphia Eagles, helped OSU to the NCAA title in 2014. In 2015, while watching a Cavaliers home game, Ellie was injured when LeBron James collided with her while retrieving a loose ball. She left the arena in a stretcher with her head immobilized and was admitted to a nearby hospital.

Day has a deep affection for playing video games, although he has never truly divulged what console he favors. Day's favorite game is Call of Duty, admitting he reached an elite level playing online against other users. He also enjoys playing FIFA football and F1.

Day loves to spend time with best friends Luke Reardon and Rika Batibasaga, who both live close to Day in the Columbus, Ohio area.

The Latest News on Jason Day