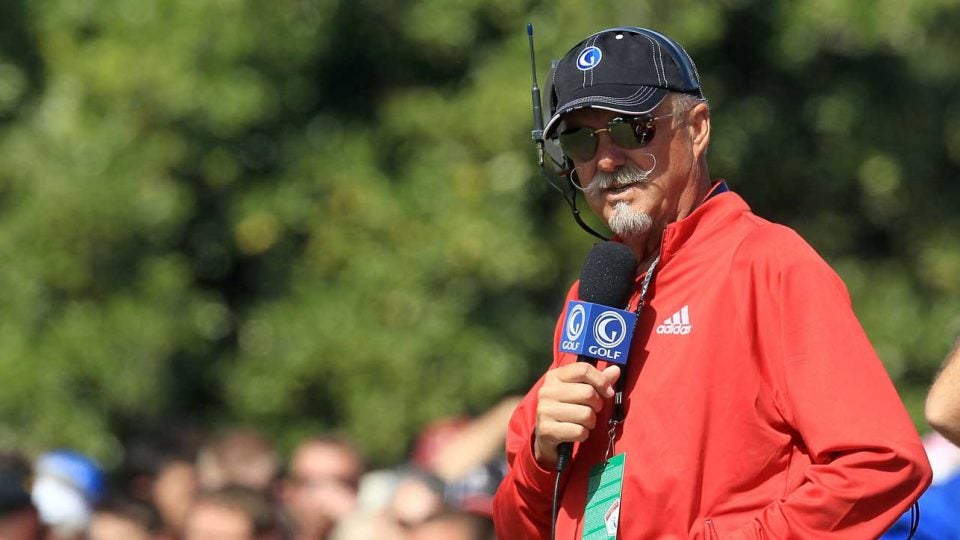 Gary McCord was on the mic for Golf Channel at the 2010 Tavistock Cup.
Getty Images

Gary McCord has never been shy about his speaking his mind. That’s what helped make him a staple of the CBS Sports golf commentary team for more than 30 years.

That is, until last week when CBS dismissed McCord and two of his colleagues, Peter Kostis and Bill Macatee, from their duties.

Now, McCord is speaking his mind about how it all went down.

In an interview on the Gravy and The Sleeze show on SiriusXM PGA Tour radio Monday afternoon, McCord said two things most disappointed him about the network’s decision to not renew his contract.

First, McCord said he resents the reason that CBS Sports chairman Sean McManus cited for the shakeup. McCord said McManus told him in a phone call that CBS’s golf coverage had grown “stale.” McCord, who is known for his colorful personality and gregariousness, said he was miffed by that characterization, joking that he has been called many things over the years but “stale” has never been among them. When contacted by GOLF.com, CBS said the network has no comment.

“Stale did not work for me,” McCord told the show’s hosts, Drew Stoltz and former PGA Tour pro Colt Knost. “That kind of got me riled up a bit. … I didn’t like that at all.”

Secondly, McCord said that he was upset that his deal had been terminated without him having a chance to say goodbye to his CBS team. “I don’t like the fact that they kind of set my balloon on fire without me going back to my colleagues,” he said. McCord said that CBS did offer him the chance to work CBS’s first two tournaments of 2020, but “I felt that was for them and not for me.”

McCord, who has a home in Scottsdale, Ariz., said that in February he plans to attend the Waste Management Phoenix Open, where he’ll bid adieu to his former colleagues.

McCord said he first felt a sense of unease about his future with CBS when he heard from Kostis last Wednesday that the network was not renewing Kostis’ deal. Later that evening, McCord saw a message from the New York City area code.

It was McManus. McCord called him back.

“Gary,” McManus said, as McCord recalls the conversation, “this is the hardest thing I’ve had to do in a long, long time.”

After processing McManus’s explanation, McCord, who is 71, says he believes the network wants to bring in younger talent, in part to help facilitate the PGA Tour’s stated interest in attracting new audience via gambling. “The Tour can’t exist with a 1. 2 rating on Saturday and a 1.8 on Sunday,” he said. “They’ve got to find another direction and gambling is it. Who do you hire?”

That is the question CBS must now address, if it hasn’t already.

In the meantime, McCord said he’s going to “sit back and have some fun and not get in an airplane for the first time in 51 years.”

Which isn’t to say that doing nothing is a long-term option for a guy like McCord.

McCord stressed that despite being caught off guard by CBS, he is appreciative of the opportunities the job has afforded him: “I cannot tell how lucky I am to work for CBS Sports for all these years and watch the best golfer in the business, Tiger Woods, go about his work for all these years.”