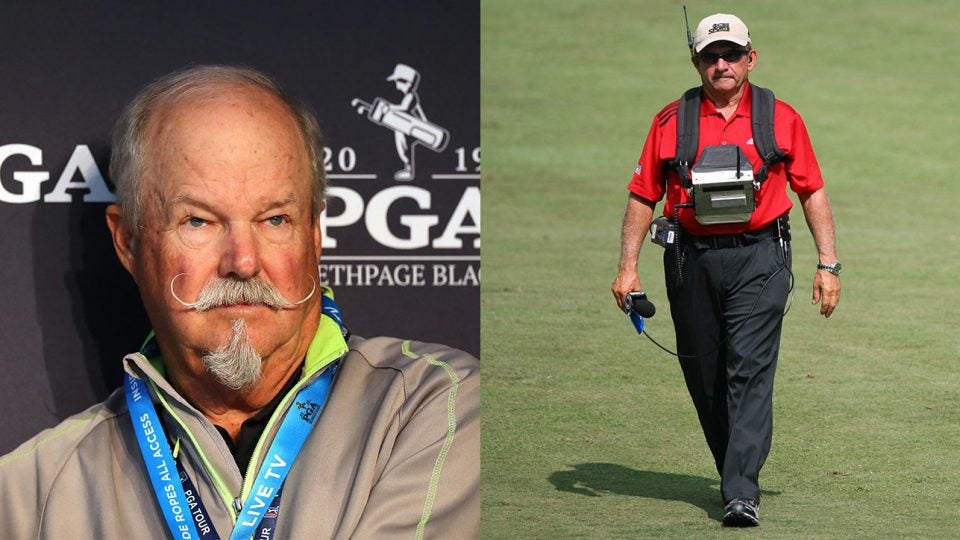 Gary McCord and Peter Kostis are out at CBS after nearly 30 years.
Getty Images

Kostis and McCord both faced expiring contracts that will not be renewed.

A CBS spokesman released a statement confirming the news, saying “Gary and Peter have been an important part of our golf coverage for three decades. They were both outstanding teammates and we thank them for their significant contributions through the years.” Golfweek’s Geoff Shackelford first reported the news.

McCord first joined CBS Sports in 1986 as an analyst following his 13-year career on Tour and was well known for his colorful commentary alongside fellow CBS broadcaster David Feherty. Kostis had been with CBS since 1992 as an on-course reporter. Over the years, he became known for breaking down players’ swings in slow motion. In remarks to Sports Business Journal’s John Ourand, Kostis revealed the decision was made by CBS.

Kostis also provided a statement, saying “It is hard to believe it has been 30 years since the first time I walked a golf course with a microphone…offering me a front-row seat for some of the greatest moments in golf. I have been thinking quite a bit about requesting a reduced travel schedule, but CBS made my decision easier when they elected not to exercise the two-year option on my contract.”

This doesn’t mean we’ve seen the end of Kostis. In his statement, he also revealed some vague plans for what lies ahead.

“As I look to my future, it will most definitely include going back to my teaching roots, completely unfiltered, in some form or fashion (maybe a book) and I’m really excited about that!” he said.  “There are numerous new opportunities for covering golf that are very interesting.”

CBS Sports’ next broadcast is the January 2020 Farmers Insurance Open at Torrey Pines. The network’s contract with the PGA Tour is set to end in 2021. CBS, among other companies, is currently bidding for future media rights.