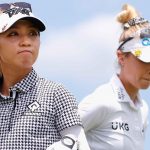 Major season is in full swing and next on the docket is the KPMG Women’s PGA Championship. This year’s tournament is being contested at Atlanta Athletic Club, bringing a major championship back to the venerable club for the first time since the 2011 PGA Championship.

It’s sure to be an exciting week down in Georgia, and here are five storylines to keep an eye on.

Sei Young Kim was electric at last year’s Women’s PGA at Aronimink. She shot 14 under — including a Sunday 63 — to take the title by five shots. To anyone familiar with the women’s game, this win came as no surprise. Kim had won 10 times on the LPGA before her triumph, but she finally got off the “Best Players to Have Never Won a Major” list with the title.

Now she heads to Atlanta with a target on her back. She’s fared well in the three majors since that victory, with three top 20s including a T3 at the ANA Inspiration, but the winner’s circle has eluded her. Is this the week she adds another bullet point to her impressive CV?

With Kim vacating the BPTHNWAM crew, Nelly Korda now holds the unfortunate place atop the list. Korda is one of the biggest young stars in American golf — winning five times on the LPGA Tour by the age of 22 — but it will take a major victory to elevate her to superstar level.

Korda is the No. 2 player in the world and is coming off a victory last week, so her game is in the necessary form, and she’s also got one of the sweetest swings in the world. All of the pieces are there for Korda to take the next step, but time will tell if this is the week she puts it all together.

3. Can Lydia Ko tack on another major?

Lydia Ko has been excellent since she joined forces with GOLF Top 100 Teacher Sean Foley last summer. In the time since, she’s racked up top 10s at an impressive clip, earned a victory at the Lotte Championship and carded the lowest final-round score in major championship history. Now, she’ll look to bring that stellar play for four rounds at the Women’s PGA.

Ko is miles from the floundering, lost state she was in before last summer, but breaking a long major championship drought is no easy proposition (just ask Rory McIlroy). It’s been over five years since she last won a major. Will this be the week she ends the drought?

4. Lexi Thompson looks to bounce back

When talking about major championship droughts, it’s impossible for Lexi Thompson’s name not to come up. She came agonizingly close at the U.S. Women’s Open before a Sunday back-nine collapse, and so her major total remains at one.

The good news for Thompson is that before her meltdown at Olympic, she exuded a newfound perspective on the course. Scowling glares were replaced with smiles and laughs, giving fans a different look at the 26-year-old veteran. Whether or not the new mentality will be enough to offset the scar tissue from Olympic’s back nine will be one of the biggest questions of the week.

Michelle Wie West is back playing at the highest ranks of pro golf. However, after her long layoff, the comeback tour has been stuck in neutral. Wie West has made just one cut in five starts this season and was never really in contention, finishing T40.

Wie West returns to competition this week in Atlanta where she looks to survive the cut at a major for the first time in three years. At the ANA Inspiration earlier this spring, she was in contention after Round 1, so the talent remains with the 31-year-old, but the consistency to put it together for four rounds has eluded her. The chase continues at the Women’s PGA.