Tony Kornheiser and his son, Michael, share a podcast — and two decades of memories made on the golf course 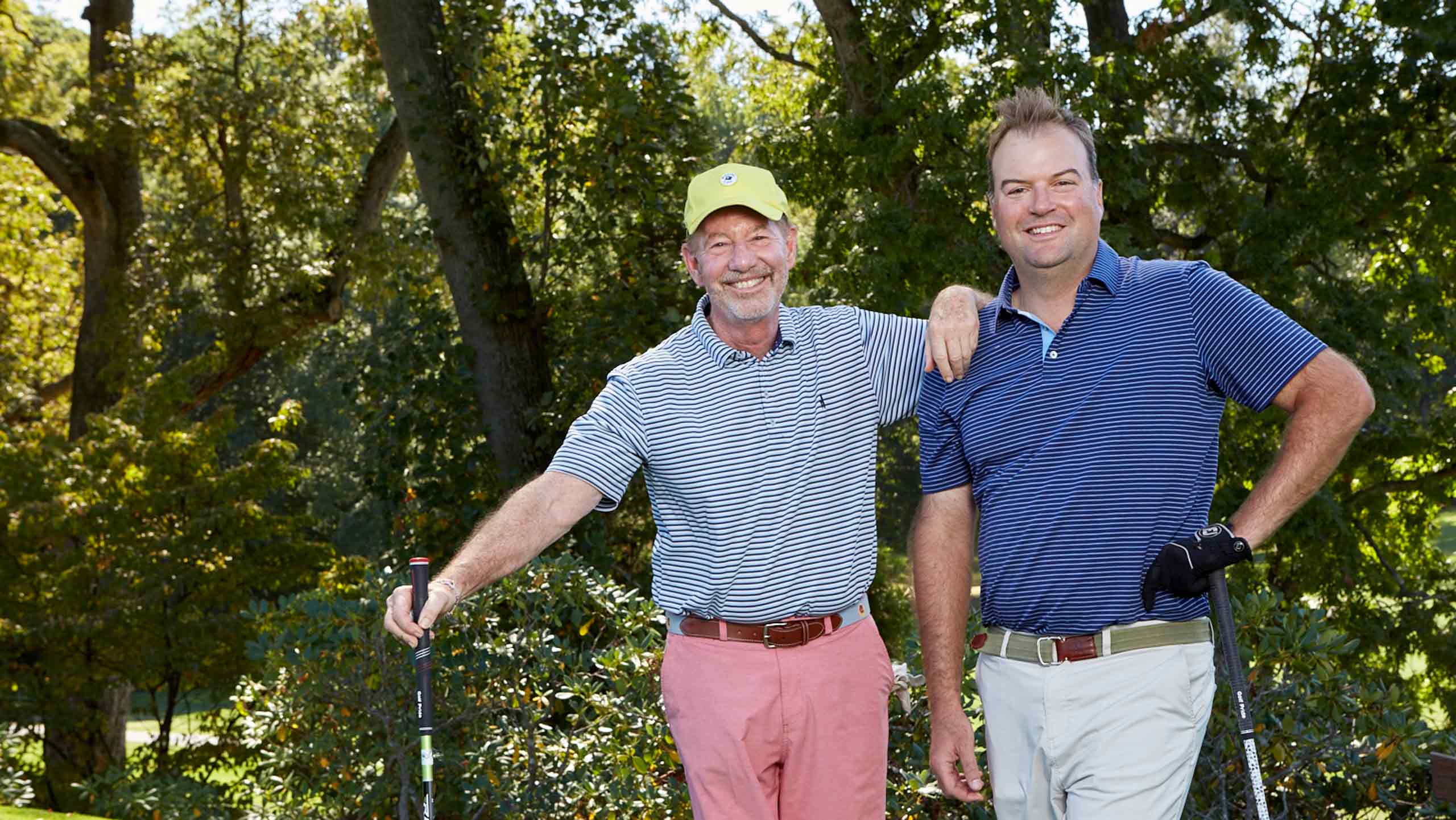 “What did I do wrong there?”

Tony Kornheiser just laid the sod over a downhill, 80-yard pitch, a fate so common to us double-digit handicappers that the question is more reflex than a reflection of real frustration. But Kornheiser is legitimately asking his son, Michael, a scratch golfer, what happened.

“It appears you didn’t hit a good shot,” Michael replies.

To this Kornheiser simply shrugs, puts his wedge back in his bag and takes a seat in his cart, waiting for his son, who nestles his own pitch to 15 feet for an easy two-putt par.

Most of our round this afternoon at Columbia Country Club, in Chevy Chase, Md., is spent admiring Michael’s towering drives and velvet touch around the greens. Like a lot of better players, there’s nothing much exciting about the younger Kornheiser’s game. He hits it down the middle, knocks it on the green, makes his putts and moves on to the next hole. Yet the zeppelin-like height of those drives evokes pride in his father.

“I can’t believe he lets me play with him when I’m so awful,” Tony says. It’s something he’ll repeat throughout the day as Michael continues to jar birdies and pars. The father and son, in many ways, are a picture of opposites that extends beyond the golf course. Tony is the loud and animated cohost of ESPN’s long-running afternoon talker Pardon the Interruption, which my wife alternately calls the “yelling show” and the “ding show.” Before he took to TV, the gregarious curmudgeon was one of the most celebrated sportswriters of his generation, working for a triple-crown roster of newspapers: Newsday, The New York Times and The Washington Post.

Michael, on the other hand, is quiet where Tony is loud, measured where Tony is brash. A former high school English teacher, Michael left the classroom three years ago to join his father on The Tony Kornheiser Show, a daily podcast Tony juggles with his five-days-a-week PTI commitment. For more than two decades, The Tony Kornheiser Show was a staple of sports-talk radio — terrestrial and satellite. But the podcast format, adopted in 2016, affords Tony more control over his schedule and the chance to be closer to his home in Washington, D.C. Once his father entered the podsphere, Michael came on board as a way to gain control over his schedule and to have more time for he and his wife, Liz, to start a family. The couple now has two boys, whom Tony has nicknamed Bootsie and The Hammer. Michael’s voice has an NPR-template quality, fitting for the calm he brings to his father’s storm. During the opening of one show last year, as Tony was about to launch into one of his trademark rants, Michael stopped him before he could even get started. “Can we stop here and think about tone?” he asked.

And just as he does on the golf course, Tony asked, “What did I do?”

Tony Kornheiser was not fated with an easy path to parenthood, but he wanted it fiercely. His first book — a 1983 memoir titled The Baby Chase — details the strain not having children put on his marriage. He and his wife, Karrill, eventually adopted two kids: a girl, Elizabeth, and Michael. Family — and golf to a lesser degree — is a catalyst for reflection for Kornheiser. His podcast offers a window into his love and admiration for his children, which is conveyed not so much by what he says as how he says it. And though they now work together, Kornheiser and his son find some of their most meaningful moments on the golf course, where Tony’s innate spirituality (though he would never call it that) reveals itself in his surprising awe and reverence for nature.

“I think golf courses are the most beautiful places on earth,” he says. “At various times of the day their colors are different, the lighting is different. They’re always peaceful.”

Family — and golf to a lesser degree — is a catalyst for reflection for Kornheiser.

For the last several years, Tony, 71, and Michael, 33, have taken to the course on Yom Kippur. “I rationalize that you don’t have to be indoors to atone for your sins,” Tony says. “The larger point is you go out there to be with your boy.”

Referencing the movie Field of Dreams and its indelible scene of father and son tossing a baseball, Tony says, “Nobody sees that scene and doesn’t weep. No man. The part I would stress is that we’re not talking about anything special. It’s just golf. For me, at least, it’s a wonderful moment of bliss that I have this opportunity to walk around with my son. I didn’t have this with my dad. I just remember my dad working all the time. My mother taught me how to throw a curveball.”

That’s funny coming from a guy who, himself, was driven by his professional life and who took up golf in his early 40s specifically to turn off his brain. “Golf was just for fun,” Tony says. “It was the only thing that took my mind off work.”

When Tony joined Columbia Country Club in the late ’90s, it coincided with Michael’s budding interest in the game, at age 12. By age 14, he was shooting in the 80s. Michael’s best and most vivid golf memory is when he broke 80 for the first time. It was at Columbia, and Tony was watching. “I knew when I got to 18, I had a bogey to play with and it was going to happen,” Michael recalls. “[My father] probably doesn’t even remember the round.”

A few holes later, Tony is asked the same question. “Oh, it would have to be when Michael broke 80 here the first time,” he says, beaming. “I was keeping score, and I kept the card.”

Tony wasn’t an absentee father by any stretch, but now that the two men find themselves working and playing together on a daily basis, golf has been a boon for both of them. These days, the pair is joined by Michael’s oldest son, Walker, which, of course, brings the cranky old PTI host to tears.

For him it’s all about legacy and pride. When Michael was first getting started in golf, Tony engineered a trip to Indian Creek Country Club in Miami, and a chance for Michael to take lessons. At the end of each day, after hitting balls on the range, Tony would turn to his boy as the sun dropped into the Atlantic. “Memorize this view,” he said in the glow of the light. And Michael did — because the day before Tony told me that story, his son did.

Michael Croley is a freelance writer based in Ohio. He has written for Bloomberg Businessweek, the International New York Times and The Golfer’s Journal.