Inside a three-win PGA Tour career that defies explanation 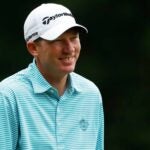 Ed. note: Relax, it’s Bamberger Briefly, FedEx-style. This is the second of nine installments that will be express-delivered to this site during FedEx1 (Boston), FedEx2 (Chicago) and FedEx3 (Atlanta.)

The other reason is that he read, and responded to, an email he received on Thursday of Greensboro week, from the PGA Tour, reminding him that if he didn’t register for this week’s Northern Trust tournament by Friday at 5 p.m., he wouldn’t be able to compete in it, even if he did qualify his way into it.

So he registered for a tournament that he wasn’t even in. It’s kind of a weird feeling. He certainly didn’t bother to sign up for the Tour’s Greensboro-to-Boston Monday morning charter flight, which would have required an additional Covid-19 test on Saturday. More bother he did not need.

Given the state of his game since the PGA Tour resumed play in mid-June, Herman didn’t even allow himself the fantasy of finishing first or second at the Wyndham, in Greensboro, and qualifying for Boston. You know how the sports psychologists tell the patient to imagine on Thursday what it’s like to be hosting the winner’s trophy on Sunday afternoon, cameras flashing? Herman was imagining a 10-hour drive south on I-95 on Monday, from Greensboro to his home in Palm City, Fla., where he lives with his wife and two young children.

Maybe the sports psychologists have it completely wrong. This statement is more likely to be true: In the longish history of the Tour, there has never been a golfer quite like Herman, with his three pretty much out-of-nowhere Tour wins.

The only career that you might be tempted to compare it to would be Andy North’s, who also had three Tour wins — two of which were in U.S. Opens. But North played college golf at a powerhouse, the University of Florida. He won on Tour for the first time as a 27-year-old. He logged scores of rounds with his friend Tom Watson. North was a Tour insider. Herman spent all his 20s and most of his 30s as an outsider knocking on doors.

When I first played with him, in 2006, he was an assistant pro at Trump Bedminster, married, with a spectacularly unflashy game and a spectacularly mild manner. He was 28 and nothing about him said he would ever get on the Tour, let alone win on it three times. His wife, Carolyn, worked in the Trump pro shop. Jim’s main job was to give lessons and play with the boss. They were eking out a living.

I remember following Mickelson and Jim at the Honda in 2015, when they played together on Saturday. I remember thinking that it wasn’t a fair fight, because Mickelson, of course, has it all, all the shots and all the personality. Jim remembers that round well, too, for two reasons. For one thing, it was the only time he was ever paired with Mickelson. For another, he had a top-10 finish that week. He’s had only 10 top-10 finishes in his 195-start career.

No Tour player has ever known a sitting president better than Herman. (Ike and Arnold became buddies after Eisenhower was out of office.) He didn’t establish himself as a Tour player until his late 30s. There’s not one part of his game that you would call spectacular. But he has three Tour wins. He now has his Tour card sewn up to age 45. He’s won $7.6 million on Tour. If he’s been careful with his money — and this guy is a saver, not a spender — he and his family will be set for life.

It’s the damnedest career ever.

For this week’s tournament, he was the last man in. On Thursday and Friday, Mickelson will be warming up every tee Jim plays, right in front of him.

“Phil is more gifted in golf than I am,” Jim told me the other day. “He has shots that blow mine away. His game has so much flash. He’s a more talented golfer. I mean, it’s not even close, especially comparing our short games. But with my driving game and my iron game, I’ve been able to cover up some of my deficiencies. I’ve been able to have a career.”

Good luck finding another Tour player who can talk about his station in his professional life with such candor.

In his three wins — Houston the weeks before the Masters in 2016, the Barbasol in Kentucky opposite the British Open last year, Greensboro last week — Herman has used three different putters and three different putting grips. He’s had three different caddies. But he’s had the same golf instructor through those wins. (Bill Davis.) Same wife. (Carolyn.) Same house. (In Central Florida, with a two-car garage and an automatic garage-door opener.) Same kids. (Abigail and Andrew, now back at their neighborhood school.) Same neighborhood strip-mall Italian restaurant. (Claretta.) Same stick-with-it manner. To a point.

Herman was off Tour for an extended period in 2018 because of a foot injury. “I was home, I had a Tour win, I was vested,” he said, referring to the Tour’s retirement plan. “I was getting on 40 and I was content. I thought, ‘I accomplished more in this game than I thought I would.’” His exempt status on Tour had expired. His play was far from stellar. Then he won the Barbasol event last year. Suddenly, he had a job for the next two years. Yes, this year he’s been carting around five different putters as he travels the Tour. But he at least knew he could get in most tournaments.

This summary of his own career has broad application:

In other words, you can look at launch angle and top-10 finishes and putting stats and conclude that Herman, just on the basis of the numbers his golf career produces, would not be able to have a career, and a home, on the PGA Tour. Yet he does. Can his career actually be explained? Three wins in the three chances he had to win and dozens of missed cuts in between them? Nope. There’s no explaining it.

You can try all you want, from presidential pep talks to changing putting grips. But the truth is, if you have the damnedest career ever nobody’s going to be able to explain it. Not Bob Rotella or Brandel Chamblee or Jim Herman or anybody else, except to say that data doesn’t tell the whole story. But three wins is three wins.

In my years of covering golf, one of the most impactful things I have ever been told came from Lucas Glover. He was describing the most significant moment for him, after winning the U.S. Open in 2009. It wasn’t hoisting the trophy in victory. It wasn’t reading the top-10 list on David Letterman’s show. It was walking on the range at Hartford at the next tournament. “Guys were looking at me differently,” he said. Everybody in this world, pretty much, wants higher status within their peer group. It’s human nature. What we will do to achieve it, and how much it means to any of us, helps explain who we are.

On Tuesday, at TPC Boston, Herman walked on the range and received congratulations from Jordan Spieth, Rory McIlroy, Jon Rahm and other players more accomplished and talented than he. But he was the one who shot 124 on the weekend at Greensboro to earn his spot on that range.

“Sometimes I wonder, `Do I really belong out here with these guys?” Jim told me on Tuesday. “Everybody is bombing out it out here. I’m not. But I’m on the range, and Rory is saying, ‘Nice playing,’ and I realize that I do.”