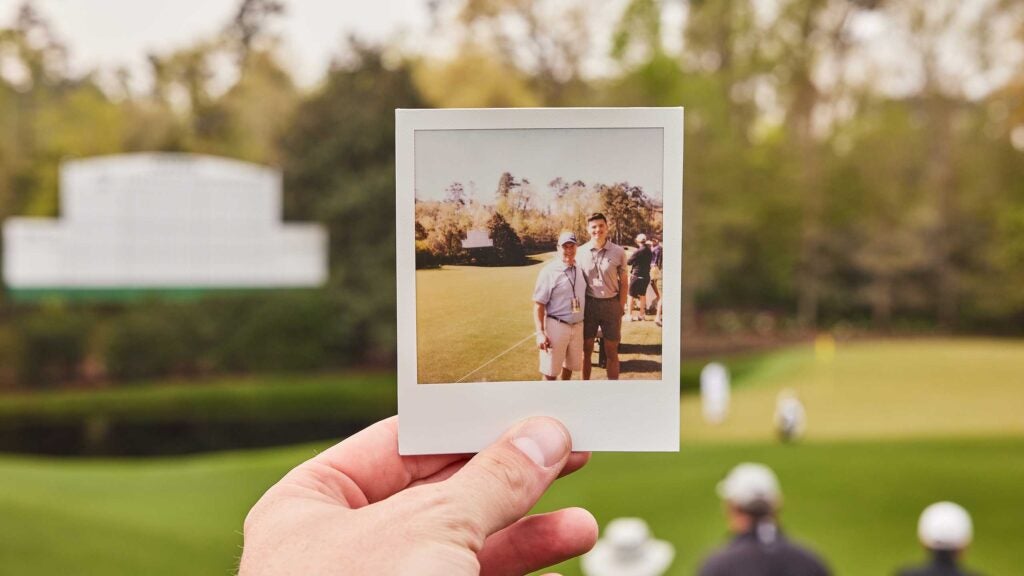 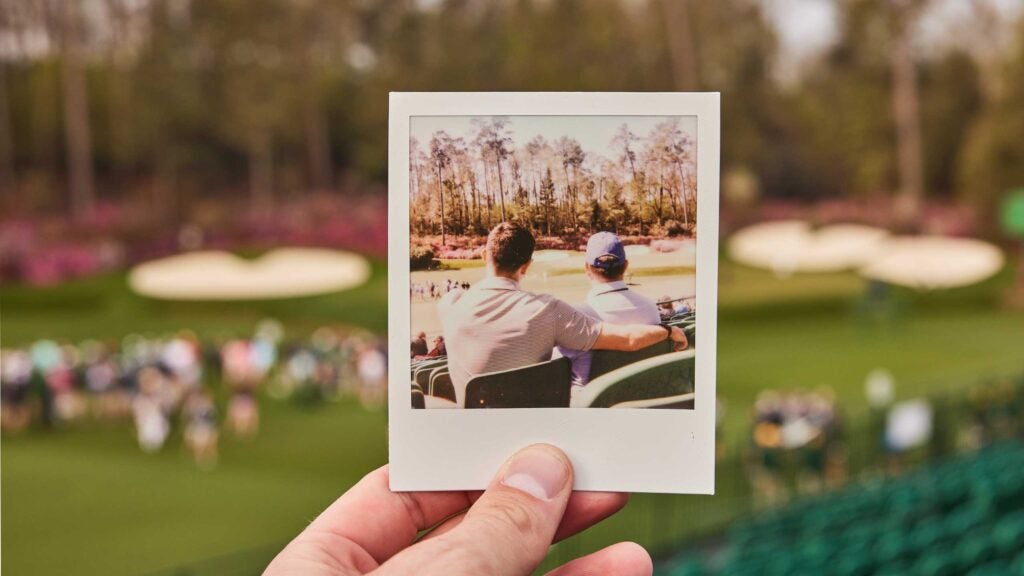 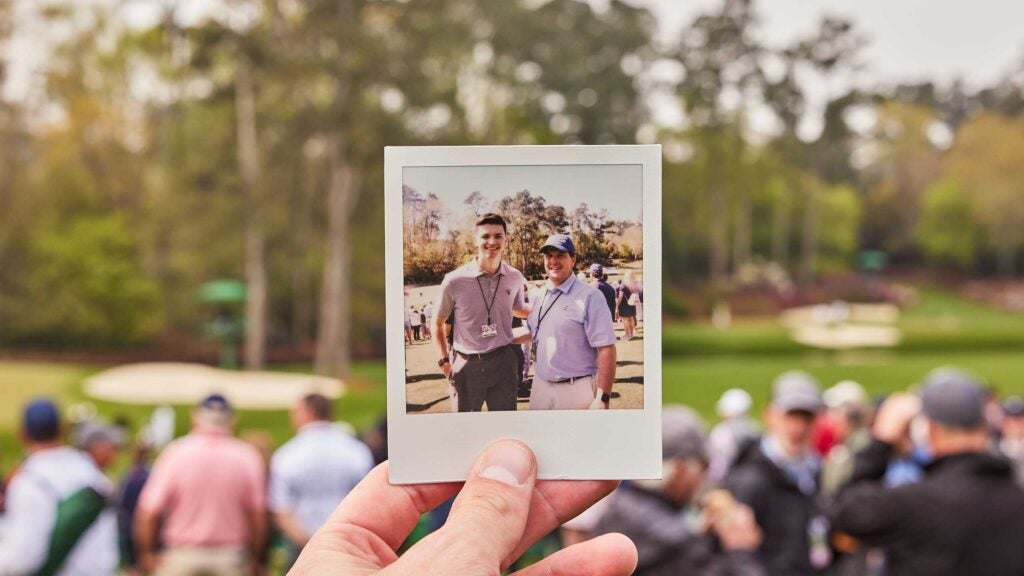 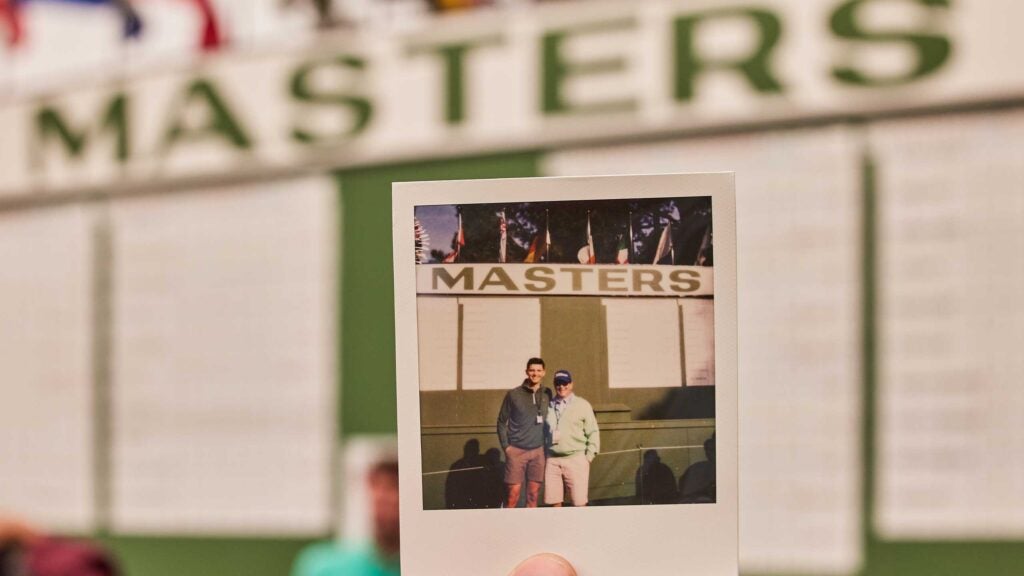 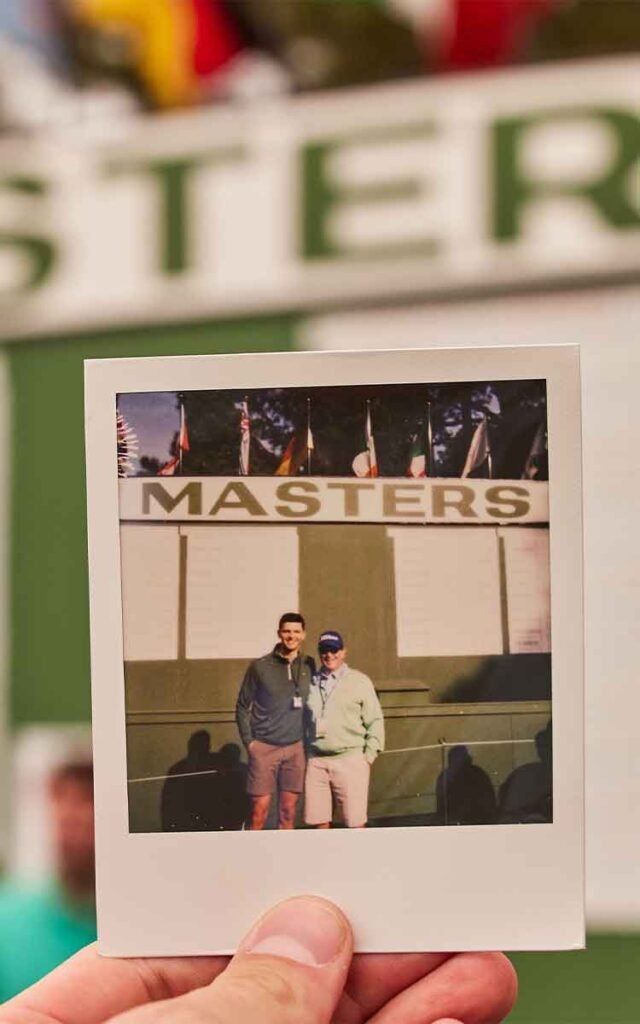 ‘The best day of my life’: How a father and son found Masters magic at Augusta National

AUGUSTA, Ga. — It’s true what they say, you know. Augusta in April will bring you to tears.

Even the Augusta Metro Diner.

“I just can’t wait to see it all,” Dad says, his eyes growing wide as a plate of fried chicken is placed in front of him. “I want to walk every fairway and see every green. I want to know the way it unfolds, the way it’s shaped and the contours you can’t see on TV. I know this golf course. I’ve always known this golf course, I’ve been watching every year since I was a kid…”

His voice trails off again, and now his eyes are glistening.

“Ah, god,” he says, wiping his tears. “It’s just, I used to watch this tournament every year with my dad. I just can’t believe this is real.”

But it is real. After fifty-seven years of waiting, it’s finally Dad’s turn. On Monday morning, for the first time ever, he’s headed to the Masters.

And so Dad is crying.

Surprisingly, the crying didn’t begin immediately on March 23, the day a friend texted Dad a picture of two Masters badges.

“Get out of here,” Dad said to the friend. “You’re kidding me. You’re not serious.”

When Dad realized the friend wasn’t joking, he began to cry. He hasn’t stopped since.

“This is a dream come true,” he choked out, the tears rolling down his cheeks. “You have no idea how much this means to me.”

He was right. The friend didn’t know how much it meant to him, nobody did. Except me.

Dad grew up poor, the ninth child of 10 in a family where golf was worshipped but not often played. For most of his life, Dad’s dad, Jim Colgan, was a custodian at Blessed Sacrament Church in Valley Stream, N.Y. — a job that left little time (and money) for his favorite sport.

For both Dad and Grandpa, golf fell secondary to family, spare for the few afternoons a year it wound up on their television set. Those afternoons were a sacred time in the Colgan household, and in the early 80s, no afternoon was more sacred than Masters Sunday.

Every year, Dad cleared his Masters Sunday schedule and glued himself to the living room, right next to Grandpa. For a working-class family from a New York suburb, Augusta National was heaven, and Dad and Grandpa knew enough not to question that.

Then one year, Grandpa got sick. Dad was older now, old enough to afford tickets. For months, he called in every favor, entered every lottery and followed every lead. But then April came, and there were no more strings to pull. So Dad and Grandpa watched the Masters together in Grandpa’s living room in Valley Stream, like they always did. Three months later, Grandpa was gone.

There were tears then, as there were three years later, when Dad watched Tiger Woods’ legendary 1997 Masters win alone.  And more tears — happy ones — that June, when Dad welcomed a new Masters viewing buddy into the world and named him James, after his old couch mate.

“The day is finally here,” Dad says, his voice cracking again inside our tiny hotel room well before dawn on Masters Monday.

Slowly, he pulls something from his bag. It’s a blue-striped Masters golf shirt, still in its original packaging. I bought it for him a year ago, and unbeknownst to me, he deemed it too precious to wear. Until, of course, today.

“He hasn’t savored anything like that shirt in 30 years of marriage,” Mom said with a laugh.

We made plans to walk the course together, meeting at 9 a.m. under “the tree” — a giant oak outside the Augusta National clubhouse. When I saw Dad emerge from the crowd, I thought he might well be floating.

“I don’t even know what to say,” he replied.

We ambled our way down the first fairway toward the famed Masters scoreboard. Then up to No. 2, where Dad remembered Louis Oosthuizen’s 2012 albatross. Later, we found ourselves on No. 10, where Bubba Watson hit his snap-hook miracle that same year.

“It makes even less sense now than it did watching on TV,” Dad said, climbing out of a perch from a dozen feet inside the pine straw.

Dad was a child again. His joy knew no bounds, and apparently neither did his behavior. At one point, I turned around to find him on all fours, his arm stretched under the ropes, pressing his palm against the fairway.

“I just had to touch it to know it was real,” he said.

Masters magic, it turns out, is difficult to believe even with your own eyes. And particularly so at Amen Corner.

“Can you believe some people want their ashes scattered here?” I asked Dad as we walked to the 12th tee.

“Some people?” he said, his eyes trained on Hogan Bridge. “Me.”

Soon, we were by the 18th tee, where we stopped off for a pimento cheese sandwich at a concession stand.

“Y’know,” Dad said as he scarfed down the first bite. “I kinda like it.”

We lingered for a long time over that sandwich. Our walk was nearing its completion, which meant I had to get back to work.

He paused for a couple of beats.

We hugged goodbye, and Dad cried once more. This time, I joined him.

They’re right, you know. Augusta in April will bring you to tears.

But not the golf course, the memories.