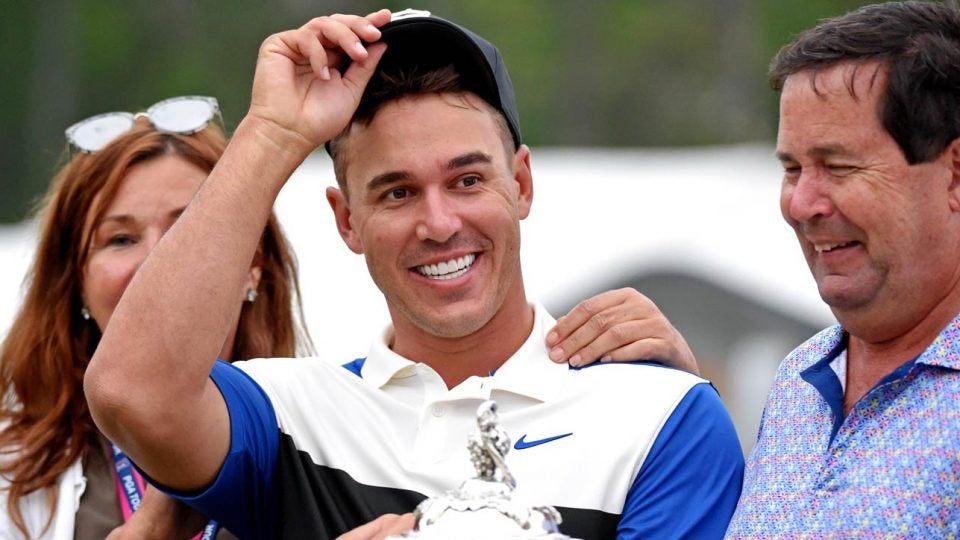 In this installment of the #AskAlan mailbag, GOLF senior writer Alan Shipnuck dishes on Brooks Koepka’s major potential, swoons at one of Jack Nicklaus’ lesser-known records and much more.

Without a doubt. Dude has been to hell and back…a few times. He might be the toughest, most tenacious player on Tour. His iron play is first-rate and short game among the best on Tour — that game travels, especially on a course that doesn’t require a lot of drivers, like Pebble Beach or assorted Open Championship venues. It would be deeply satisfying to see Na break through at a major because few players have ever climbed a mountain that high.

How cute was that? I used to be violently opposed to the family photo ops, because it seemed so contrived — after the winning touchdown catch is a football player mobbed by his wife and kids? But I guess I’m getting soft in middle-age because lil’ Sophia was one of my favorite parts of Na’s victory, of which there was much to celebrate.

This kid Matthew Wolff appears to be the real deal. Does he turn pro this year and how quickly do you think he has an impact on PGA Tour? Keep up great work bro. -@dafrase

Man, you were doing so well right up until the word ‘bro.’ Anyway, it seemed like a done deal Wolff would turn pro after these NCAAs…and then Oklahoma State got upset in the semis. He clearly cares about his team, and so I suppose the sting of this epic upset could lure Wolff back for a run at another, cathartic natty. But, clearly, Wolff has outgrown the college game and I expect he’ll follow in the footsteps of Tiger, Rickie, Jordan and sundry others who bolted early for the big leagues. Wolff is a special talent, and it will be a blast to watch him attack Tour venues. It seems like a sure thing that he’ll have a long, fruitful career but predicting pro success can be dicey. Remember Manny Zerman? Joel Kribel? Pablo Martin? Exactly.

The Memorial has the worst logo on Tour by far. Get me in touch with Jack to redesign, yes or no? -@JustShake

I agree it’s rather underwhelming. Surely there should be some iconography from Big Jack’s career — how about the putter-raise from the 71st hole at the ’86 Masters? Alas, no doubt Nicklaus has vetoed many such ideas with his Midwestern modesty. But if we’re not going get the man himself, shouldn’t they put a milkshake in the logo?

Does Jack get enough credit for his record of top-3 finishes in majors? It’s almost as amazing as the 18 titles. -@SteveThomsonMN

Speith always talks WE…. do you think if he would say “I “ need to putt better or “I” need to drive better, he may win? I understand the team concept, but he hits the shots. He’s responsible during the game. -@CarsleyGolf

This has always vexed me, and it goes way beyond Spieth. The royal “we” sounds inclusive but really it’s a shirking of the rugged individualism that has always made golf great. The modern pro has an entourage to attend to his mind, body and soul but, as you say, they’re ultimately all alone out there. I think acknowledging and embracing that would help a lot of these guys, not just Spieth. 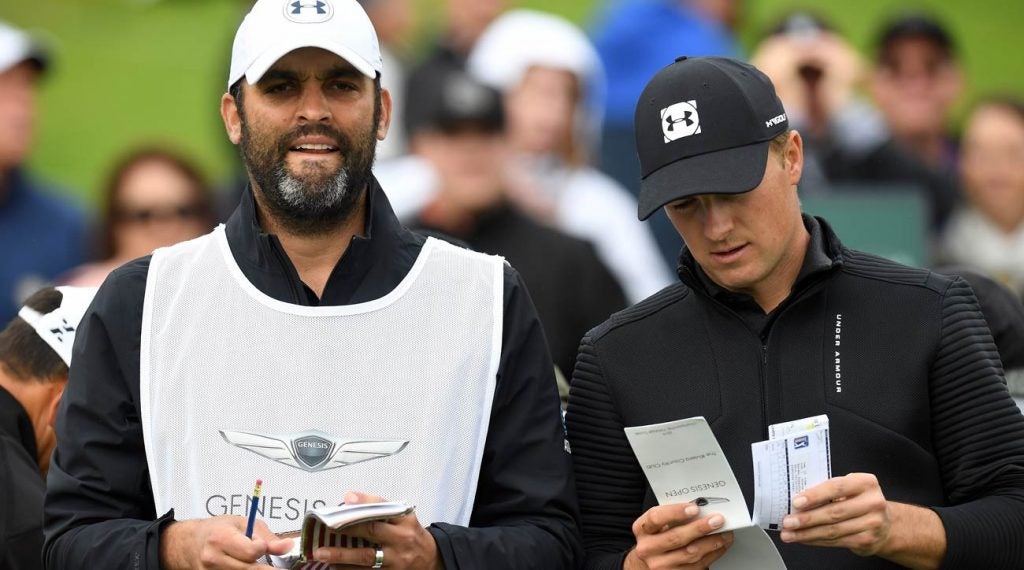 Oof, tough one. For the sake of this argument, let’s give Bruce/Brooks four more. Rickie will win one — he has to, right? Otherwise all those commercials are for naught, and who could abide that? Same with Rory — one of these days he’s going to turn a backdoor top-5 into a victory, just by accident. That puts the onus on Spieth. Does he have three more major championship victories in him? Does he have *one*? As woebegone as he seems these days he’s still only 25. He’s so smart and tenacious he has to figure it out soon. Right? The more we talk this out, I’m taking Koepka!

How far away are we from the PGA Tour network and what do you think that means for golf’s current TV partners? -@DKateeb

Before GolfTV made the scene I thought the Tour was positioning itself to start its own network. But Discovery is a huge, worldwide platform run by a bunch of smart people. And of course Golf Channel already serves as a very capable delivery system for Tour-related content. The amount of investment it would take for the Tour to duplicate these networks — in gear, technicians and talent — is prohibitive, to say nothing of the challenge of breaking into existing cable companies. Obviously the Tour could scoop up a ton of money, but that is reliant on delivering a good product. Look at recent ad campaigns and the bland social media offerings that emanate from Ponte Vedra Beach — are these people going to suddenly be able to create compelling television? Seems unlikely, and deep down Jay Monahan must know that.

Is there a way to make the U.S. Open stand out as toughest test of golf without going overboard on the course setup? Back to 36 holes a day? #askalan -@EduCrawford

I would loooove to see a return to the grueling 36-hole finish, which pushed players to the breaking point physically, mentally and spiritually. (Ask Ken Venturi, circa 1964.) But given the current plague of slow play, it would take two full days to play 36 holes in a day, so who are we kidding? Otherwise, the best hope is for the Open to go old-school with skinny fairways, gnarly rough and brick-hard greens, weather permitting. This kind of setup doesn’t lend itself to exciting golf, but it will identify a very proficient champion.

Can we get an annual #AskAlan Invitational golf tournament benefiting a local charity? Play the U.S Open course the year before or after the Open. -@GoranBarnes

This is simultaneously the best/worst idea I’ve ever heard. I shudder to imagine the hijinks: arguing about what constitutes a pitch versus a chip; endless bickering on the Pebble vs. Cypress question; real-time trolling of Lee Westwood and assorted other point-missers. I shall mull over this idea, but it honestly seems like too much of a public safety hazard.

My iron shots have turned into a high hook or a just a flat out miss left. Can you fix me? -@RickTurner_CRE

No, but send some video via Twitter to my guy @LukeKerrDineen — he’ll get you sorted.

You’re playing a par-3 in a charity outing, put one in the bunker, purchase a mulligan to benefit the charity and ace the next shot…does it count? -@JimmyNuge

No, but nice par!