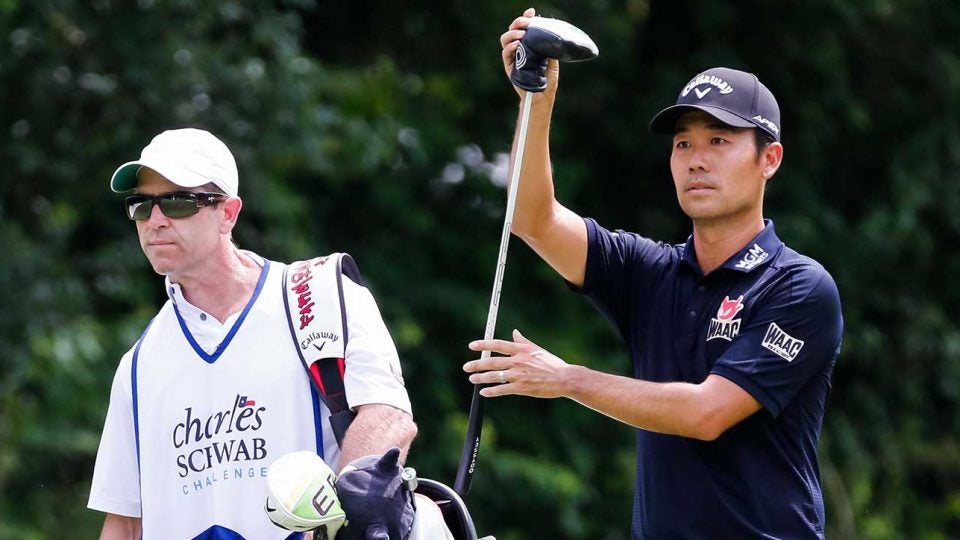 Kevin Na and caddie Kenny Harms get ready to play a shot on Sunday at Colonial.
USA Today

Kevin Na won $1.314 million with his victory at the Charles Schwab Challenge on Sunday, and his haul would have been even bigger had he not immediately gifted one of his prizes. The winner of this year’s event at Colonial also took home a restored 1973 Dodge Challenger, which was on display not far from the 18th green.

After Na birdied the final hole to shoot 68 and beat Tony Finau by four he chatted with CBS reporter Peter Kostis. But when they finished their brief Q and A Na had one more parting thought. Na’s caddie was getting a new set of wheels.

“He and I have an 11-year relationship,” Na continued. “We are like brothers, and I’m more than happy to give it to him.”

Harms has long had the back of his man, Na. It was just on Saturday at Colonial when a fan was giving Na and Harms a hard time, and Na made a double bogey on the hole.

“There was a fan distraction let’s call it,” Na said on Saturday. “Kenny being Kenny, he went off on her. He was screaming at her. And he has every right to do so. I felt bad for the lady. I was upset at first and then I saw the lady’s face and I was like, ‘Oh my God. She’s going to pee in her pants.’ So I said, ‘Come on Kenny. Let’s forget about it. Let’s just go.’”

As Nick Faldo joked earlier on the broadcast, Na, who was greeted on the 72nd green by his wife and young daughter, would need a car seat for the two-door Challenger anyway. So maybe this is more convenient anyway.

He promised to give it to his caddie. pic.twitter.com/CyhIwLPP3Q