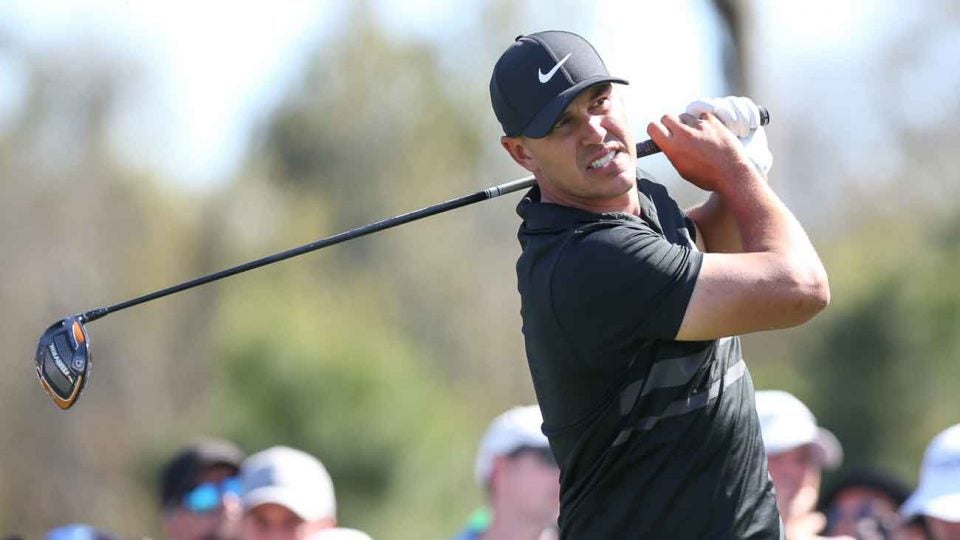 Second-ranked Jon Rahm and third-ranked Brooks Koepka are sticking with the PGA Tour over the proposed Premier Golf League, according to reports on Sunday, a month after the player that succeeded Koepka at the top of the Official World Golf Ranking, Rory McIlroy, also said he planned to stay with the tour.

“I am out of the PGL. I’m going with the PGA Tour,” Koepka told the Associated Press. “I have a hard time believing golf should be about just 48 players.”

“I think what I’m going to do is focus on just the PGA Tour,” Rahm told Golfweek. “At the end of the day I’m a competitor. I’m a PGA Tour member, and I’m going to stay that way.”

Rahm, Koepka, McIlroy and others have said they have been approached about joining the Premier Golf League, which would consist of an 18-event, 48-player circuit that would offer a team aspect and $10 million purses per tournament. Koepka told the Associated Press that he made his decision after meeting with Premier Golf League officials in February at the Genesis Invitational, but wanted to announce it when it wouldn’t be a distraction. The PGA Tour is currently on a four-event break, as the Tour canceled the remainder of this week’s Players Championship and the next three events, and the Augusta National Golf Club postponed the Masters because of the coronavirus outbreak.

Koepka told the Associated Press that a reason behind his decision is that the Premier Golf League would leave out players beyond the 48.

“I get that the stars are what people come to see,” Koepka said. “But these guys who we see win, who have been grinding for 10 or 15 years, that’s what makes the cool stories. I’d have a hard time looking at guys and putting them out of a job.”

Before the World Golf Championships-Mexico Championship last month, McIlroy also rejected the idea of the league, citing players’ decisions not to come to Mexico as one such example that wouldn’t fly on the new tour.

“If you go and play this other golf league, you’re not going to have that choice,” said McIlroy, who reiterated his stance at the Arnold Palmer Invitational earlier this month. “You basically — I read a thing the other day where it said, ‘If you take the money they can tell you what to do, so if you don’t take the money they can’t tell you what to do,’ and I think that’s my thing.

“So for me, I’m out. My position is that I’m against it; there may come a day that I can’t be against it, if everyone else goes I might not have a choice. But at this point, I don’t like what they’re proposing.”

“Rory speaks and lots of golf fans tend to listen and that’s because of who he is,” Gardiner said on the “Rick Shiels Golf Show Podcast.” “He is exceptional on the course, he’s compelling, you know when you see him going on a run, you can’t take your eyes off it, but he’s also exceptional as an individual. So I listened and thought, ‘OK, that’s very interesting.’ It’s interesting from a couple of points. He talked about being on the right side of history, and I thought to myself, ‘Yeah, we all want to be on the right side of history,’ and that’s what we spent the last six years hoping we might become.”