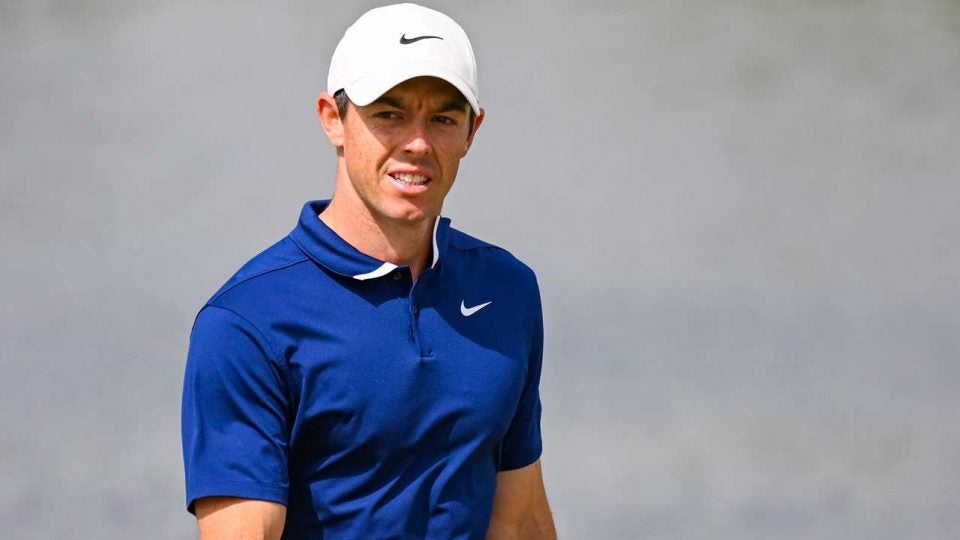 Rory McIlroy has made it clear that he has no interest in the proposed Premier Golf League.
Getty Images

“I didn’t really like where the money was coming from,” McIlroy said.

That money is coming largely from Saudi Arabian interests, and that stance, Chamblee says, is what separates McIlroy from his peers — even more so than his tremendous ability.

“That one line, that one line is his brilliance,” Chamblee told reporters at the Players Championship on Tuesday. “‘I wasn’t really happy with where the money is coming from,’ because think about that philosophical question. Somebody comes to you and says, I’m going to pay you 10 times the money you’re making to do the exact same job but with it comes a little baggage, and then we all sort of hedge a little bit here and a little bit here, and the next thing you know you don’t care if they’re throwing homosexuals off of buildings for sport, chopping people up and killing them because they changed their religion. I applaud the man. What he does on the golf course is one thing, but what he did in the media center, I mean, that’s — that’s rarer than the athletic skill that he has.”

The Premier Golf League’s CEO, Andrew Gardiner, has stated publicly that the Public Investment Fund of Saudi Arabia, which invests on behalf of the Saudi government, is a major source of funding.

Saudi Arabia’s investment in the golf world has become controversial given its record of human rights violations, including the 2018 murder of Washington Post journalist Jamal Khashoggi. Human Rights Watch describes the country as “continuing to discriminate against women and religious minorities.” Homosexuality is also punishable under Saudi Arabian law through fines, imprisonment and much worse.

No other golfer of similar stature has taken any sort of stand against the league; McIlroy’s willingness to do so had Chamblee calling to mind the names of other sports pioneers like Muhammad Ali and Arthur Ashe.

“You have to look beyond the golf world; you start thinking about people that were speaking of issues bigger than their sport, more important than their sport,” Chamblee told GOLF.com later. “Because this goes far beyond the amount of money they’re going to make playing golf. This goes to philosophical, moral, ethical issues.”

Chamblee pointed out that just because he thinks McIlroy made the correct decision doesn’t mean he thinks it was an easy one, saying, “It’s easier to make the comments that Phil Mickelson did, what did he say? ‘Why would he throw away his leverage?’ Wow.”

When asked how he would respond if he were in a similar position to today’s elite pros, Chamblee admitted he doesn’t know. “It’s a question I should ask myself, you should ask yourself. I would like to think that I’d respond the way Rory did,” he said. “But I think what Rory said was far more important and rarer than his athletic skill.”

The source of the funding isn’t the only thing that McIlroy didn’t like about the proposed league. He values the autonomy he currently possesses on the PGA Tour to play where he wants, when he wants, in contrast to the rigid schedule proposed by the PGL.

“You’re going to be contracted to play 18 events, they’re going to tell you where and when you should be there, and as a golfer and an independent contractor I didn’t like the sound of that,” McIlroy added.

Chamblee appreciated that stance, too, and pointed out just how connected it was to the moral argument about the source of the league’s funding.

“You find me another sport where they have that autonomy, and now all of a sudden they are no longer autonomous, they are beholden, and not only are they beholden, they’re beholden to people that in my estimation are not unlike a drug cartel,” Chamblee said. “You’re talking about the most egregious acts against humanity. These people put homosexuals in bags and throw them off buildings for sport. They chop up journalists. So every morning you’d have to look in the mirror and go, ‘Do I really like where this money is coming from, am I not somewhat complicit, am I not being a ventriloquist, am I not sort of being a part of the euphemizing of these atrocities?’ And you’ve got one guy to stand out and say these are the problems here.”

To McIlroy, the decision to speak his mind was difficult — but the reasoning behind it was simple.

“I have been outspoken about a number of issues in golf over the past couple years, and I’m happy about that,” he said. “I’m not trying to set some sort of example, but I guess I want to be a voice out there that can at least put forth some good commentary and a decent opinion on things, and that’s what I try to do.”

In Chamblee, he’s convinced at least one influential audience member.