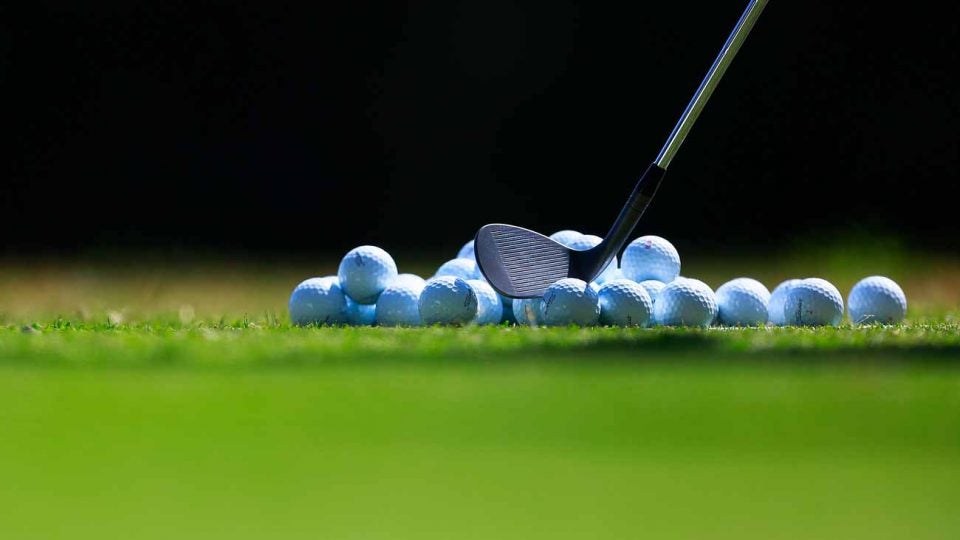 In 2014, Andy Gardiner, then an early 40s director at Barclays Capital, had found his business dealings giving him a seat and a drink right next to his pleasure ones. And so the golf fan asked the golf executives the golf question that had been sitting atop his mental tee for quite some time.

“You’ve got to do the world tour — please. Why haven’t you done it yet?” the London-based Gardiner remembers. “And the answer was — I won’t give you the precise words — but it will never happen and it won’t ever happen.”

Gardiner went home. He wrote. And sleep be damned, he wrote for three straight days. In that manifesto became the outline for the Premier Golf League, a concept that he believes will alter the way you view professional golf at every level, the players, the prize money, the format, the courses, the existing tours — even how the players dress.

“We’re only doing this because this is what we believe we, as a fanbase, want,” Gardiner said on the “Rick Shiels Golf Show Podcast” on Friday. “If in due course, the feedback is we’re just entirely happy with the way things are, that’s great. We will then move on. It should only happen if a sufficient number believe it’s in the best interest of the sport.”

Before Friday, the PGL had been mainly a mystery, albeit a buzzy one. Players had been asked about it. Phil Mickelson played a round with Gardiner and other investors. This week, world No. 1 Rory McIlroy said he was sticking with the PGA Tour. Gardiner, the PGL CEO, had heard it all, and it led him to break his silence on the league, which he hopes will begin in 2022.

Among the topics discussed:

The world’s 48 best players will play 18 events (10 in the United States, three in Europe, three in Asia, one in Australia, one in the Middle East) in both an individual and team format. Tournaments will be three rounds, with the first two shotgun starts, for a purse of $10 million, and Gardiner potentially sees a relegation format for players, like in professional soccer across the globe.

The team aspect is one of the biggest changes. A “team principal” will pick just two of his four golfers’ scores to count toward the team total that day, which will build toward the season-ending, $40 million-purse event.

“You’re going to have a situation where the team principal will be asked who did you pick today and then why and there’ll be a reason,” Gardiner said. “You know, it could be course setup, it could be how the guy’s feeling – that’s interesting. It’s jeopardy, but I also want to hear the guy who shot the 65 or the 66 and come off and say, well, I told you you should have picked me because he went out and shot a 74.

“The reason it matters is also key because seasonal narrative, making sure that we, as fans, are engaged from start to finish – every single shot counts.”

How is it funded?

Gardiner said there are about 60 shareholders, including the Raine Group, a global merchant bank, and the public investment fund of Saudi Arabia.

“The backing that we have is more than sufficient,” Gardiner said, pausing on “sufficient.” “And the number of inquiries we’ve had in recent weeks that would like to support us has, of course, been nice. We have sufficient backing to ensure that, if the players and the fans want this to happen, it will happen properly.”

Sponsors, he said, helped shape the format and want in.

“We went around and canvassed the views of those whom the sport would be very different and we listened to them and we said, are you happy, and if you’re not happy what aren’t you happy about,” Gardiner said. “And a couple of themes came back, and the first thing was not knowing where the best guys are going to play, which is something you get as a fan because you get caught up in a story and you wonder, well, why isn’t he there that week, when am I going to see him next. This enables you to see the best player that you want to see every single time because there are only 48 out on the course, so they’re all getting filmed.”

Which players are in?

No one yet, as Gardiner said he hasn’t asked anyone — though “we’ll come to a point probably in a handful of weeks where the players get to make the choice and that’s all that is about.”

“This is an opportunity that we are presenting a choice,” Gardiner said.

What did he make of Rory’s comments?

“I found it fascinating, and it really made me think because I’m no different than anybody else. Rory speaks and lots of golf fans tend to listen and that’s because of who he is,” Gardiner said. “He is exceptional on the course, he’s compelling, you know when you see him going on a run, you can’t take your eyes off it, but he’s also exceptional as an individual. So I listened and thought, OK, that’s very interesting. It’s interesting from a couple of points. He talked about being on the right side of history, and I thought to myself, yeah, we all want to be on the right side of history, and that’s what we spent the last six years hoping we might become.”

What about the existing tours?

In early January, PGA Tour Commissioner Jay Monahan said that nobody will be a member of both the PGA Tour and the Premier Golf League.Gardiner said he hasn’t yet spoken to the PGA Tour, but would like to collaborate — which he knows may sound odd.

“The first official release we put out said we just want to clarify one thing — we intend to work with and collaborate with other tours. I know the reaction to that was yeah, whatever, of course they’ll say that, but we’re creating a lot of value; the value can be shared,” Gardiner said. “Our view is that we would like everybody to be involved with this.”

What about the majors?

The PGL will not conflict with them.

“We’re fans — we appreciate what the majors are to the game,” Gardiner said. “The term I’ve used in the past is they’re sacrosanct — they don’t need me to tell anybody how special they are.”

None have been chosen yet, but Gardiner envisions six becoming permanent fixtures.

What will players wear?

Uniforms. And even shorts if desired.

“To be regarded as a team, you wear the same team kit,” he said.

Will there be a women’s PGL?

“I see it in due course, in terms of competing together,” he said. “I’ve been to events where it’s happened, and I find it very entertaining. I’d say at a bare minimum, if golf is coming to town, why not have the equivalent women’s format prior to or post?”