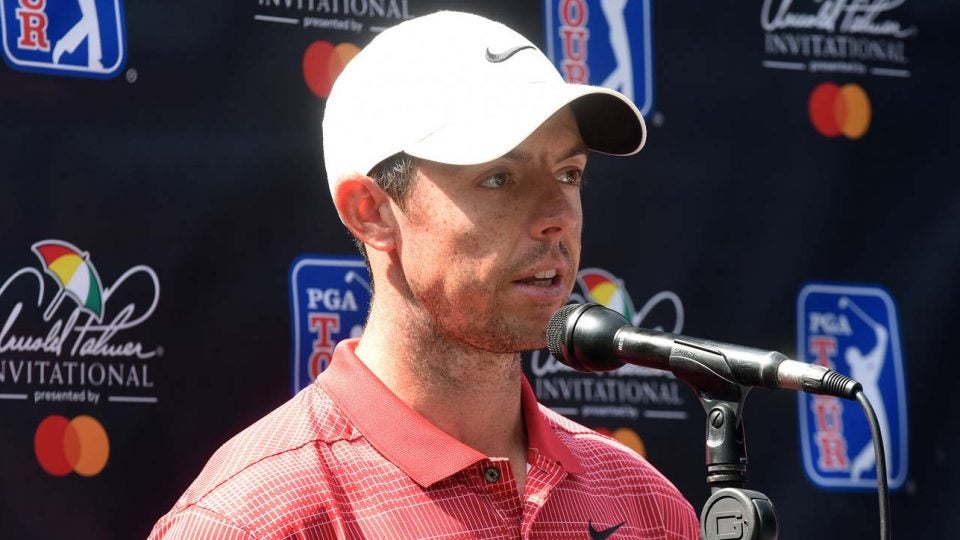 Rory McIlroy has not been shy in his opposition to the PGL.
Getty Images

Last month at the WGC-Mexico Championship, Rory McIlroy spoke out in strong opposition of the proposed ultra-rich Premier Golf League. In doing so, the World No. 1 became the first player to take a staunch stance against the Saudi-backed tour hoping to replace the PGA Tour as the world’s premier golf league.

“For me,” McIlroy said. “I’m out. My position is I’m against it until there may come a day that I can’t be against it. If everyone else goes, I might not have a choice, but at this point, yeah, I don’t like what they’re proposing.”

After firing an opening-round 66 at the Arnold Palmer Invitational, McIlroy doubled down on his original thoughts about the PGL.

His main points of contention? Losing the freedom as an independent contractor to freely choose the events he plays in, and the dubious cash flow that’s coming into the league.

“You’re going to be contracted to play 18 events. They’re going to tell you where and when you be there,” McIlroy said. “As a golfer and an independent contractor, I didn’t like the sound of that. I didn’t really like where the money was coming from either.”

Rory McIlrory on the proposed PGL
Total candour, no sitting on the fence 👏🏽🙌🏽 @GolfChannel pic.twitter.com/RRhoYDbRZR

Geoff Shackelford initially broke the story on the details of the proposed new tour. The league follows a team-centric model – think Forumla-1 racing – with weekly purses in the neighborhood of $10 million. Players also compete with their teammates toward a large, end-of-season prize pool.

It hasn’t been all opposition to the PGL from McIlroy. Earlier in the week he even hinted that certain elements of the proposed league were intriguing – particularly the limited fields and fewer number of tournaments. However, the PGL is going to have to be even more innovative if they wish to wow McIlroy. Huge piles of cash aren’t going to be enough.

“Money’s cheap. Money’s the easy part.,” McIlroy said in Mexico. “It shouldn’t be the driving factor. For some people it is, and look, we’re professional golfers and we’re out here playing golf to make a living, but at the end of the day I value my freedom and my autonomy over everything else.”

Other players have been mum or even ambivalent about the league’s prospects. Brooks Koepka, in typical Koepka fashion, was underwhelming in his neutral response: “I’m just going to play where the best players play, simple as [that].” While Tiger Woods played his hand close to the vest: “There’s a lot of information that we’re still looking at, and whether it’s reality or not, but just like everybody else, we’re looking into it.”

While other players waffle, the Tour has to be breathing a sigh of the relief that the biggest star in the game, other than Woods, isn’t planning on fleeing for greener pastures lined with cash.

“I wanted to be the first one to speak out against it and I’m glad that I have,” McIlroy said.