What Brandel Chamblee got wrong: Our Top 100 Teachers fire back 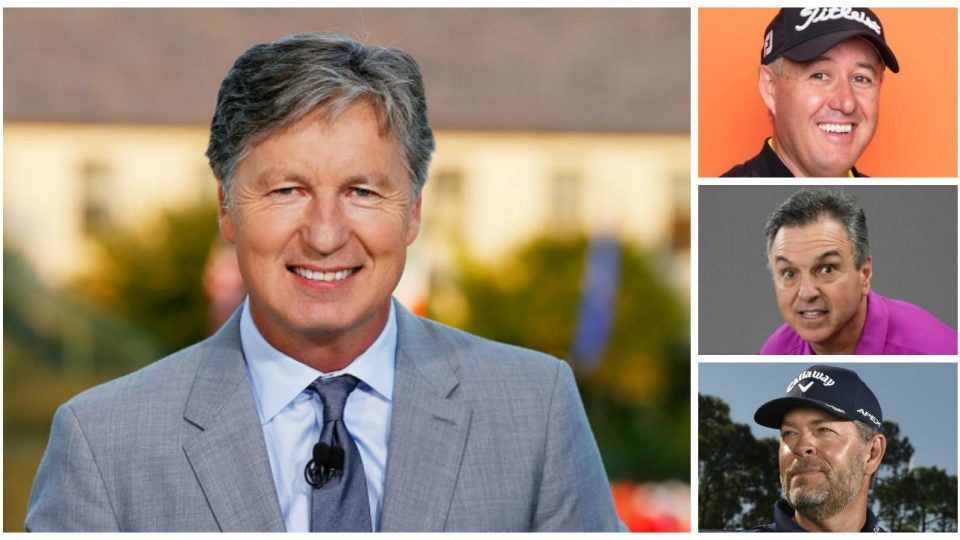 What did our Top 100 Teachers make of Chamblee's instruction takes? We asked (far right from top) Jonathan Yarwood, Brian Manzella and Jeff Leishman

Brandel Chamblee’s controversial three-part interview with Golfweek ignited a flurry of heated reaction from all corners of the golf world. One off-color comment, which Chamblee has since apologized for, was condemned as “offensive, sexist and disgraceful” by the PGA of America. Other remarks about the state of golf instruction — he said instructors are hurting more PGA Tour players than they’re helping and that teachers have been “exposed for their idiocy” by the proliferation of instruction on YouTube and other social media outlets — have prompted strong rebuttals from a number of notable teachers, including Michael Breed and David Leadbetter, who wrote an open letter to Chamblee on Golf Digest.

With opinions flying, we opened the floor to a handful of GOLF Top 100 Teachers. Here’s what they had to say…

I would like to believe that Brandel is controversial because that’s his job. Everyone in broadcast media has a persona, and I think everyone is expected provide content based on that persona. David Duval, for example, provides his opinion from a player’s point of view — and does a great job at it. The problem becomes taking that broadcast persona to other platforms and negligently stirring up controversial opinions.

The YouTube-instant-gratification-social-media-bashing aspect of golf instruction isn’t going away. It enables people to pile on opinions without peer review. There is no fact-based, measured references of diagnoses, nor any background on coaching strategies or long-term plans. I can tell you that I would never try and diagnose anyone based on a YouTube video, an Instagram post or a tweet and those in a position to publicly opine on the golf world to the masses should ultimately be held to the same standard. None of us (Tour coaches), and hopefully no one that coaches golf for a living, is ever trying to make someone worse.

Hours of sleepless nights can attest to that.

Cameron McCormick certainly isn’t trying to make Jordan Spieth worse, and none of us can know with any degree of certainty exactly how he’s trying to make him better. I assume Rickie Fowler went to John Tillery because he felt John could provide what his game needed. It’s up to no one to decide if those choices are the right ones, except the player and the coach. No one should be judge and jury on whether those things are working, or why they may not be, without knowing all the facts. Speculation and negative personal opinion can ultimately ruin a coach’s reputation, and with that, his or her career.

On the other side of the coin, there are five different Tour broadcasters who regularly contact me for real-time information about players. They want to get it right. That’s not only appreciated, but it’s also responsible journalism. It should serve as a reminder to Brandel Chamblee: He isn’t an Instagram influencer, or a YouTube “judge” — he is, in fact, a journalist.

Chamblee is dead wrong about TrackMan, which he said does not necessarily help players improve their swings. A year after I started to teach with it, 10 years ago, I predicted less cookie cutter swings would start to be seen at the highest level and wrote about it often on my website. Miller Barber, Lee Trevino and Calvin Peete would light up TrackMan like a pinball machine and would have been less likely to have mechanical changes suggested to them by a teacher using the device.

It’s not even up for debate how much positive influence TrackMan and similar devices have made on professional golfer improvement at all levels. Just look at Monday qualifier scores, which have spiked off the chart in the TrackMan era.

Chamblee also takes issue with the various instructor lists. I’m proud to be a member of both GOLF Magazine’s Top 100 and Golf Digest Top 50. I worked for 25 years to be named to those lists, with zero politicking. They are certainly not perfect but are very reflective of what is actually happening in the teaching industry. While every teacher could make the case for a dozen folks who aren’t on the Top 100 or a half-dozen not on the Top 50, those teachers will very likely make those lists in the next couple of cycles.

It is offensive to me that the person who gets to comment the most on my profession in the media has not only never been a teacher, but has an obvious bias for ideas and teachers that he has relentlessly promoted who is not on either list.

Brandel is a great guy: articulate, intelligent, insightful and well researched. His is also inundated with a snow of facts, data and information, much of it conflicting.

Instruction of the past has been historically based on either opinion and the personality of the coach or a one-size-fits-all “method.” Indeed, Brandel and his coach, Lucas Wald, are proponents of an old-fashioned way of swinging, which has great merit for some but is disastrous under the microscope for others. There is no tangible data or testing for this methodology other then still images and photos on which it’s based.

Personally, my teaching has improved tremendously with the modern technology at my disposal. I can measure and quantify things now using Trackman, Swing Catalyst 3D motion plates, Kvest and video to create a factual 360-degree view of a player’s swing, eliminating opinion and replacing it with facts and evidence.

As a result, I can eliminate a  singular method, and instead tune each individual’s swing to be the most efficient version of themselves.

In Brandel’s position, it’s easy to let something slip out on a whim. I’ve done live TV and interviews; it’s easily done. He’s a sensible and honorable chap, and I know he has a greater knowledge than his flippant comment. So, forgive transgressions and let’s rejoice in the fact that instruction has come so far!