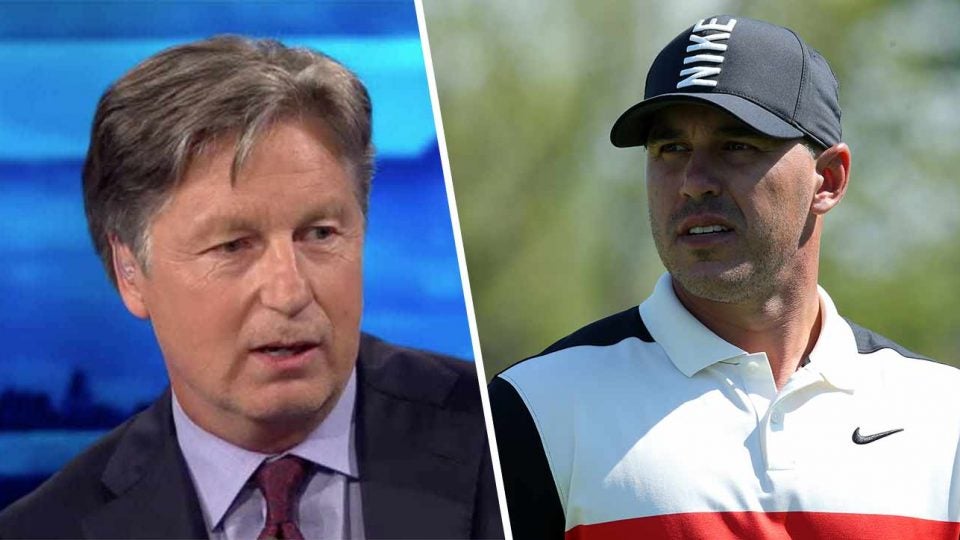 Brooks Koepka and Brandel Chamblee give the golf world plenty to talk about.
USA Today

In the leadup to the CJ Cup, Brooks Koepka was asked a question about his budding “rivalry” with Rory McIlroy — which he roundly dismissed, throwing shade at McIlroy in the process.

“I’ve been out here for, what, five years. Rory hasn’t won a major since I’ve been on the PGA Tour. So I just don’t view it as a rivalry,” Koepka told the AFP. “I’m not looking at anybody behind me. I’m No. 1 in the world. I’ve got open road in front of me and I’m not looking in the rearview mirror, so I don’t see it as a rivalry.”

The comments were straight from the Koepka playbook, but they rubbed some people the wrong way, including Golf Channel personality Brandel Chamblee, who called the remarks “disrespectful.”

For one thing, Koepka-McIlroy is undeniably a rivalry, Chamblee pointed out.

“I mean, this is adding fuel to a rivalry that definitely exists,” he said. “Look, they’re the No. 1 and 2 player in the world, they each have four major championships, the last two times that they’ve gone head-to-head, each has gotten the better of the other.”

Those last two times came at the WGC-Memphis, when Koepka dusted McIlroy in the final round, and at the Tour Championship, where McIlroy returned the favor en route to claiming the $15 million season finale prize.

“In general, I just thought it was disrespectful,” Chamblee added. “When you start to look at great players who have rivalries — take Tom Brady talking about a rivalry with Peyton Manning — you can go back and find the quotes, many of them, and they’re fabulous quotes about how Peyton Manning would bring the best out of him and if he didn’t play well he would lose to a Peyton Manning-led team.”

He further cited Jack Nicklaus as an example of someone who respected rivals like Arnold Palmer, Gary Player, Lee Trevino and Tom Watson.

Further intrigue was added to the Koepka-McIlroy rivalry when McIlroy took home PGA Tour Player of the Year honors despite Koepka’s four top-4 finishes at major championships. Chamblee was on McIlroy’s side of that debate, too, and thinks his resume stacks up just fine against Koepka’s. This is hardly the first instance where Chamblee and Koepka have expressed a difference of opinion.

“Look, I mean, Rory had the better year, you could make the argument that what Rory has done the last couple years, winning the Vardon Trophy [for lowest scoring average] a couple times and the Players, that Rory could say what Brooks said, but he would never say that.”

After taking time off to rehab a knee injury, Koepka is off to a rough start to his PGA Tour season. He missed the cut at the Shriners in Las Vegas and withdrew after rounds of 69-75 at the CJ Cup after aggravating that knee injury.

McIlroy, meanwhile, returns to competitive action on Monday in a skins game showdown with Tiger Woods, Jason Day and Hideki Matsuyama before teeing it up at the first-ever Zozo Championship. No doubt he’ll be asked about Koepka’s comments then.