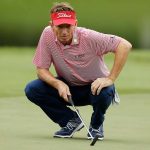 Arm-lock putting is swiftly gaining popularity on the PGA Tour these days. Some of the best golfers in the world — the likes of Bryson DeChambeau, Webb Simpson and Will Zalatoris — have found success arm-locking in recent years. But with the technique’s rise in popularity comes an army of detractors.

Billy Horschel made waves last week when he came out against the arm-lock putting at the RBC Heritage as he said that “guys are doing it too good.” With the putter “locked” against the arm, the face is more stabilized than when the grip rests in a player’s hands. Horschel argued that constitutes anchoring, which is banned under the rules of golf.

Horschel is not alone in that assessment as Brad Faxon, commonly referred to as one of the best putters of all time, added his voice to the anti-arm-lock brigade.

“In my opinion, we have to get rid of the arm-lock,” Faxon said on Sirius XM PGA Tour Radio. “It’s absolutely anchoring. If the USGA doesn’t think it is, then they need to look at themselves in the mirror.”

According to Rule 10.1, a stroke is defined as: “Fairly striking at a ball with the head of a club. The fundamental challenge is to direct and control the movement of the entire club by freely swinging the club without anchoring it. … The player must fairly strike at the ball with the head of the club such that there is only momentary contact between the club and the ball and must not push, scrape or scoop the ball.”

As Luke Kerr-Dineen detailed earlier this week, arm-locking escapes the wrath of the rulebook under that definition. Because the putter is resting against the arm, which is moving free and independent of the body, it is legal. There is no fixed point that the putter rests against.

Faxon doesn’t quite see things this way. He believes it goes against the spirit of the game.

“That is not swinging the golf club,” he said. “I don’t think that our founding forefathers of this game thought that you should be able to do that at all.”

No matter which side of the arm-lock argument you fall on, don’t expect the controversy to go away any time soon. As more players find an advantage arm-locking, others are likely to try it out, and more chatter around the technique is sure to follow.

Just don’t expect that to change Faxon’s view on the matter.

“I will stick with [that view] for the rest of my life,” he said. “Whether I’m a good putter or a bad putter.”