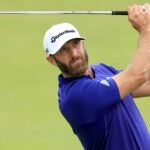 Dustin Johnson watches an approach during the first round of the U.S. Open.

Day 1 of the 2022 U.S. Open is in the books, with Adam Hadwin (four under) grabbing the early lead at Brookline. Rory McIlroy leads a group of five at three under, and he’s a whopping 11 strokes better than Phil Mickelson, who shot 78 and is tied for 144th. What was your biggest surprise from Thursday?

Jessica Marksbury, senior editor: For me, it’s Phil. I mean, I know it’s a bit far-fetched to expect him to really contend this week, but I certainly expected him to summon a lot more than that.

Josh Sens, senior writer: I actually thought Mickelson had about a 50/50 chance of breaking 80, given that he hadn’t played much and his head clearly isn’t in a great place. So the round he put up did not surprise me in the least. And I expected the big-name LIV guys to struggle for some of the same reasons: too much swirling around them. Sure enough, Na, Oosthuizen, Gooch, Garcia all struggled. In that sense, DJ’s tidy round comes as (slightly) unexpected. But really, maybe the biggest surprise was that there weren’t any big surprises. A few outlier leaders are par for the course.

Luke Kerr-Dineen, instruction editor: The course! The first piece of gossip I heard when I got on the ground today was from a coach. The USGA usually welcomes players to the course on Thursday morning with quicker greens than the days before. That wasn’t the case on Thursday. They were the same speed as Wednesday; no double-cutting, no extra rolling. It was surprising in the sense that most fans wouldn’t have expected four under to be leading at The Country Club after 18 holes. It was exciting in that I wouldn’t be surprised to see four under be the eventual 72-hole winning score.

James Colgan, assistant editor: How about DJ, who left Thursday two strokes back of the lead after six months of bad golf and three weeks of nonstop controversy? DJ looked good, swung his driver with confidence (a nagging issue of late), and generally navigated TCC with ease. Most notable for the DJ fans in Boston? He slipped out of the parking lot before anyone could reach him post-round. Clearly, he hasn’t missed a step.

Ryan Barath, equipment editor: For me it has to be Rory’s three-under round to put him near the top of the leaderboard. I know I shouldn’t be surprised considering he’s coming off a win but I expected a middle of the pack round from him today. On the lighter side it’s nice to see a few solid rounds from some of the English chaps including Justin Rose, Matt Fitzpatrick, and the surprise Callum Tarren. With Boston playing such an important role in the American Revolution, it might be time to warn the crowds in Brookline that the English are coming for this USGA championship.

Alan Bastable, executive editor: Rory’s petulance in the bunker was jarring. Can you imagine if P-Reed or Bryson did that? Would have been an international scandal. But in McIlroy’s case, the golf world seemed happy to let the excavation job slide. To be fair, dude has been under some serious LIV-induced stress of late in his role as de facto Tour spokesperson. The release may have been needed.