7 wishes for the culmination of the PGA Championship (Brooks-DJ playoff, anyone?) 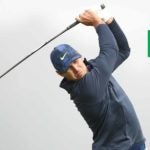 A Brooks Koepka-Dustin Johnson playoff to decide golf's first major in 2020? Don't mind if we do.

Wish-Comes-True™ is an exclusive GOLF.com rating system that captures chances on a 65 (likely) to 84 (unlikely) basis. Those numbers represent the lowest and highest scores shot in this PGA Championship through 54 holes. For entertainment purposes only.

Wish: Phil announces he won’t be playing the U.S. Open but working in the NBC booth instead.

Skinny: He needs the thing that will jump-start the rest of his Hall-of-Fame career.

Skinny: The heavyweights go at it in a playoff, gloves off.