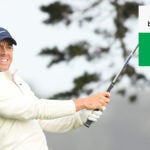 Rory McIlroy was playing with Tiger Woods and Justin Thomas on Friday at the PGA Championship. This is No. 102 in an ongoing series. Three former winners of the grand event won five times each by Sir Walter and Big Jack. Rory shot a first-round, even-par 70. He was looking for something way better on Friday. He started the day with a birdie 3. You can imagine his thought bubble: That’s more like it.

There was no applause, of course. Spectators (along with Jordan Spieth) provide golf’s soundtrack and there aren’t any at Harding Park.

Spectators also serve as unpaid golf officials. It is true that no other sport has a system anything like that but it’s a central part of golf. The unspoken message, rulebook to player, is this: I know you’re going to do the right thing but on the chance you have larceny in your heart you should know: people are watching.

Doveryáy, no proveryáy the Russians like to say. Ronald Reagan delivered it back to the Russians in plain English: Trust, but verify.

So, he made that birdie on the 1st and a par on the 2nd. Then came his tee shot on the 190-yard par-3 3rd. It was a bad one, straight into the right rough, almost 20 yards from the pin. If you can’t guess his reaction, let us help. He was pissed.

ESPN commentator Jane Crafter then stepped on Rory’s ball. It can happen but it almost never does. In normal times there is typically a volunteer spotter hovering over any wayward ball, guarding it like a jewel from the roaming masses. But there are no masses at Harding Park and few volunteers, owing to the pandemic.

Rory’s ball got pushed down deeper into the rough, because of outside interference. (Formerly known as an outside agency.) His bad shot was now worse.

So, what happens? Does he have to play it from its new position?

Rory’s situation was not complicated. Rule 9.6 covers it. In layman’s terms: If a ball is moved by an outside influence, you put the ball back to where it was. You place it, you don’t drop it. If you don’t know precisely where it was, you do the best you can.

If you were playing in Spain and a bull stepped on your ball, that would be an outside influence, too.

If a gull mistook your ball for breakfast then rejected it 50 yards away, that’s also an outside influence. Just place it where it was originally. Yes, you’re making an educated guess. Do the best you can.

Wind and rain are not outside influences, by the way. They’re golf. They’re the rub of the green. (That crazy gull is an outside influence, golf’s rules scholars decided a long time ago.) Say your ball comes to rest in the middle of a fairway on a severe slope. You’re walking toward it. A wind gust comes up, sets your ball in motion and it settles in the rough. Play it as it lies and don’t say a thing. Part of golf’s code is an underlying stoicism. Also, the rule is the same for everybody. Eventually it will happen to somebody else, too.

Another quick detour before we get back Rory at Harding Park on Friday on the 3rd hole. Another odd Rory moment. Golf courses are big and golf balls are small and they end up in strange places. You might remember Rory’s errant tee shot at the Tour Championship at East Lake in 2014. It clipped a tree and fell right into a spectator’s front right pocket of his semi-baggy pleated khaki shorts. The bearded fan was standing in the rough, under the tree. In came a rules official.

“Did you move?” the official asked.

“I told him to go in the fairway,” Rory said.

Rory marked the spectator’s spot with a tee. The spectator produced the ball. Rory dropped. He didn’t place, because the ball had never reached terra firma. If Rory could place the ball, and tee it up in the rough, would that be fair to the rest of the field? It would not.

Rory and the spectator shook hands. There was no pandemic then.

Golf’s complicated, or it can be. Golf’s interesting. Golf is a logics test and an ethics test. Play the ball as it lies is the starting point. The rest is commentary and there’s a lot of it.

One more quickie. Rory played his first Masters in 2009. (Until last year, Rory had never been at a tournament when Tiger won a major! That’s amazing, isn’t it?) On Friday, on the last hole, Rory attempted to get his ball out of a greenside bunker. He didn’t. With the ball still in the trap, he kicked his divot hole. He signed his card. He made the cut on the number. That night, the USGA had its annual Masters-week cocktail party, at St. Paul’s Episcopal, in downtown Augusta. Pigs in a blanket and you can picture the rest. Suddenly, with urgency, a couple of the blazered gents left. A rules crisis was unfolding. Had the celebrated Masters rookie kicked the sand out of anger with his ball still in the trap? Because that would be testing, which carries a penalty, which means Rory would have signed a wrong scorecard, which would lead to an automatic DQ. But if his foot-to-sand contact was in the name of restoring the bunker to its original condition, the rules allowed for that, and there would be no penalty.

They went to the videotape.

The golfer is presumed to be a person of integrity. The rules officials accepted Rory’s explanation. He played on the weekend.

You can’t copy and paste this enough. It comes from the first page of the Rules of Golf. Not the current edition of the rules but for many editions before that, right up through 2018:

“Golf is played, for the most part, without the supervision of a referee or umpire. The game relies on the integrity of the individual to show consideration for others and to abide by the rules of the game. All players should conduct themselves in a disciplined manner, demonstrating courtesy and sportsmanship at all times, irrespective of how competitive they may be. This is the spirit of the game of golf.”

The beautiful preamble has been replaced by something less elegant but simpler. You can check it out here.

You learn as you go in this game. Golf will grow you up.

Somebody stepped on Rory’s ball on Friday. He placed it. He looked at the lie. He didn’t like it. It was too good. He pushed it down some more and made a bogey.

All he did was the right thing but word of his action spread through golf quickly. Mike Davis, the CEO of the USGA, was at the Women’s U.S. Amateur at the Woodmont Country Club in Rockville, Md.

“I didn’t see it, but I heard about it,” Davis said Friday night. “What he did is one of the things that sets golf apart, that makes the game great. The golfer is going to use his or her judgment to be fair. I didn’t talk to him, but he probably looked at that ball and said, ‘This doesn’t feel right to me.’ Golfers want to do what’s right because they think, ‘I have to live with this.’”

Had Rory stiffed that second shot from where he first placed it, it might have nagged at him for the rest of his life. And if he went on to win his third PGA Championship? Even more so.

From his post-round interview:

“And you placed it and it was too good; you elected to place it down?”

“What was your thinking there?

McIlroy: “I just wouldn’t have felt comfortable. I placed it. And the rule is, try to replicate the lie. No one really knew what the lie was, but if everyone is going around looking for it, it obviously wasn’t too good. So I placed it. I was like, ‘That just doesn’t look right to me.’ So I just placed it down a little bit more.

“You know, at the end of the day, golf is a game of integrity and I never try to get away with anything out there. I’d rather be on the wrong end of the rules rather than on the right end because as golfers, that’s just what we believe.”