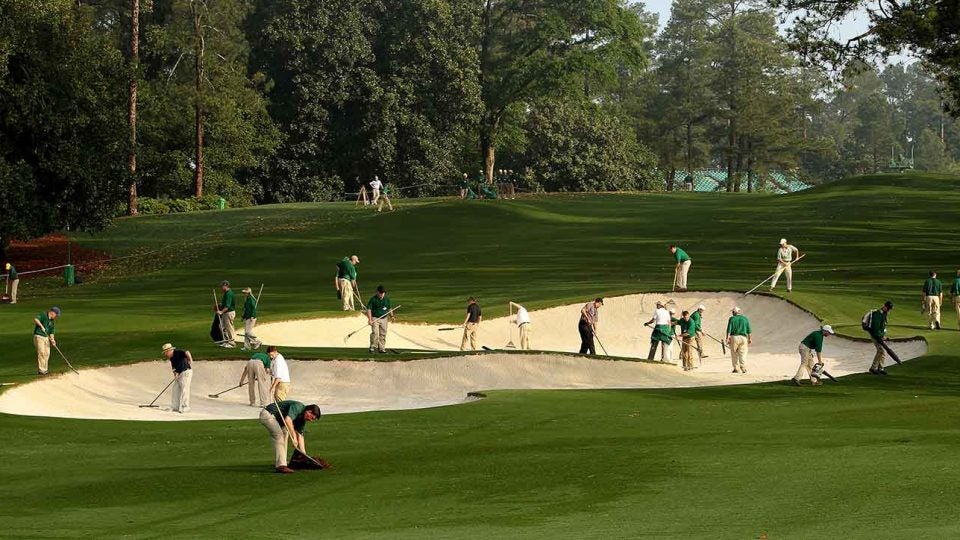 It takes hard work to make a golf course perfect, and even a momentary lapse in course maintenance judgement (or budget) can cause major issues.
Getty Images

If you think it’s gotten hard to maintain your golf game, consider what it’s like to maintain a golf course. Strapped by reduced budgets and skeleton staffing, many superintendents have been facing painful choices, forced to cut back on their upkeep or forestall it altogether. Some of the consequences are cosmetic. Others carry deeper repercussions, posing potential risks to a course’s long-term health and the conditions many golfers take for granted. So what, exactly, happens when standard maintenance practices fall through the cracks? Adam Moeller, Director of Green Section Education for the USGA, walks us through a 7-point overview.

1. Mowing: The Long and Short of It

When grass is left un-mown, it doesn’t just grow longer. It gets harder to whip back into playing shape. You’d think it might be simple; just whack the grass down to whatever height you want it. But it doesn’t work like that. Good maintenance, Moeller says, is governed by what’s known as the “one-third rule,” which boils down to this: never lop off more than one-third of the leaf blade with a single mow. Mow any lower and you risk ‘scalping’ the grass, which can cause both short and long-term damage. Scalping shows itself in brown and thinned out patches, which are bad enough to start but get even worse if left untended, as they allow for algae, moss and other unwanted invaders to creep in.

All grass on a golf course is susceptible to scalping, but greens, because of their low mowing heights, are especially vulnerable. Greens typically need to be mown at least once every three days. Without that regular tending, they become overgrown. Getting them back up to speed is tough. Sometimes it’s impossible, and the entire putting surface has to be reseeded, and you’re looking at least two months before they’re ready for play again.

2. The Finer Points of Fairways

Though fairways can be left to grow longer than greens, they still need mowing at least once a week, Moeller says. Without the staff or budget to do that mowing, superintendents will raise the fairway mowing height, which, of course, results in shaggier landing areas and less pristine lies. Other details also fall by the wayside. The striped mowing fairway pattern you see on many courses sure is pretty, but because it requires a lot of turning, it’s not an efficient way to mow. In lean times, superintendents aren’t going to do it. Bottom line: expect a difference in how those fairways look and play.

3. The Importance of Spring Training

In many parts of the country, golf courses are just starting to ramp up for the season, doing important prep that Moeller likens to training for a marathon. “You’re trying to train the grass to be strong and healthy so it can be ready for the long haul ahead,” he says. That includes laying down plant-protectant materials to stave off weeds, insects and various diseases. If such treatments aren’t handled in a timely manner, you might not notice problems the next day. But they’re bound to crop up within weeks or months, and they’ll be much more stubborn and expensive to deal with when they do.

All life depends on water. Grass is no exception. It needs irrigation. Exactly how much depends on a range of factors, including climate, rainfall, soil and turf type. But no golf course can survive without enough to drink. As with mowing, rough areas and fairways are more drought-tolerant than greens, which, in dry, hot weather, need to be watered at least every day or two. Poa annua, a prevalent grass across the northern United States, is especially fragile. No water? No bueno. Burnout can happen quickly, and addressing it is costly and time-consuming. In some cases, it requires replanting or building the entire green.

On a course that’s getting little to no play, bunkers are less vulnerable to maintenance issues than greens and fairways. But if they’re left untended, weeds can overtake them, Moeller says. Those weeds can be removed, of course, but that might require removing several inches of sand as well — a relatively quick fix, but a costly one. Washouts are another threat. If washouts occur repeatedly, the sand can get contaminated and need to be replaced entirely.

6. All the Little Extras

Ball-washers. Drinking stations. Benches. Trash bins. At many courses, amenities that most of us take for granted have gone by the wayside. In large part, Moeller says, it’s an effort to limit touch-points, a health precaution. But it’s also a cost and labor-saving measure by superintendents who lack the staff or budget to maintain all the little extras. The same principle applies to more finicky course touchups, like filling divots and fixing pitch marks. It’s a luxury some courses can no longer afford.

Keeping up a golf course is important. So is keeping things in perspective. Trying times can be an opportunity to adopt a different point of view. In the golf industry, Moeller says, it happened after the 2008 crash, and again, more recently, when a withering drought-ravaged much of the West. “There was a shift in focus to the parts of the course that really mattered the most,” Moeller says. “Maybe you didn’t need to be watering those flower beds, or paying so much attention to areas of the course that really aren’t in the path of play.” A lot of it comes down to adjusting expectations and realigning one’s priorities. “That’s something we really try to get across to golfers,” Moeller says. “Maybe the conditions aren’t exactly the same as they were, but isn’t it great just to be out playing golf?”