The 6 best Players Championship storylines to follow at TPC Sawgrass 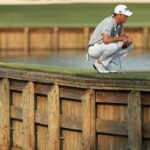 Can JT win his first Players Championship this week?

The Players Championship, after a one-year hiatus, returns this week to TPC Sawgrass’ Stadium Course. Rory McIlroy, from 2019, is the defending champion, Bryson DeChambeau enters the week coming off a victory at Bay Hill and 48 of the top 50 players in the world will take on the diabolical island green. Below, our staff runs through the best storylines to watch this week.

The return of one of golf’s best closing stretches

Last year, with the cancelation of the tournament, we missed out on one of the best, most diabolical risk/reward finishing stretches on Tour — exactly what fans want to see in one of the sport’s premier events. The par-5 16th, with water right on the approach, is one of the easiest holes and eagles are up for grabs. The island green par-3 17th induces nervy swings and exciting drama few golf holes in the world can replicate, and the par-4 18th is a bendy finisher around water and one of the course’s most difficult holes. Together, they are beautiful, watery synergy. Better yet, the Players will have fans on site (capped at 20%). Who will thrive (or flounder?) on the Stadium Course’s finishing stretch? Just listen for the cheers and jeers. — Josh Berhow

Who else do we need to keep an eye on?

This tournament is always a chance for players to stake their claim that they’re ready for Augusta. Win at the Players and you become a bit of a favorite to win the Masters. The proximity of the events and strength of the fields are too much to ignore! Can Justin Thomas truly contend for the first time this year in a full field? Where’s Jon Rahm’s head at? Is Xander reeling a bit after not getting it done in February? I’m afraid to mention Rory McIlroy here, but we’ve got DJ, Bryson, Morikawa and Reed who have bagged big events this year. We know their game is good, but we’re looking to add more to the list! — Sean Zak

Last week’s PGA Tour/Amazon announcement wasn’t just big news for those of us with an affinity for marketing buzzwords like “deep learning cloud provider” — it was noteworthy for everyone who watches golf, period. With Amazon’s high-tech platform, the Tour is capable of broadening its entertainment reach in everything from live television broadcasts to second- and third-screen viewing. This week, “Every Shot Live” will put the new partnership on display for the first time. Every single shot taken by every single player in the field will be available for fans through the PGA Tour Live and NBC Sports Gold apps. In all, the Tour estimates some 32,000 shots will be available for viewing by the end of the weekend — all processed, uploaded and stored for viewing by Amazon servers. Think you can’t watch too much golf? This weekend, it’s time to find out. — James Colgan

Can we talk about the Players and not talk Bryson? We cannot! With all due respect to the WMPO and the Kurt Warner-era St. Louis Rams, the guy has become the undisputed greatest show on turf. The Stadium Course doesn’t offer many holes that DeChambeau will be able to bend to his will, and watery graves lurk everywhere for crooked drives, but he has already mused about the possibility of ripping his tee shot on 18 across the lake to the 9th fairway. There’s little chance that he’ll actually try that, but as with many of Bryson’s other theories and ideas, it’s fun just to think about. Let the record show that this week last year also marks the beginning of DeChambeau’s fabled transformation. When golf shut down, Bryson bulked up, and the game hasn’t felt quite the same since. — Alan Bastable

TPC Sawgrass is said to be a course that favors no one. It sure doesn’t seem to favor Jordan Spieth. In good times and bad times — and we’ve seen plenty of both from him — Spieth has always had a knack for ball-striking adventure. That’s part of what makes him such compelling theater; rarely a dull trip from tee to green. It’s also what makes Sawgrass, with all its water and other woes, a trying stage for him. Spieth’s best finish at the Players was a T4 in 2014; in his five tries since, he’s only made the weekend once. Now comes another swing through Ponte Vedra, with Spieth in the midst of a resurgence that already counts as one of the season’s more intriguing stories. How could you not want to watch? — Josh Sens

TPC Sawgrass is the site of Rickie Fowler’s greatest career accolade: his 2015 Players Championship win. And the way he did it — going six under on his final six holes to force a playoff, then beating Kevin Kisner and Sergio Garcia in said playoff by birdieing the 17th hole not once, not twice but three times, once in regulation, once in the aggregate three-hole playoff and finally, in sudden death, when he drained a five-footer for the win — was epic. At the time, it seemed like the precursor to even greater titles, and though he’s contended in a handful of majors since, the biggest of big wins have yet to come to fruition. Recently, Rickie has been vocal about his “slump” (for the first time since 2010, he’s not exempt into the Masters), but the last two weeks have given us slivers of hope for his return to form: a final-round 67 at Riviera, a second-round 70 to make the cut at Bay Hill after posting a first-round 76. Small steps, but indicative of Rickie’s talent and grind. He’s an enormously popular and important figure in the game. Perhaps returning to the scene of his years-ago triumph will be just the jump-start he needs. — Jessica Marksbury