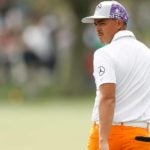 Rickie Fowler wore orange pants at Bay Hill, but will he break them out at Seminole?

Yesterday, our staffer James Colgan laid out a full slate of prop bets for this weekend’s skins game. But I’m willing to go a step further and give you some cold hard winners.

This slate is provided courtesy of the good folks at BetOnline.ag, which has a nice selection — but you can find a variety of odds at a variety of sites, depending on where you live and how much you fear the rule of law. Anyway, that’s enough preamble. You’re here for one reason. Let’s get to the picks!

Ground rules: GOLF.com gave me $1000 in imaginary money to invest, so here goes…

Let’s not overcomplicate this one. Rory McIlroy is the greatest player in the world and plays at Seminole with some regularity. His partner is Dustin Johnson, one of golf’s most physically gifted talents and one of the greatest players of the last decade. They’re better, particularly in this format. -180 is a good bargain.

We turn here to our Seminole correspondent, noted insider Michael Bamberger. His scouting report on the first hole: “Very easy. Straight short wide.” Good enough for me. These guys are going to be dialed in after a range session and eager to get some first looks at birdie.

Rory McIlroy is better at driving the golf ball than just about anyone in the history of golf. But we’re talking about playing the odds here, and that means McIlroy would have to find the fairway AND hit the longest tee shot. Yeah, he slings it. But y’know who else slings it? Matthew Wolff. The young gun isn’t going to be holding anything back, and he’s already one of the better drivers in the game. Book $75 on Wolff to hit the longest drive on each of the offered holes. He’s bound to cash in at least once.

Nah, Rickie’s over the orange pants look. I just don’t see it. He’s going to be showcasing some of Puma’s seasonal line, and I’d bet 31-year-old Rick is going to be sporting something more age-appropriate — maybe even something floral. For that matter, if he’s carrying his own clubs, won’t he be wearing shorts? I’d smash the non-orange pants here.

5. Which team will record the most eagles or better?

Sure, I think McIlroy/Johnson is the better team. But are they that much more likely to make an eagle than Fowler/Wolff? I don’t think the math checks out. The most likely result here is a push, with a chance for glory if Rickie rolls in a rangy look for eagle…