2021 Masters field: Here’s who is playing at Augusta National 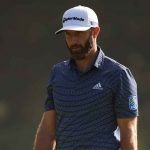 It's officially time for the Masters.

After months of eager anticipation, the Masters has finally returned to April. Below you’ll find everything you need to know about the 2021 Masters field, from competitors to amateurs, and everything in between.

The Masters is back, and only six months after its previous iteration. Following a brief hiatus in 2020, the Masters has come home to April in 2021, returning with blooming azaleas, dogwoods and magnolias — and some pretty good golf. Dustin Johnson will host his first-ever champions dinner, last year’s November Masters making him the shortest-tenured green jacket-holder in more than eight decades. Unless of course the World No. 1 repeats as champion, in which case he’d bring back his jacket with him for the customary length of 12 months.

Bryson DeChambeau figures to be hot on Dustin Johnson’s trail — with the big-swinging American seeking vengeance after a disappointing performance in the fall. DeChambeau enters Augusta National with just one victory since his U.S. Open triumph at Winged Foot, but a bevy of top-10 finishes. Rory McIlroy and Jordan Spieth — one player seeking to end a much longer winless streak, and one who recently did end a lengthy winless streak — enter the tournament on uneven notes. Spieth enters the week on a high after winning at the Valero Texas Open following a flurry of top-10 finishes in the early portion of the season, while McIlroy has struggled even after adding a new swing coach, Pete Cowen, to the mix in late-March. Of course, McIlroy is still a green jacket away from completing the career grand slam.

World No. 2 Justin Thomas enters Augusta National with the biggest win of the 2021 season to date after his blistering Sunday charge at the Players Championship in March. Thomas joins fellow world top 10 players Jon Rahm, Collin Morikawa and Xander Schauffele in forming the youthful contingent still in search of their first Masters win.

Who earns an invite to the Masters?

According to Masters.com, these are the following qualification requirements to earn an invite to the Masters:

So, who fits the bill?