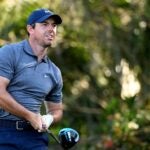 The owner of golf’s most envious swing has reportedly enlisted a new advisor.

For the first time since his childhood, Rory McIlroy has a new swing coach. The four-time major champion has hired renowned British swing guru Pete Cowen to serve as his new coach, according to a report from The Telegraph, moving on from longtime swing advisor Michael Bannon in the process.

The report would mark the formal end of McIlroy and Bannon’s professional relationship after more than two decades together. Their partnership dates all the way back to Rory’s childhood club, Holywood Golf Course in County Down, Northern Ireland, where Bannon served as club professional. McIlroy was only eight years old when Bannon came into the fold, and the pair worked closely throughout the early years of Rory’s professional career. In 2012 — only months after claiming his first major at the 2011 U.S. Open — McIlroy formally hired Bannon as his full-time swing coach.

McIlroy and Cowen have been rumored to be working together in recent weeks after the pair were spotted on the range at the Players Championship. At the time, Cohen denied working for McIlroy in any formal capacity.

“Opinions, that’s all,” Cowen told Golf Digest at the time. “They are only my opinions.”

Cowen has worked with a bevy of PGA Tours over the years, from Lee Westwood, Brooks Koepka and Tommy Fleetwood to McIlroy himself, often advising the 31-year-old in events in which Bannon is not in attendance. Now, he faces the task of bringing the 31-year-old major champion back into the winner’s circle for the first time in nearly 18 months.

“It’ll take a bit of time,” McIlroy said of his efforts to clean up his swing after a missed cut at the Players Championship. “Like with anything, the slightest change in your swing is going to feel uncomfortable for a while. It’s not like it’s that far away. I go back to last September, October is where it looked and felt pretty good, so it’s just a matter of sort of — maybe not erasing the stuff, I’d still like to keep the speed and what I’ve been able to — but just not make the swings that are sort of producing that speed.”

While there’s no question that McIlroy hasn’t been the same player since his last victory in November 2019, it’s not as if the bottom has fallen out on his game. He’s made the cut in eight of 10 events in 2021, finishing no worse than 21st in those events and recording four top-10s along the way. The challenge for Cowen will be in restoring his confidence, and eventually, in returning McIlroy to his winning ways. Heading into April, McIlroy remains only a Masters victory away from the career grand slam.

“I certainly have an idea in my head of the way I want to play that golf course, and I felt like I really made some good strides in November,” McIlroy said sat the Players. “But if you’re not hitting the shots, then it doesn’t make any difference. First and foremost, I have to be able to hit the shots and get the ball starting on my line and control the flight and control the spin. At the minute I’m struggling to do that, and if you can’t do that going to Augusta, you’ve got no chance.”