Golf gaming has finally emerged from the dark ages with the official release of “PGA Tour 2K21,” and it feels good.

For the first time in a half decade, golf will no longer be one of the only major sport without a corresponding video game. With a brand-new interface and 15 real-life courses, PGA Tour 2K21 represents a bold expedition into the golf space for 2K Sports, whose NBA 2K games have sold more than 90 million copies.

Golf fans have waited for months for the first true golf video game since the ill-fated debut of “Rory McIlroy PGA Tour” in 2015. Not only did McIlroy’s game perform poorly, it also marked the end of EA Sports’ relationship with the PGA Tour, which dated back almost two decades to the creation of the first smash-hit golf game, “Tiger Woods PGA Tour 99.”

Of course, EA Sports’ Tiger Woods series is one of the most celebrated in the gaming history, responsible for grossing over 25 million copies and introducing a generation of younger golf fans to the legend of Tiger Woods. Some seven years after the release of the most recent Tiger Woods game, it remains the watermark against which all golf games are measured — and the new “PGA Tour 2K21” is no different.

2K21 is, at best, a fraction of the peak Tiger Woods games in its scope. In those early-to-mid 2000s days, Tiger’s game attracted near-perfect attendance among the PGA Tour’s best players, the biggest sponsors and most notable venues. 2K is not that — claiming only 11 PGA Tour pros among its roster of players and missing a few key industry giants on the gear side.

But not measuring up to the most successful gaming franchise in the history of the sport in its first try shouldn’t be a knock against 2K21. Perhaps a fairer comparison for this year’s game is to Rory McIlroy’s, which also launched with 11 PGA Tour pros but only featured eight courses.

Though this year’s game comes from a different creator, it feels familiar to golf games from years past. In some ways — like the in-game interface — that’s a good thing. The gameplay from tee-to-green is largely unchanged, spare for a nifty engine that forces players to adjust the pitch and attack angle (read: spin) of their shots before swinging, as opposed to when the ball is in the air. It won’t take long to feel comfortable learning the ins and outs of swing shapes and features. 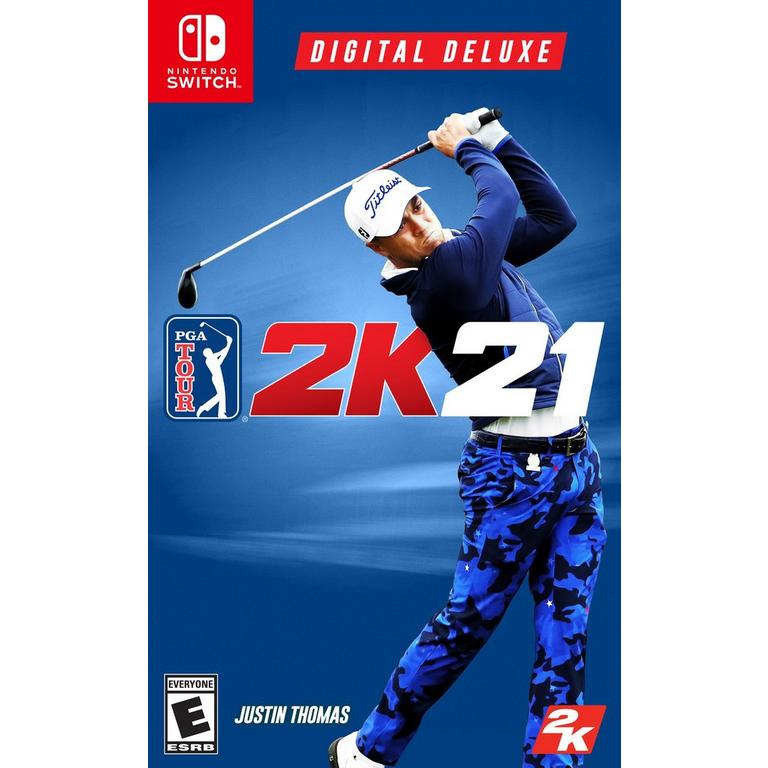 In other areas — like the game’s graphics — familiarity is a bit underwhelming. Players, swings and fans look only marginally different from 2015, if at all. Course design is the only area of noticeable improvement. But there’s still plenty that’s new in 2K21, including the property’s hallmark MyPlayer career mode. Start your career in Q-School, on the Korn Ferry Tour, or on the PGA Tour, and watch as your player competes for greatness. While it hasn’t been flushed out to the degree of post-round press conferences and locker room conversations (as is the case in many of the recent NBA 2K games), MyPlayer mode is easily the most engaging career mode of any golf video game to date. Whether you’re competing in the FedEx Cup Playoffs, gunning for sponsor-set goals or battling against a “career rival” for extra rewards (shhhh…nobody tell Brooks), MyPlayer is an awesome addition to the game.

With a multitude of different gameplay modes (including online head-to-head matches), 2K21 has something for everyone, even the architecture nerds. HB Studios, whose “The Golf Club” games earned praise for their course creator features, implemented an all-new “course designer” mode into 2K21 during the development of the game. Players can now create vast new properties of their own (or download their favorites from around the world), sizing everything from terrain to fairway width and greenside bunkers.

In all, the best way to view 2K21 isn’t for what it is, but for what it might be. In its first-ever iteration, 2K nailed the hard part: gameplay and interface. The game is fun and challenging yet still totally realistic. That’s a cause worthy of celebration. Sure, there aren’t a ton of premier U.S. courses available now. But as we look forward to future iterations of the game (along with the course creator feature), the 15 courses in the lineup now are a solid launching off point. The same can be said for the number of Tour pros in the game, and for the graphics.

In its first foray into golf, 2K21 is a rousing success for those of us in need of a new golf game, or a new vice.

Overview: 2K21 has the bones of a great golf game. From courses to players to its fantastic MyPlayer career mode, 2K21 is far from a finished product, but leaves plenty to be excited about as it heads forward. Whether you’ve recently gotten into gaming or are looking to rekindle the flame of Tiger Woods games of the past, this year’s game is well worth your investment.