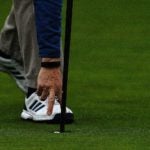 Momentum is the currency of golf gambling games. Anyone who’s ever participated in a good gambling game (or gambled) can speak to the cryptic, preternatural force of momentum. A swing in your favor and your game is only two or three steps, max, from the PGA Tour. A swing in someone else’s and you’re wondering whether you’re better off playing left-handed.

In good games, momentum swings are rewarded duly, with players capable of swinging the tenor of the leaderboard in only a few swings. In these formats, players are forced to weigh the value of every shot for both its importance to the round and to the game. By the metric of momentum, this week’s golf gambling game (St. James Roll) is a really good golf game. Here’s how to play.

A St. James Roll is a competition for three or four players, with each player competing against the remaining members of their group. Its name comes from GOLF.com reader Thomas Moreau, who created the game with his buddies on a golf trip to St. James Plantation in Southport, N.C.

The primary goal of a St. James Roll is to be the low scorer on as many holes as possible, earning more “dots” (or points) than your fellow competitors. Similarly to last week’s game, Split Sixes, points in a St. James Roll are malleable, shifting based on the results of the group. At the end of the round, the player with the most points is the winner and receives a payout from each of the remaining players in the group.

1. Tee off: In order of index, lowest handicapper goes first.

2. Play the hole: All four golfers play the hole and tally their score.

3. “Dots”: In a typical, four-player game of St. James Roll, up to 6 “dots” (or points) are up for grabs on each hole. Points are distributed based on the outcome of the hole. Essentially, for each player you “beat” on a hole, you’re awarded a point. If you beat the remaining three members of your group, that’s three points. Beat only two of them? That’s two points. Beat one of them? That’s one point. Beat none? Nada for you.

Different scenarios are broken down below.

If two players tie for the median score (i.e. a birdie, two pars and a bogey): The low scorer receives three points, each of the middle scorers receive one point.

Between points and rolls, a St. James Roll is prone to lightning-quick momentum shifts. Particularly considering the golfer with honors faces significant pressure to find the fairway or risk getting “rolled” out of dozens of points.

5. Money: It’s recommended to play for $1 per point for accounting purposes. At the end of the round, the winner receives the difference between their point allotment and that of each of the remaining players. For example, if you were playing for $1.00 per point, here’s how a round could payout.