Ed. note: How many different courses have you played? Fifty? Nice. One-hundred? Well done! Three-hundred? Lucky you!! Still, you’re no Doug Bolls. Last week, Bolls — a 79-year-old Texan retiree with an insatiable appetite for the game — played his 1,000th different course. To put that number in perspective, to match Bolls’ mark, you’d need to play 20 different courses a year for 50 years, all while dutifully tracking your rounds, as Bolls has done in a detailed spreadsheet. Bolls hit the big 1-0-0-0 just last week on the Blue course at Streamsong Resort, in Florida. (Nice choice!) How did he find time for so much golf? Here’s Bolls’ story, which originally appeared in the Sept/Oct issue of GOLF Magazine.

Doug Bolls’ road to playing 1,000 different golf courses began with a divorce. In 1980, Bolls was in his late-30s, a tennis-playing sales manager at a pharmaceutical company where golf was the game of choice. He’d never teed it up but knew that to be in the corporate action he had to trade his rackets for clubs. This first entailed finding a left-handed set, which he did at the yard sale of a next-door neighbor getting rid of her ex-husband’s possessions.

Sales managers travel, and then travel more; Bolls eventually switched offices from Southern California to Texas, moving to the town of Trophy Club, a planned community founded by Ben Hogan that put him 15 minutes from Dallas-Fort Worth International Airport. Sales managers also meticulously log information; in notebooks, Bolls had immediately begun to keep track of each new course he played, the date, his score, the weather, whatever struck him as interesting. Soon enough, seven years in, he realized that he was nearing 100 different courses played. This milestone called for something special, and what’s more special than the Old Course at St. Andrews?

For some, this would have been the auspicious ending to a successful quest, but Bolls was just getting started. He had a few advantages, like itinerant work (eventually, 3.5 million miles and counting on American Airlines) and, later, early retirement, at age 53 after GlaxoSmithKline bought out his firm in 1995. Maybe most important, a supportive, non-golfing wife, Sherry. “I’m very fortunate. Matter of fact, every time I go to play golf — and I played yesterday, and I’m gonna play tomorrow — the last words out of Sherry’s mouth are always, ‘Have fun,’” Bolls says. “None of this, ‘How come you’re going?’ or ‘When are you gonna be back?’”

From course No. 101 to No. 500 took another 20 years. Again, Bolls decided to make the round number a special occasion, and in 2007 he bestowed the honor on Scotland’s Muirfield. It was only at this point that the notion of 1,000 different golf courses took hold.

Of course, there isn’t too much to figure out when you start to think about it. You need the will, the means, the accommodating family (or no family) and some rudimentary bookkeeping — an Excel spreadsheet keeps Bolls from accidentally revisiting old stomping grounds. While some redundancy is unavoidable when he plays locally, Bolls maintains a firm no-repeat-courses rule on his travels. 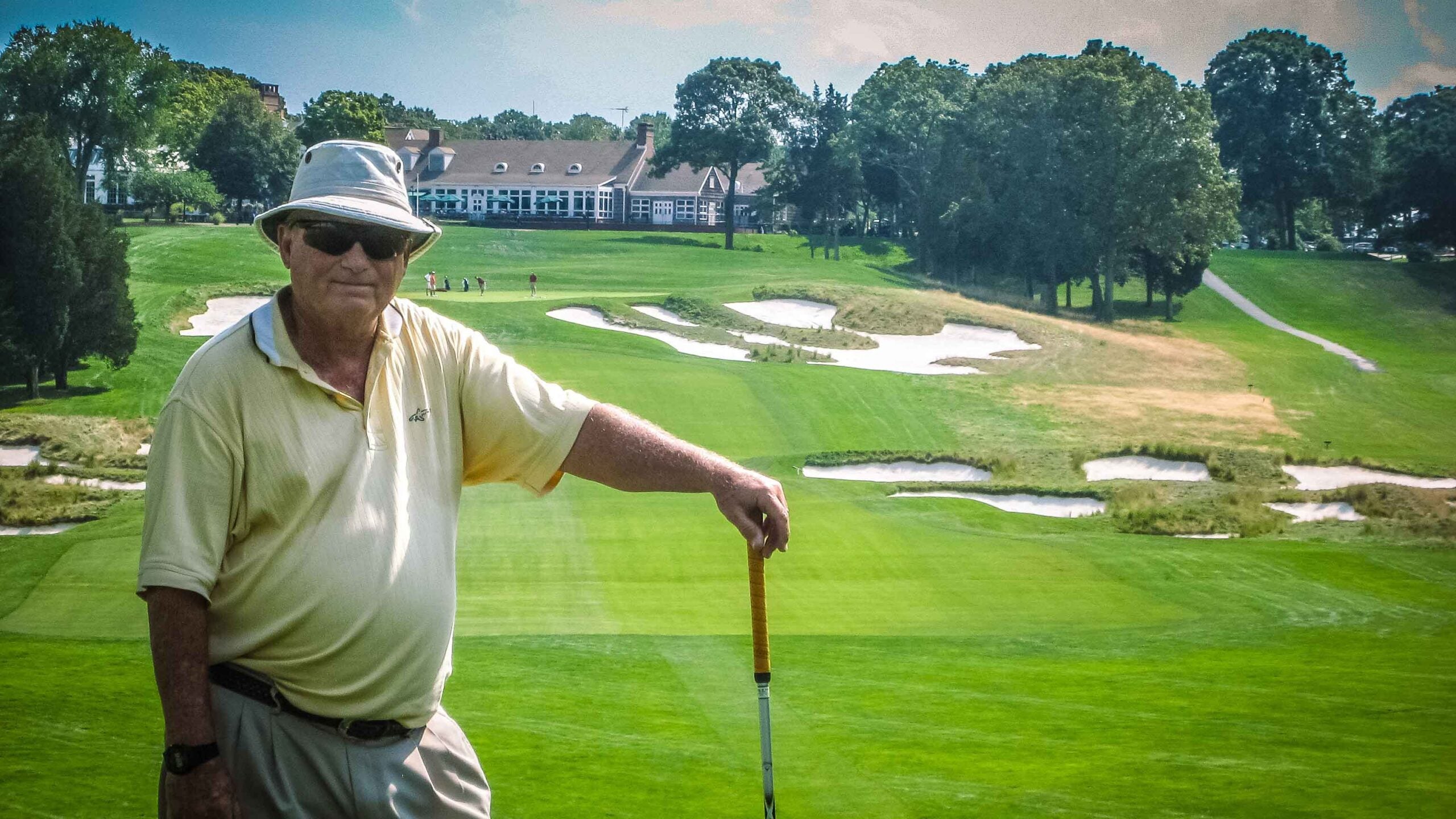 Quantity is one thing, quality another. St. Andrews and Muirfield notwithstanding, Bolls is far from a trophy-hunting snob. He has a particular affinity for municipal courses, most recently course #991, Arroyo Del Oso in Albuquerque, as well as Arnold Palmer designs, which while unfashionable to golf’s self-appointed cognoscenti “tend to be a lot of fun because they’re for the regular player,” per Bolls.

A 14 handicap — “I was single-digit, a 9, for exactly one month, somewhere around 1995” — Bolls considers himself just that, a regular player, but he has also shot his age 28 times since first accomplishing the feat at age 73, so if nothing else he’s aging wonderfully. (He’d been using the same Callaway Big Bertha irons since 2002, only switching to Callaway Apex DCBs this summer, and a Ping Anser 2 putter from the ’80s has been in his bag since forever. Bolls’ wandering nature is limited to golf courses. The latest addition to his bag: a custom “Mr. 1,000” wedge that Callaway gifted Bolls to commemorate his landmark round)

If Doug is a regular Joe, he isn’t just running up numbers, oblivious to or unconcerned with the nuances of design. He’s a frequent visitor to the architecture wonk website Golf Club Atlas (“mostly a lurker, though once in a while I’ll write things”) and knows what he likes (“I look at what Bill Coore says are the three things you ought to look at, which are routing, greens and bunkering”) and doesn’t like (“up and back, up and back — I’m gonna get bored of that”).

He’s also got a sizable collection of golf books, with Tom Doak’s Confidential Guide to Golf Courses and Anatomy of a Golf Course and C.B. Macdonald’s Scotland’s Gift particular favorites. Play 1,000 golf courses and you’re bound to have some stories, highbrow and lowbrow. Bolls got to play the Old Course in reverse on one of his five trips around there. (Yes, it’s the exception to the “no-replays” rule.) No less memorable was a loopy loop at Harding Golf Course at Los Angeles’ Griffith Park.

“I played a round with a couple of guys who were as stoned on marijuana as it is possible to be,” says Bolls, who given his pharmaceutical background is in a good position to know about these would-be Cheech & Chongs. “I’ve still got a picture of those guys. They were having more fun than it is possible to have on a golf course. It was amazing, it really was. It still gives me a giggle.”

As course No. 1,000 approached, Bolls gave considerable thought to which track should get the nod. National Golf Links of America, No. 5 on GOLF’s World Top 100 list, sprung to mind, and through his Golf Club Atlas contacts he thought he could make it happen. Still, it somehow didn’t sit right.

“I belonged to a private club for a while, and I’ve played some very good private courses, but most of my life I’ve played public golf,” Bolls says. “It made sense to me to play No. 1,000 on a public course.”

Soon enough, the answer came to him: Florida’s renowned Streamsong Resort. The Blue course by Tom Doak would be No. 1,000, sandwiched between No. 999 at Gil Hanse’s Black and Coore-Crenshaw’s Red for No. 1,001. He drove the four days from Texas with Sherry, playing two new courses and visiting friends along the way; ever the salesman, Bolls invited Doak, whose work he much admires, to join him for the round, but the architect, while flattered, was busy with work in Scotland.

“I don’t know that I’ll continue to go at this pace, but I’m gonna keep playing new golf courses,” he says. “I have a list of another half-dozen to start. I want to go back out to Bandon and play the Sheep Ranch. I want to get down to Houston to play Memorial Park….”