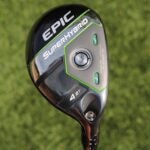 Callaway's Epic Super Hybrid is a fully loaded version of a hybrid designed to compete with a fairway wood.

I have a problem club in my golf bag right now. Or, as GOLF’s Fully Equipped podcast co-host Kris McCormack would say, I have a “rat in the bag.”

A rat in the bag is a club that gives you trouble almost every time. It’s the club that as soon as you pull it out of the bag, you just know something is going to go wrong.

For me, that club is the 3-iron. Once upon a time when I was a better ball striker and produced more speed, I relished the opportunity to hit long irons off the fairway to attack par-5’s in two shots.

It hurts to admit, but as my game becomes less precise, hitting 3-iron off the deck just isn’t as fun as it used to be. I’m not hitting it as high, far or as accurately as I did years ago.

So, when I’m around 230 yards out, I’m hesitant rather than confident. I need to find a replacement that I’m comfortable hitting off the turf to start attacking greens from long distances again.

As a golfer who tends to hit a hook, and primarily plays a draw, hybrids have always been a worrisome club. Their left-biased trajectories produce a big hook when I miss it, bringing loads of trouble into play. That has left me testing high-lofted fairways recently, which has been a growing trend on the PGA Tour. So far, though, I haven’t found a 7-wood that produces enough accuracy off the turf to warrant a switch; and I tend to hit them a bit too high.

When GOLF’s managing editor Jonathan Wall recently wrote about a new club called the Callaway Epic Super Hybrid, however, I’ll admit I was a bit intrigued.

Essentially, the Epic Super Hybrid is a second-generation design that has a slightly larger footprint than your typical hybrid, and it’s souped up with technology. It has tungsten in the toe and heel for forgiveness, a Flash Face for ball speed, a Triaxial carbon crown, A.I. Velocity Blades in the sole, and it’s designed to reduce the classic left-biased trajectory of a hybrid that had me shook in the past. And, coming in a range of lofts (16, 18, 21, 24 and 27 degrees), it’s also designed to compete against fairway woods.

“There’d been definite evidence in the market feedback from better players that some of our hybrids just didn’t suit them…they didn’t want the hybrid to go left. They wanted a wood-replacement-type-club. A lot of better players gravitated towards the club’s stronger loft. But we also found another audience there looking for the same characteristics. Maybe not as high head speed a player, but someone looking to replace a 5-wood or longer clubs in and around that part of the bag with those hybrids, because they were very forgiving. There were cries to expand that concept, and that’s what we’ve chosen to do here.”

It sounded like an option that could be exactly what I’m looking for, but the only way to know for sure was to take it to the Proving Ground.

For this test, I took Callaway’s new Super Epic Hybrid over to True Spec Golf in Scottsdale where I hit it against a slew of other popular options. Below, I’ll take you through the results and discuss my findings.

This Proving Ground test was fairly simple. I hit 5 shots with each club, eliminating any obvious outliers along the way, and I measured each shot with a Foresight GC Quad launch monitor. With the help of True Spec Golf’s fitters, I dialed in each setup with similar shaft profiles and head lofts to reduce variables. Below are the clubs I used.

For the purpose of showing my distance gapping at the top-end of my iron set, I also hit my gamer 4-iron. The goal with distance gapping is to ensure you don’t have two clubs that go the same distance. You don’t want to waste space in your bag since you only get 14 clubs, as per the USGA rules.

Since my 4-iron was traveling 215 yards on average, I’m searching for a club that goes 230-plus. Ideally, I’m looking for a club that provides me confidence that I can hit it consistently off the turf, and gives me control when trying to hit a green from long distances. This isn’t an area of the bag that I simply want to hit it as far as I can, so I’m looking for that controlled 230-240 window.

It’s important to keep in mind that you should consult your local trusted fitter or teaching professional to conduct your own testing since every golfer is different. Below, I’ll give my brief thoughts on each club I tested and what I’m seeing in the numbers.

Callaway Epic Super Hybrid: Unlike a “normal” hybrid, the Epic Super Hybrid seemed to sit more like an iron with its tapered topline, while still having loads of mass to inspire confidence in the strike. It has almost a fairway wood size, but a more palatable look to my eye at address. While I did miss the center of the face on a few shots, it produced a penetrating, accurate ball flight that didn’t hook off the planet, or even go left of target at all. Compared to the 3-iron, it had more than 700 rpm of spin, meaning it will have better stopping power on the greens, and it carried 6 yards farther.

The “normal” hybrid: Honestly, I feel like the numbers are pretty good for how uneasy I felt hitting the hybrid. The smaller footprint compared to the Epic Super Hybrid, and more curved face, left me just waiting for a bad miss left. Overall, it flew a touch lower and touch shorter than the Epic Super Hybrid, and went a bit shorter than my 3-iron overall. Not as bad as I thought, but reaffirmed my hybrid fears.

7-Wood: Since the 7-wood measures 1.5 inches longer and has a touch larger head, it was a given that it’d produce slightly faster ball speeds. That’s not necessarily a bad thing if I could control it, but I tended to miss this one a little too far left for my liking. While it produced 10 yards of distance more than my 3-iron, it just didn’t provide the accuracy I wanted. Although it launched higher and went farther than Epic Super Hybrid, the misses were a bit too severe. The extra distance wouldn’t be worth it to me.

Callaway Super Hybrid first-generation: I was shocked at just how much higher this launched (12.6 degrees vs. 9.3 degrees) than the new Epic Super Hybrid at the same loft and with the same shaft. For some, that could be a great thing. A higher trajectory can really help golfers who need more height on their shots to produce distance and accuracy. For me, though, the window was a bit too high; I’d be concerned about overall control, especially in the wind. While it ended up averaging more overall distance than the new Epic Super Hybrid, I’d be hesitant to put this in the bag. It even flew higher than the 7-wood! 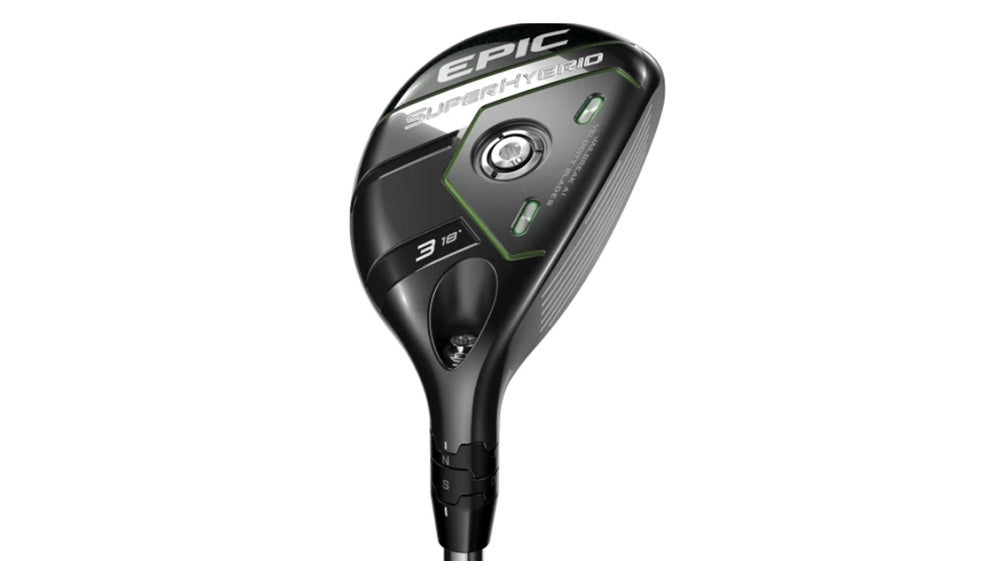 $399.99
Get your own Callaway Epic Super Hybrid today!
BUY NOW

3-iron: As expected, this produced the slowest ball speed and lowest spin rate in the test, and it left me a bit concerned with stopping power when going at the green (it was rolling out 21 yards on average). While I actually hit it relatively straight, and it nearly kept up distance-wise, a few of my mishits reminded me why I’m scared these days to pull the 3-iron. I felt significantly more comfortable hitting the 4-iron, and most of the other clubs in the test.

First of all, this test proved once again how important it is to experiment with products for yourself to see how they actually perform. Things never go exactly as planned, and the results can be eye-opening.

For me, I walked away from this test knowing for a fact that I have to replace my 3-iron. Also, an objective look at the results shows the new Epic Super Hybrid produced the best combination of long and straight shots with ample stopping power. More importantly, though, I felt comfortable that I’d make clean contact with the Epic Super Hybrid compared to a long iron or fairway wood, and that it wouldn’t dive to the left if I missed it.

In a category that has a lot of different options ranging from long irons to fairway woods, it seems this club has found an intriguing middle ground (especially for golfers like me who tend to miss left).