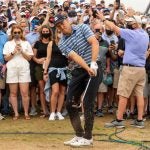 Who does the journalist, betting analyst or data guru like? Or the caddie or former player? Or the old-school gambler? Gimme the facts, storylines and trends. Gimme that inside-the-ropes look. Gimme your gut feeling.

Welcome to GOLF.com’s new gambling advice column, where we’ve assembled a panel of those aforementioned experts to make three “best bets” through odds from DraftKings. A real-life professional bettor here will then heed that advice, add his acumen and wager his own cash. It’s not unlike what you do through texts and Google searches — except now it’s all in one place.

Defending champion: Corey Conners (2019; last year’s tournament was canceled due to the pandemic)

Bet 1: Scottie Scheffler, top 10, +175. Coming off a near-miss at the Match Play and playing in his home state? A top 10 for Scottie this week seems like a lock.

Bet 2: Abraham Ancer, top 20, +125. Another player with Texas ties. I’m a big believer in that home-state juju. Plus, Ancer hasn’t finished worse than T22 in eight of his past 10 events.

Bet 3: Winning margin, one stroke, +225. This event has a historically tight leaderboard, at least in recent years. So it seems like a pretty good payout for something that has a very good chance of happening.

Bet 1: Cameron Davis, to-win, +4,100. Davis rates in the top 5 in this week’s field for SG: Approach, SG: Off-The-Tee, SG: Ball Striking and Birdie Opportunities Gained over the course of the past 24 rounds. Third at the AmEx earlier this year, which has shown to be a good link to success at the Valero over the years.

Bet 2: Doug Ghim top 10, +700. Ghim may take the lead of his fellow Texas Longhorns (Scheffler, runner-up; Spieth and Frittelli, round of 16) who played so well last week at the WGC-Dell Match Play. Ghim was in contention at the Players a few weeks ago before a disappointing 78 on Sunday, but the battle scars could benefit him here against a weaker field.

Bet 3: Lanto Griffin, Group C winner, +335. Texas has been pretty good to Griffin, with his lone PGA Tour win coming in Houston. He rates in the Top 10 in this week’s field for SG: Approach, SG: Ball Striking and SG: Putting.

Bet 1: Hideki Matsuyama, to-win, +1,800. We’re going with ball strikers this week, and even though Hideki has declined somewhat the past year, he’s still the class of the field.

Bet 2: Cameron Tringale, top 5, +550. Missing the cut at the Players is the only blemish on the season for the Southern Cal 33-year-old. After a decade on the PGA Tour, one would’ve expected that CT would’ve won a stroke-play event a long time ago — the talent is undoubtedly there.

Bet 3: Cameron Davis, top 10, +450. Putting it together for four rounds is really all what is missing for the young New South Wales player. He’s such a great ball striker and will without question win soon on the PGA Tour.

Bet 3: Ryan Palmer, top 5, +550. Playing the best golf of his career. Has made 10 straight cuts. Great ball striker and loves the Texas winds.

Bet 1: Doug Ghim, top 5, +1,600. Intriguing form after contending twice on Florida swing. First trip around for the former Longhorn who played well at two comparable courses this season, but veteran caddie Micah Fugitt (Texas resident) can lead perfectly after many years of success on this course with Billy Horschel.

Bet 3: Chris Kirk, to win, +4,500. Two career top-10s at TPC San Antonio and an incredibly consistent start to the season, including a must-have, status-saving T2 in Hawaii for the rejuvenated veteran. Overheard two players talking recently about how impressive his abilities are. Near the top in every meaningful statistical category this week and already owns a win in Texas.

Bet 1: Jordan Spieth, top 10, +164. Lots of brainy, data-based analysis from my fellow panelists. But with all due respect, as with the golf swing, it’s better not to overthink these things. You don’t need to be an “insider” to know that Spieth is resurgent; that he’s playing in his home state; and that the field is far from the most elite on Tour. My (ample) gut tells me that he will be in the mix. And yes, I’m a fan of the semicolon. Name a true gambler who isn’t?

Erick Lindgren. Lindgren has won more than $10.5 million in poker tournaments and is an avid sports bettor. @EdogPoker

How to bet on the Texas Open — risk free!