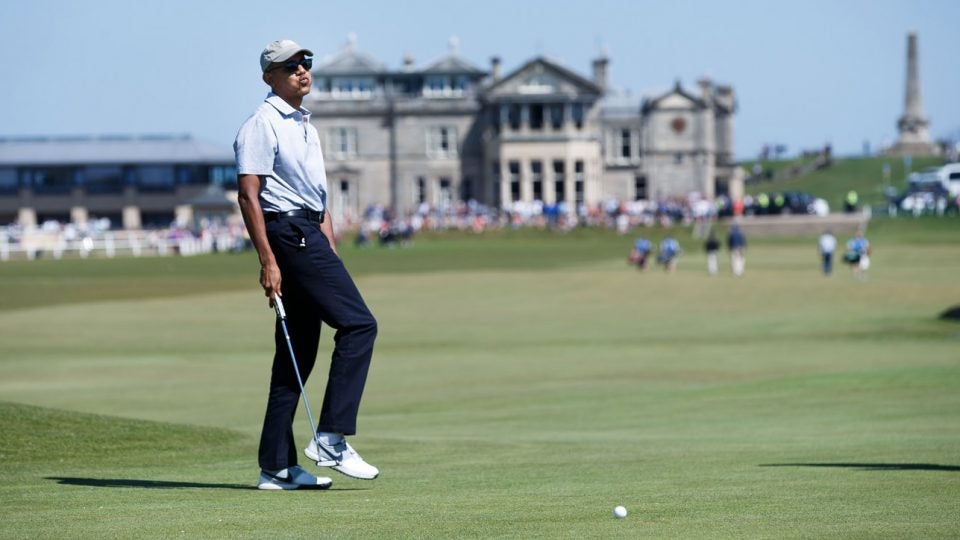 Former United States President Barack Obama plays a round of golf at the Old Course on May 26, 2017 in St Andrews, Scotland.
Getty Images

While current president Donald Trump’s golfing habits have received a lot of attention lately, let’s not forget the last president’s love for the game.

Barack Obama has continued his passion for the links since leaving office in January, and it appears his competitive spirit is alive and well, too. Actor and well-known golf nut Anthony Anderson appeared on “The Tonight Show with Jimmy Fallon” Thursday, where he detailed a recent round with Obama, NBA star Chris Paul and Olympic legend Michael Phelps.

“He talked trash all day,” Anderson told host Jimmy Fallon. “And took all of our money.”

The actor said Obama won hundreds of dollars off each of his playing partners to Anderson’s dismay. “I was like, man, is this even right? I was like, you’re the president, here. Can you take money from civilians?”

The president’s response? “Anthony, I’m a civilian now. So yes, I can take it.”

Also of note, Anderson extolled Obama’s game, noting that he “played with one ball the entire time… didn’t lose a ball.”