Do you know your ‘anti-handicap’? Here’s why that rarely-cited stat is so useful 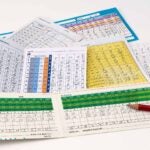 Your anti-handicap can be jarring but useful.

I’m not a big stats guy, at least certainly not when it comes to monitoring my own game. You’ll never catch me tallying up my three-putts or greens in reg, or wiring up my clubs with the latest swing-tracking technology. All of that data is, of course, valuable and actionable, but it’s just not for me. I suppose when it comes to my golf shortcomings, I’d rather be blissfully ignorant. Or maybe I’m just lazy. Probably a bit of both.

I do keep a Handicap Index (this year for the first time in many years), which is truly one of modern civilization’s greatest inventions, and which just last year was made better still. What other game gives you the ability to compete head-to-head so seamlessly with players to whom you’re either far superior or inferior? I can’t think of many.

But this column is not an ode to handicaps. Instead, I’m here to praise handicaps’ lesser-known cousin: anti-handicaps.

I had never heard of anti-handicaps until the other day when I received a newsletter in my inbox from my handicap provider, a fun app called TheGrint. Among the items in the email was a blurb on anti-handicaps, a stat that TheGrint provides all of its users. A Grint writer identified only as Luis explained that anti-handicaps illuminate “how you play when you are not your best version.”

“The Anti-Handicap,” Luis continued in an article on TheGrint’s site, “is the exact opposite of the Handicap Index. Whereas one measures your demonstrated potential ability as a player, taking your BEST 8 rounds, the other tracks the 12 rounds that don’t count towards your Index, i.e. your WORST rounds. … So basically, Handicap = how good of a player you are. Anti-Handicap how bad of a player you can be.”

Clever, right? It’s not a new metric, just one that’s not often cited. The first reference to anti-handicaps I could find online was from Bob Carney, formerly of Golf Digest, who in 1988 wrote that anti-handicaps address “the shakiness quotient.” That’s a nice way to put it, because ultimately your anti-handicap reveals how steady — or shaky — a player you are, in a way that your regular handicap does not. Put another way, not all players with the same handicaps are created equal.

Not all players with the same handicaps are created equal.

Start by computing each player’s anti-handicap — again, that’s their handicap from their 12 worst scores instead of their eight best. When you have that number, subtract from it the player’s actual handicap. The difference will speak to each player’s consistency, or lack thereof. Somewhere in the range of 5 strokes would indicate that you’re a steady player. Creep up to a differential of 10-15 strokes and it’s fair to say who knows what’s coming from one round to the next.

So, how to put anti-handicaps to good use? Well, for starters, it’s a handy stat to know about your own game. If your differential is in that 10-15 range, try to determine why: too many putts? Bad decision-making? Mental meltdowns? If you can pinpoint the problem area (and improve on it!), that should lead to more consistent scoring.

Anti-handicaps are also useful in matches. If you know your buddy is a 12 handicap and a 16 anti-handicap, beware! He’s unlikely to have many blow-ups, and unless you play your best, you might find it hard to get into his wallet. Likewise, if you’re looking for a teammate in a match-play event or club championship, find a pal with a low handicap/anti-handicap differential. You want a player in your corner who you can rely on — not one who could just as easily shoot 103 as 83.

Not bad, I suppose, but not great. Go find another partner.