Why do biomechanics matter in golf? An expert explains 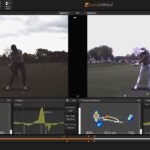 An understanding of how biomechanics work in golf can make you a better player.

“Biomechanics” has become a buzzword of sorts in the golf community, perhaps reaching peak prominence when Tiger Woods hired Chris Como, then a biomechanics graduate student, to be his swing coach in 2014.

But why do biomechanics matter in golf? On this week’s episode of Off Course with Claude Harmon, Dr. Scott Lynn, the director of research and education at Swing Catalyst, explained.

“I break it down to my students as being the physics of the human body,” Lynn said. “There are these physical laws that govern our world, and most of this was developed by Isaac Newton a really long time ago. So it’s applying all of the same theories and principles and formulas that an engineer would use to build a bridge and make sure it doesn’t fall down, and all of those things, build engines and cars, all these physical laws of our universe, and and apply them to the human body.

In Lynn’s line of work at Swing Catalyst, multiple assessments are done on clients to determine the optimal biomechanics for each individual’s swing.

Lynn said he’s currently researching ways to link a person’s anatomical structure to what might work best for them in their golf swing, whether it’s an emphasis on rotation, side-to-side movement, or vertical-force production.

“That’s ultimately my goal for my career, is to be able for you to walk a facility and I can say, okay, I know exactly what the optimal combination of these forces are for you, and I know the optimal way you need to deliver the club,” Lynn said.

For more from Lynn, including how identifying your swing type can help you improve, and a self-test to discover how well you use ground forces in your swing, check out the full interview below.