How a wine glass can improve your chipping around the greens 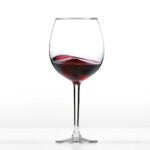 If you struggle with consistent contact around the greens, try visualizing a wine glass on the face of your club.

In my last column, I began a short series on imagery and visualization. It was fun to craft, and I was heartened at the fact that it received lots of positive feedback.

One response from a world-class downhill mountain bike racer, energized me even more. He responded to the piece and referenced the fact that he, like Arnold Palmer (who visualized how he would play Augusta National before he played it), would visualize the downhill racecourse multiple times before his competitive run. This discipline not only equipped him for the challenge of the race, it prepared him for every obstacle he would face.

I could not help but see the parallels with a round of golf.

“Visualization. It may be the most important part of your mental package.” –Ray Floyd

The Glass of Wine

If you struggle to elevate green side shots, or battle to extricate yourself from greenside bunkers then my “wine glass” image is sure to help you. To be completely honest, I use the wine-glass image due to my penchant for a nice glass of red (along with a charcuterie and cheese board), but you can imagine whatever type of glass you wish.

If you were to balance a wine glass on the face of your lofted wedge at address, the face would have to point toward the sky. We are going to use that image throughout the swing.

First things first, set the face open before you go about gripping the club. I find too many golfers grip the club normally and then try to contort themselves in a vain effort to somehow twist the clubface open. This has a myriad of ends that are not very good, so let’s try to avoid that.

Once the clubface is set correctly, imagine that you have a glass balancing on the face of the club and make a few mini-swings back and forth without stopping. As you do this, you will get the sense of how your arms, wrists and hands need to perform in order to keep the glass from falling off the clubface.

Further, you will also realize that if you have excessive tilting in your body, to the left or the right, you will have a difficult time maintaining the loft on the clubface, and the wine glass would likely fall off the face. In other words, your pivot action will have to improve and, more importantly, it will support the movement of your arms and the club and enhance the arc of your golf swing.

This image is also more than likely going to help to shallow the angle of attack into the impact zone. In my experience, great chippers, pitchers and bunker players “nip the legs out from underneath the ball” (there’s another image for you) with a very shallow, sweeping blow.

Just a word to the wise, if you are really true to keeping the wine glass on the face you will find that it is difficult to accelerate sufficiently to propel the ball a long distance. Don’t worry, just see the image in your mind before you make the swing, and your brain will prepare your body for the task upcoming.