How rust affects your swing, according to Rory McIlroy 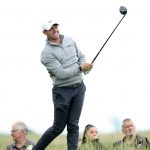 Rory McIlroy didn't have the usual juice with his driver last week in Scotland.

Rory McIlroy has played the last two weeks in Ireland and Scotland as he prepares for this week’s Open Championship, but the results haven’t quite been up to snuff. In two starts across the pond, the four-time major winner has a missed cut and finished T59.

This was McIlroy’s first action since a T7 finish at the U.S. Open last month, and he admitted that he hadn’t practiced much in the immediate aftermath of his most recent major, and the rust on his game was apparent — particularly with the driver. While the big stick is usually his most lethal weapon, it wasn’t as sharp in Ireland and Scotland.

Prior to his start in Scotland, the 32-year-old talked a bit about rust and how it affects his game, especially with longer clubs.

“The longer the club gets, the more exaggerated the move is,” McIlroy said. “You can get away with it with the shorter clubs because they are shorter clubs, but once you get a longer club in your hand, that’s where some of the bad habits start to creep in a little bit more.”

This is good intel to keep in mind when coming off a layoff. You won’t have to worry about big misses as much with shorter clubs in your hands, but be wary with a driver.

Kevin Na hit a nifty chip shot during the John Deere Classic last week, but the shot came with an unlikely club — his putter.

Na’s ball settled in an awkward place off the green splitting the collar and the rough. So, he decided on an unconventional method to hit the shot: using the toe of his putter. The shot paid off as he holed it for an unlikely birdie. Check it out below.

Sometimes around the collar of the greens, your ball can end up in some funky spots that make traditional chips and putts a little tricky. That’s when a little imagination comes in handy. Using the toe of the putter (or a club like a wood or a hybrid) allows the club to pass through the rough easier and deliver a predictable strike on the ball.

If you get into an odd spot around the greens, don’t be afraid to use a little imagination.

After over 10 years, Lucas Glover is back in the winner’s circle. The former U.S. Open champion outlasted a host of contenders at the John Deere Classic last week, closing with a 64 for a two-shot victory.

They key to his success was his comfort on the greens. With no shortage of birdies at a soggy TPC Deere Run, racking up circles on the card was a must. After his win, Glover shared that he made a tweak to his setup recently that gave him newfound confidence with the flatstick.

Sometimes all it takes is a little more comfort. For Glover, it resulted in a trophy.

Use this feeling in transition to improve your swing sequencing

Why this 1 mistake could be hurting your distance *and* accuracy

This training aid will strengthen your spine — and your swing