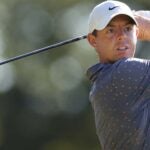 Rory McIlroy is taking a new approach to his mental game.

Arguably the most important aspect of golf is the mental game. You can be the most physically gifted golfer at your club, but if you can’t manage the mental aspect, you won’t be winning many trophies. Bobby Jones once famously proclaimed, “Competitive golf is played mainly on a five-and-a-half-inch course, the space between your ears.” How right he was.

The mental game is important for players of all skill levels, but on the professional end is where it’s most pronounced. Once you are among the game’s elite, most of what separates the good from the great is their ability to manage their emotions.

Rory McIlroy knows what it takes to be in that top tier of golfers. With four majors and 18 PGA Tour wins, he’s already put together a Hall of Fame career and has plenty of prime years ahead to add to it. He was particularly dominant in 2014, as he won the season’s final two majors and added a WGC title to boot.

But the game has not come so easily to the 31-year-old in the years since. He’s added to his win total — and even claimed Player of the Year honors in 2019 — but he’s been stuck on that four-win major count for six years now. He’s been particularly inefficient since the return to golf, highlighted by another major without a trophy. McIlroy expressed that his mindset has not been quite right as of late, but he does have a plan he hopes will remedy that.

It’s a simple mantra, but one that can be highly effective. Positive thought can be a powerful thing — especially so on the golf course.

“I’ve been sort of a little crossed recently where I’ve been letting my golf influence my attitude on the course instead of the other way around,” he said. “If you go out there with a good attitude, that will hopefully help your golf game. I’ve sort of got those a little crossed the last few weeks and I think going out there with a bit of a better attitude, not being as reactive to misses or certain shots, will definitely be better for me going forward as we enter this big stretch of golf.

“Our mind is way more powerful than really anything else,” McIlroy continued. “If you can utilize that the right way, it’s inevitably going to help your game on the course.”

What football and golf have in common, according to a Top 100 Teacher

Women's Fitness Tips: 6 mobility exercises every golfer should be doing