17 golfers reveal how they survived the putting yips 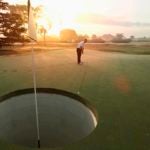 This is how the hole will look after reading this article.

The putting yips. Outside of a stone cold shank, there’s arguably no more terrifying thought in all of golf. I don’t think I’ve ever had the yips myself, though I often feel that increased sense of tension over short putts that I can imagine accompanies the yips, which makes me think I’m “pre-yips.”

So, being the pre-yip golfer that I am, I’m doing some research. I asked members of our “How To Hit Every Shot” Facebook instruction group (which you can join for yourself right here) who suffered from the putting yips how they overcame them. Here’s what they came back with.

Sometimes, you just need to look down at something a little different. A fresh start, and a clean break from the bad times.

There’s no easy way around the yips. It takes lots of practice drilling short putts. Find a short-putting drill that works for you, and do it — a lot. 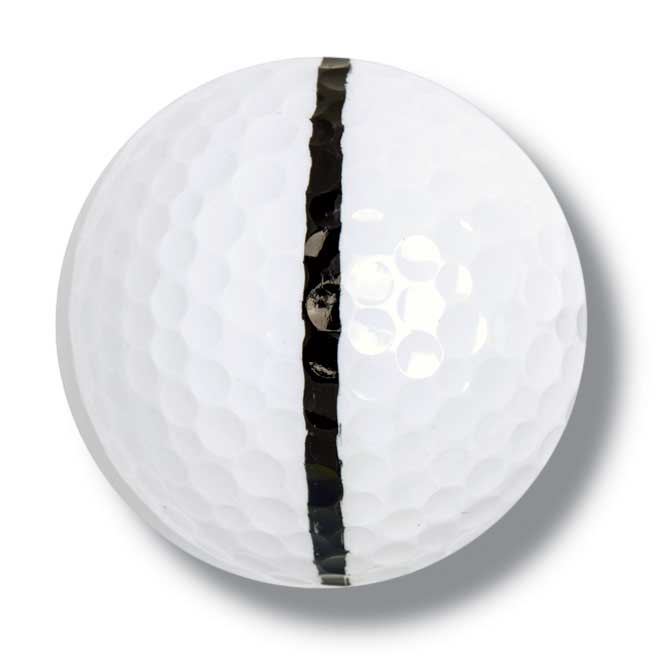 3. Trust the line on your golf ball

Not everyone agrees with using a line on your golf ball, but one member of our group says starting to use a line — and trusting it — helped relax his nerves and overcome the yips.

This may seem intuitive, but lots of recreational golfers are resistant to changing what feels so comfortable to them. But the yips can often be caused by a mechanical issue, with a simple fix at the end of it.

Of course, there are those golfers who think too much about their technique, which is causing them the yips. If this sounds like you, take a step back and try not to focus on any technical thoughts. 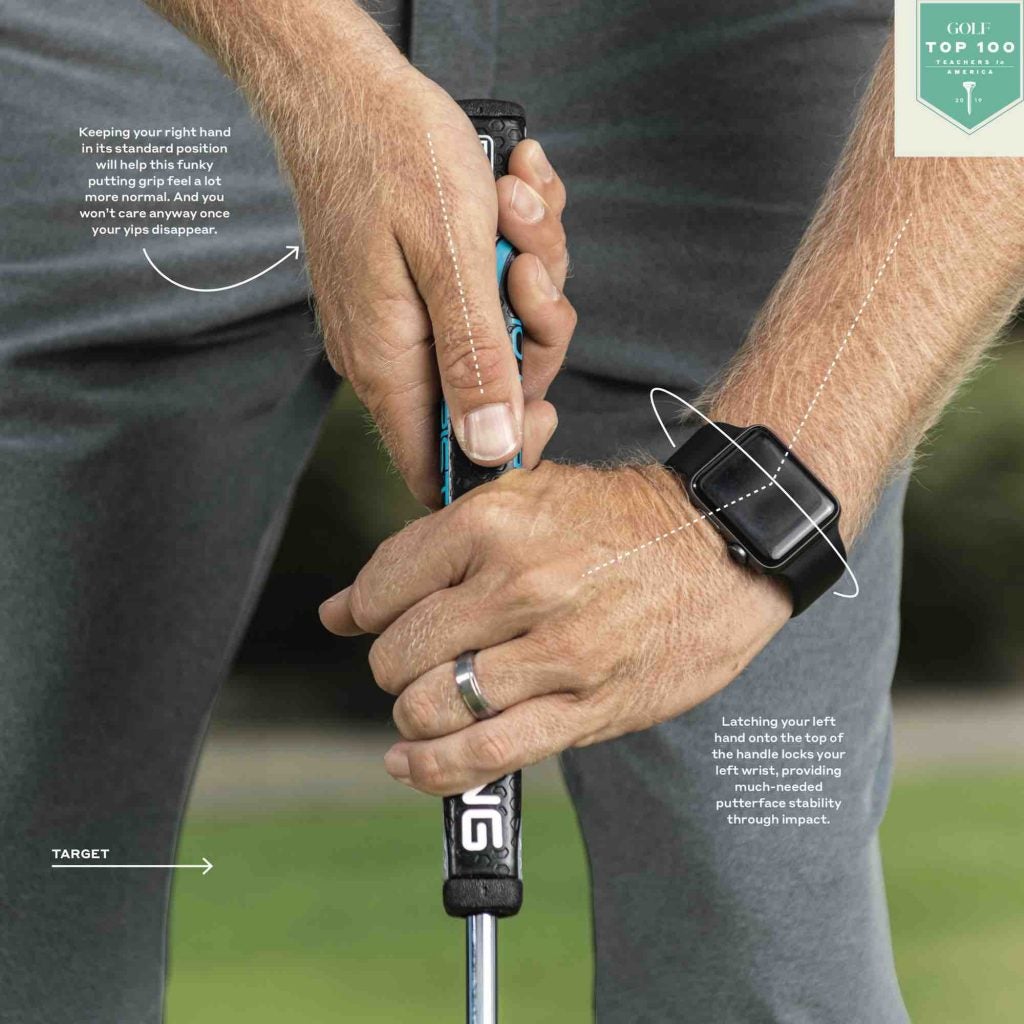 Changing your putting grip is probably the most common work-around for the yips. Sometimes, all you need is a new, simple feeling to remove whatever damage that’s causing you the yips. There are a lot of them out there, including this anti-yip grip from GOLF Top 100 Teacher Mark Durland.

The yips come from a fear of missing putts — which causes you to miss putts. Try to remove the fear itself, accept that you’ll miss putts, and the yips will disappear along the way. 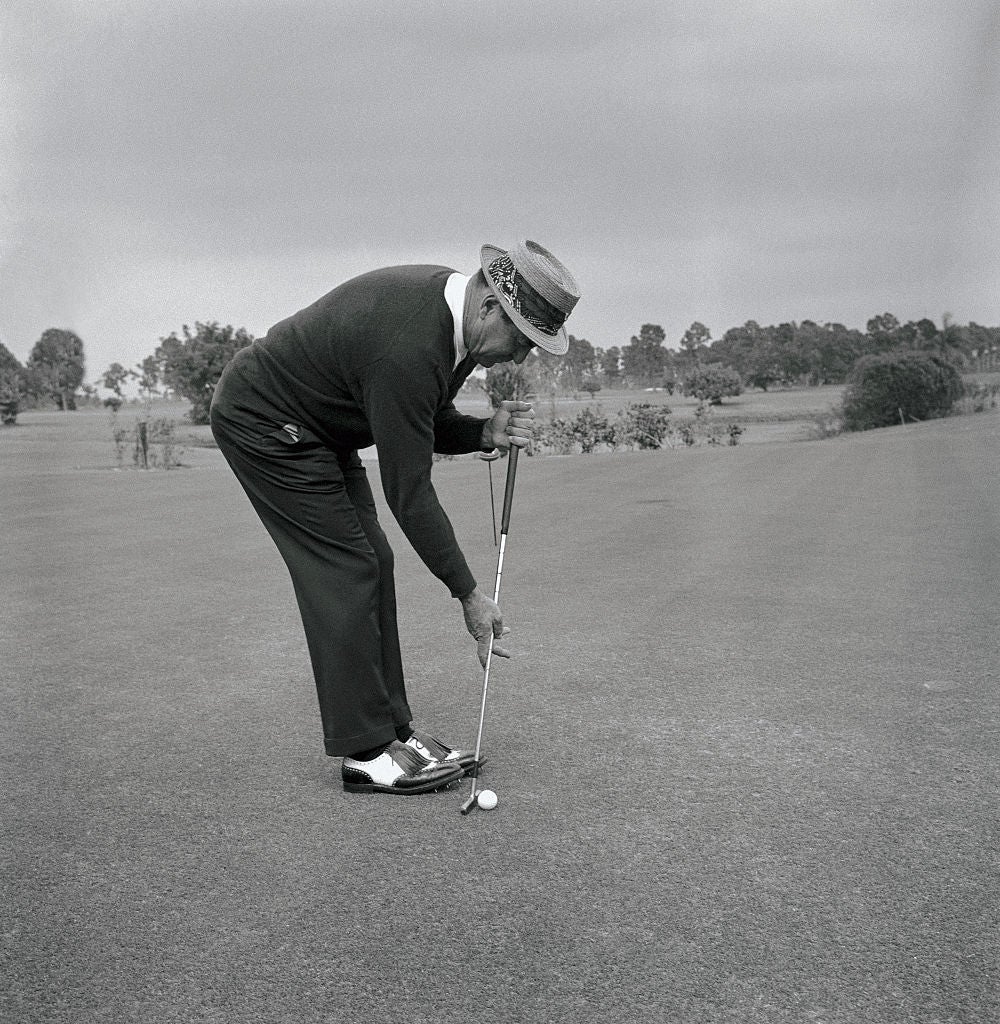 Arm-lock putting is increasingly popular on Tour, and it could help cure your yips. Or you could take a page from Sam Snead’s book and give side-saddle putting a try. If it’s good enough for one of the best ever, it may extend the life of your career, too.

This was an interesting one. Instead of only holding the putter, hold a tee or divot repair tool in your trail hand while you putt. It can help relieve tension and distract you just enough from the pressure of the task at hand. 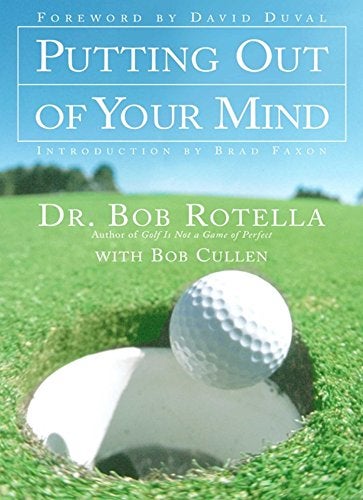 There are lots of them out there, so give one a try. The suggestion in the group was to focus on one about the mental side of putting, like Dr. Bob Rotella’s “Putting Out Of Your Mind.”

12. Concentrate on the stroke, not the result

It’s as simple as that. Rather than worrying about the outcome, our resident survivors recommend focusing on the process. 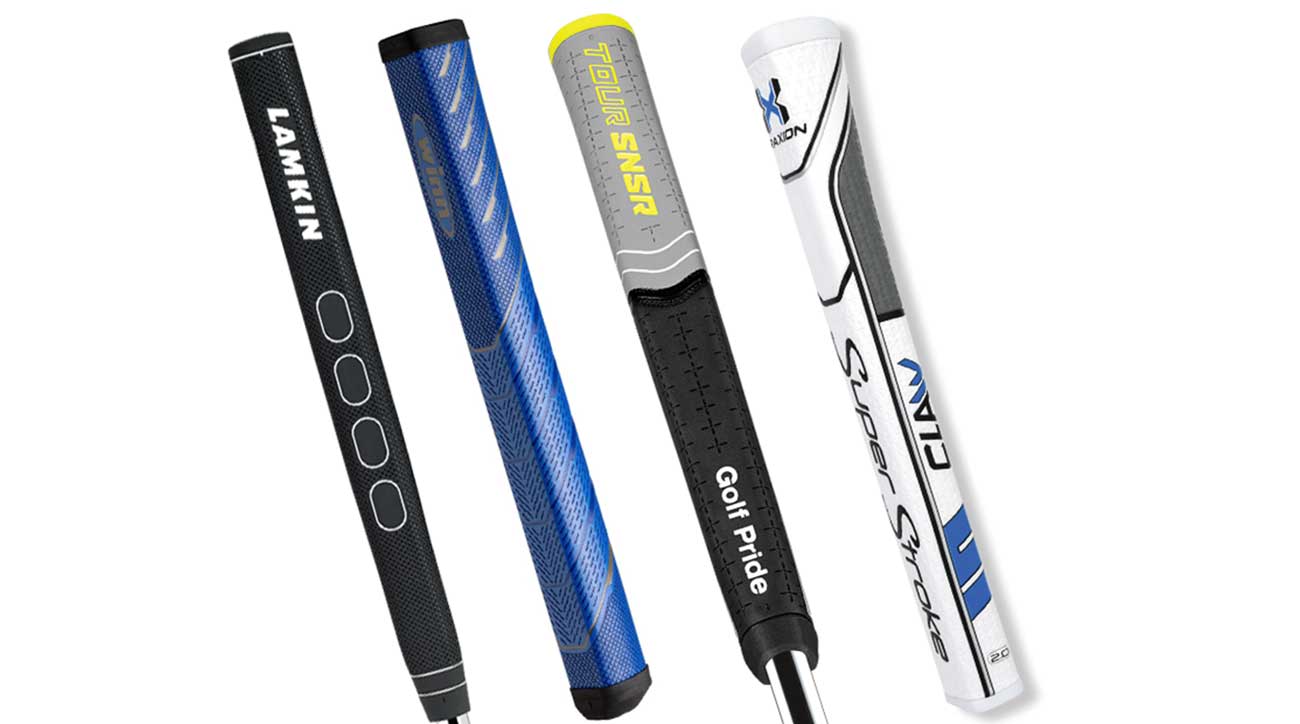 This, of course, should be done under the supervision of an expert clubfitter, but don’t be afraid to experiment with the weight of your putter, or the size of your grip — Small tweaks that can help you get a little bit more comfortable.

This was an interesting suggestion: One of our survivors said that adding a little bit of movement, rather than standing rock-solid still, helped relive some tension and cure their yips.

When in doubt, go for some swing oil. Just make sure to enjoy responsibly. 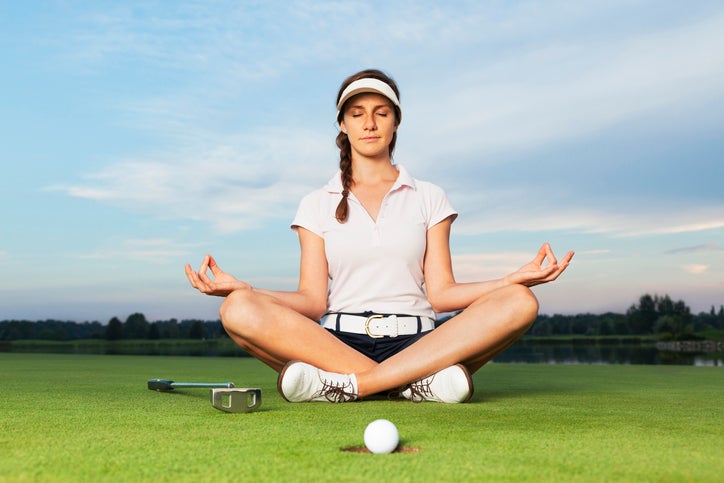 16. Focus on your breathing

Forget the ball. Forget the putter. Forget the hole. Just focus on your breathing. In, then out. Make a stroke in-between.

17. Practice putting with your wedge

According to one of our readers: hit 10 putts with your wedge, then five with your putter. Repeat that process a few different times until the feeling translates.