You see a lot of tees, too, pegged in a systematic array both around the holes and at discrete distances from the cups. Each tee seems to have a specific purpose. Many players choose to surround holes with eight tees, like spokes on a wheel, then begin working their way around the hole.

It all looks so methodical and organized, like hands ticking around a giant clock. Which is why it was so surprising when, as I was doing my ordinary canvass of the putting green at a recent Tour event, I came across one scenario that looked like an utter mess amid all the other pristine putting drills.

The tees were scattered around the hole with no apparent rhyme or reason. The distances were varied and the angles were inconsistent. Some were closer together; others farther apart. It looked as though the tees had simply fallen out of someone’s pocket, then left wherever they happened to land. 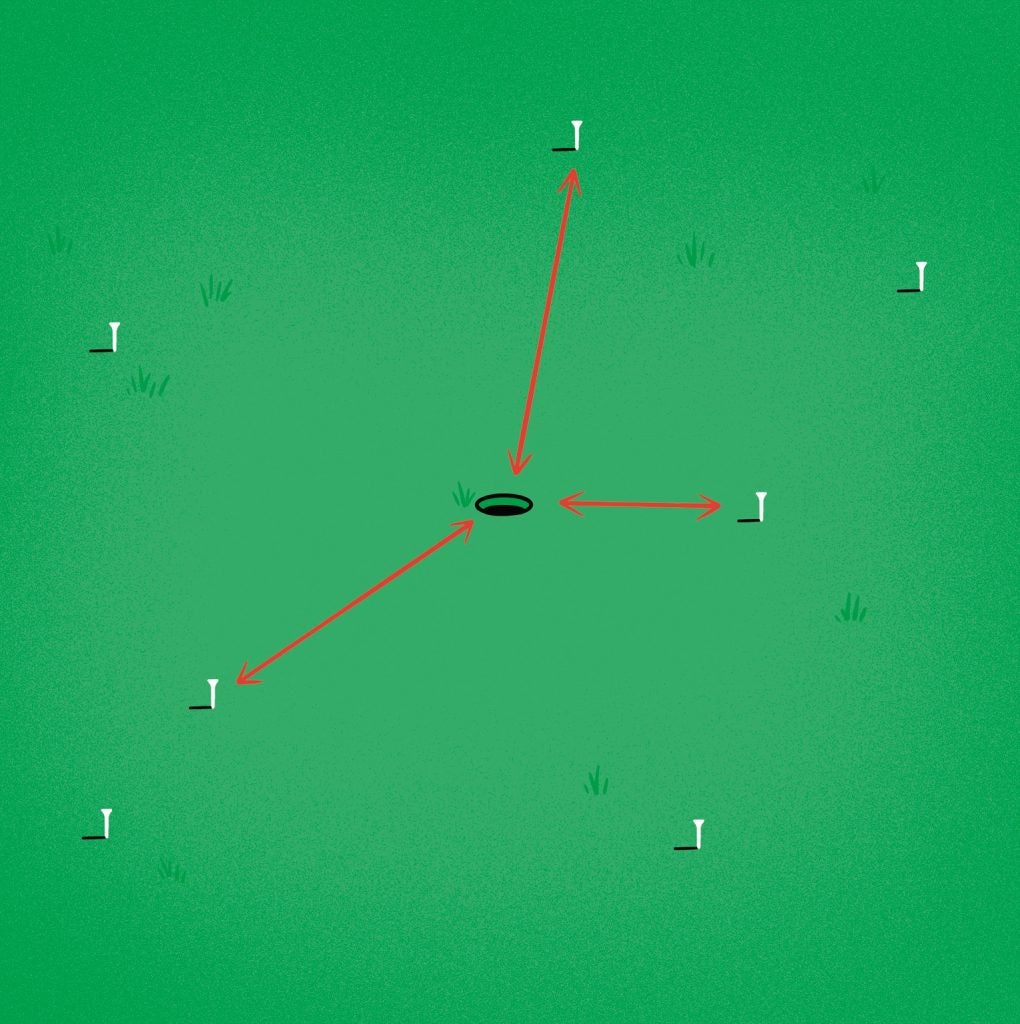 Turns out, that’s exactly what happened. The tees in question belonged to two-time PGA Tour winner Brian Harman, who purposely sets them out as though they’ve been strewn by the wind (illustration, above).

As Harman explains, when you’re on the course, you rarely face the same putt twice, especially back-to-back. If Harman misses one putt, there’s no chance for a redo. If he gets on a hot streak, it’s because he’s actually reading the putts well and executing, not because he’s going through the motions. With this randomized drill, Harman forces his mind to adapt every time he steps over a putt. There’s no comfort zone. Practice how you play, right? Give it a try yourself. 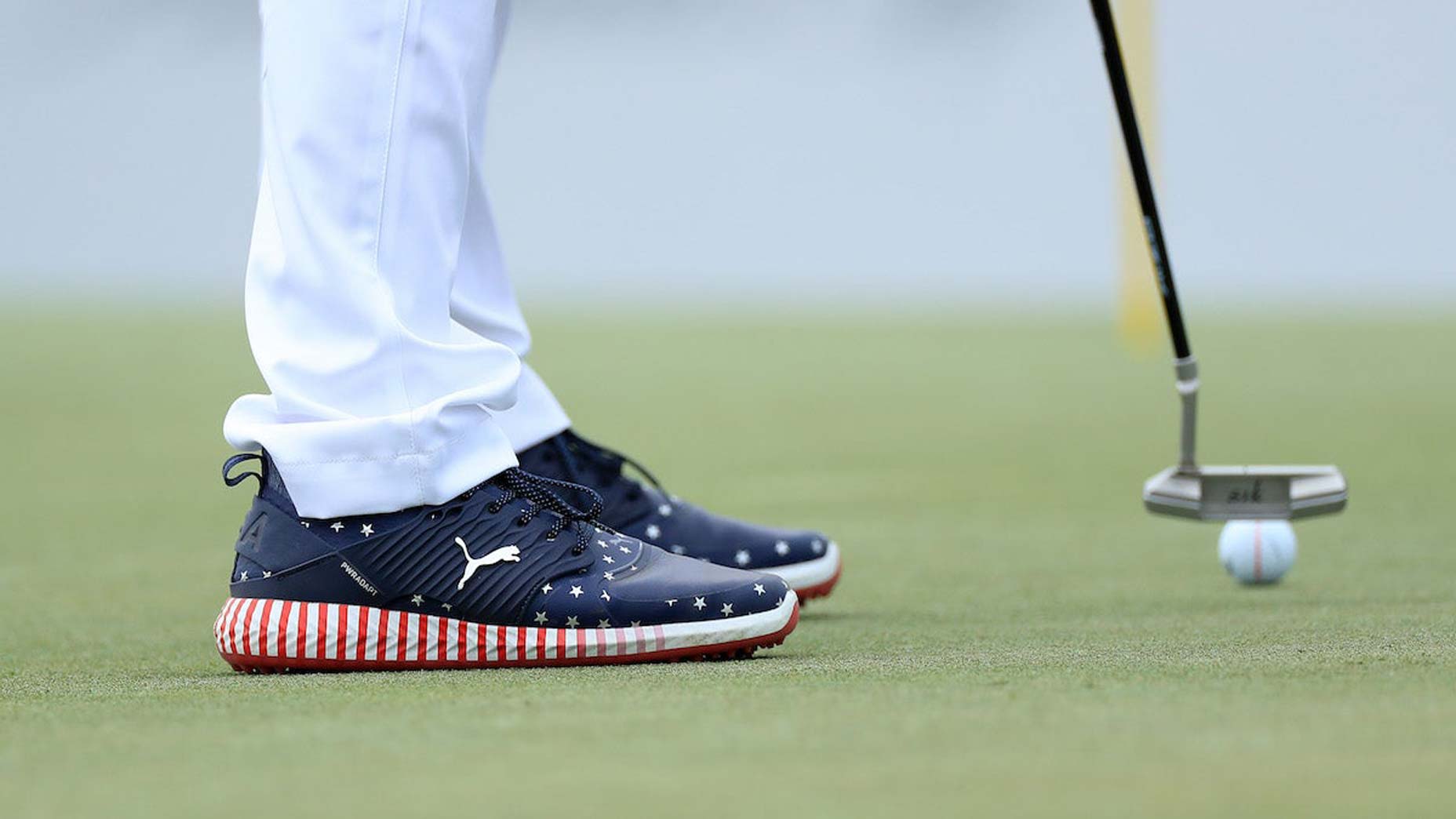